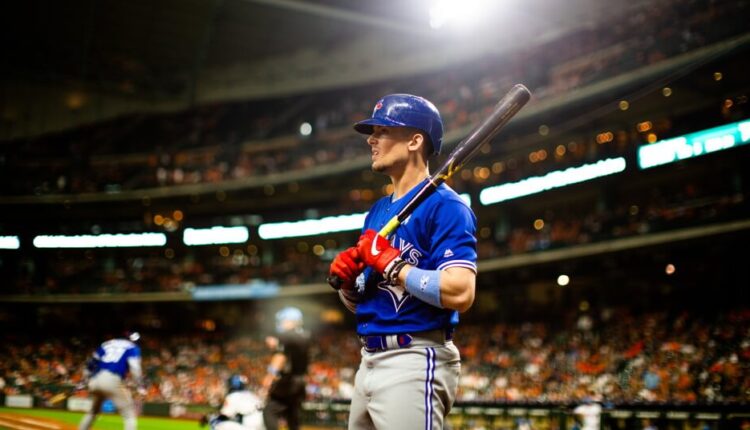 He may not be the best second baseman in his league, or even in his division. However, Cavan Biggio’s 2020 fantasy outlook is on the rise, as he is an extremely interesting player with a unique profile that can help players in a myriad of formats.

Biggio is an extremely disciplined hitter: among players with at least 400 plate appearances, he had the lowest O-Swing% in the major leagues with 15.8. That is exactly three full percentage points lower than MVP candidate Alex Bregman. The second-sacker just doesn’t offer at bad pitches.

If you aren’t playing your fantasy baseball leagues on Fantrax, you’re missing out on the deepest player pool and most customization around.

That approach leads to lots of walks. With a 16.5 BB%, he was the owner of the fourth-highest mark in the Majors, behind Mike Trout, Yasmani Grandal, and Bregman, again setting the bar at 400 plate appearances. That’s good company right there.

However, being so selective and working lots of high counts leads to a lot of strikeouts. He was 18th in the bigs in K% with 28.6, but something seems off, as his 8.7 SwStrk% is very manageable, even above-average.

The evidence suggests that he was a little too passive with two strikes. Hey, ask any coach and he would tell you that he prefers to teach aggressiveness to a passive batter than trying to “discipline” a player with contact and/or pitch selection issues.

As a result, Biggio’s 2020 fantasy outlook is promising because his 18th-ranked K% number just doesn’t go with his 154th-ranked SwStrk%. If he shows a little more aggressiveness, he could explode next season.

Plenty of pop and speed

The second-sacker has very good power for a middle infielder, and he does plenty of damage on contact (.419 xwOBAcon.) He has good numbers in hard-hit rate (40.1) and exit velocity (88.7 MPH,) although they aren’t elite. They are more than enough to make a splash, though.

He is not famous for his defensive contributions (-2.7 fielding runs, per Fangraphs) but fortunately for us, Biggio’s fantasy value is not affected by what he does with the glove. The dynamic infielder simply has to avoid being such a disaster in the field that his playing time diminishes, which doesn’t seem to be the case right now.

What does matter for fantasy is the fact that he excels in the basepaths. Biggio compiled 4.9 baserunning runs, good for 20th in the Major Leagues while playing only 100 games. He stole 14 bags without being caught, and with 81st percentile sprint speed and good instincts, there is no reason to think he can’t get 25-30 thefts next year.

All things considered, Cavan Biggio should be already be viewed as a huge asset in OBP leagues. While he doesn’t quite have the same upside in leagues that count batting average, he can still be a solid contributor because of his intriguing power-speed combo and his fantastic runs scored projection; a product of hitting near the top of the Blue Jays’ order in front of Vladimir Guerrero Jr, Lourdes Gurriel, Bo Bichette, and company.

His .234/.364/.429 slash line may not raise many eyebrows. However, Biggio is a prime breakout candidate that figures to help fantasy players for several years even if he doesn’t improve his current level of production. If he does, look out.

WEEK 13 IDP SLEEPERS: Sneaky-Good Starts to be Thankful For