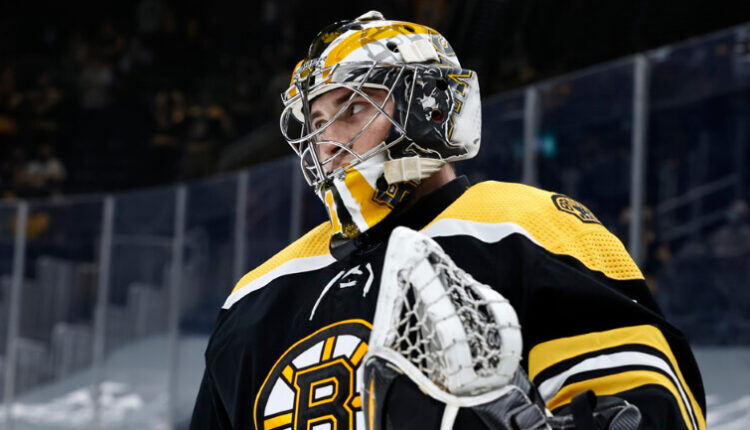 In this article, I will be looking at some early season storylines and determining how much you should care about them and how you should react in your Fantasy Hockey league.

The Boston Bruins signed Linus Ullmark to a 4-year contract with a $5 million AAV in the offseason and that kind of money is usually allocated to the starter. However, Ullmark got off to a slow start in the preseason and was outplayed by Swayman. Swayman is 22 years old and has just 11 starts under his belt, but he has a dazzling 1.45 GAA and .946 Save % in those games.

Boston went with Swayman to start their season and he delivered a win with just one goal against and a .964 Save %. I still expect this to be a committee but if Swayman keeps his high level of performance going, he will take more than 50% of the starts. As of this writing, Swayman is rostered in 77% of Fantrax Leagues and started in 39%. Those numbers should be at 100%.

Bertuzzi is off to a fast start to the season, scoring four goals in his first game and following it up with an assist in his second. He has 4 goals, 1 assist, 5 points, +5, 6 Shots, 3 Hits and 3 Blocks in 2 games and is averaging nearly 20 minutes per game in ice time. Bertuzzi is 26 years old so he’s a little beyond a typical breakout age but it’s not a stretch to suggest he’ll beat his career-high of 48 points this season. Unfortunately, he may have to miss some games this year as he will not be allowed to play in Canada due to his refusal to get vaccinated. 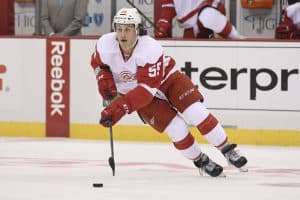 If Bertuzzi is available in your league, he’s worth a pickup and a start as long as he stays hot, but I have low expectations that he will be a permanent, season-long starter.

Here are some ownership levels for popular rookies on Fantrax:

If you have room on your roster, pick one up but leave them on your bench for now until they break out. However, I would not overreact and drop a good, established player for one of them.

I, along with just about every other fantasy hockey expert, suggested Tyler Johnson as a sleeper pick thanks to his preseason lineup spot centering Patrick Kane and Alex DeBrincat at both 5 on 5 and the powerplay. Well, it didn’t take long for him to blow it and get bumped down to the third line. The primary beneficiary of this move is Kirby Dach who is now in that first-line spot with Kane and DeBrincat. He is not on the top powerplay unit yet, but it’s likely only a matter of time before he bumps Johnson from that spot too.

Kirby Dach is a FAR more interesting fantasy hockey player than Tyler Johnson. He was the third overall pick in 2019 is one of the best young prospects in the league. He’s only rostered in 81% of leagues so if you happen to be in that 19% where he is available, go pick him up right now. As soon as Dach takes over that PP1 spot, get him into your lineup!