Buyers and Sellers for the NHL Trade Deadline 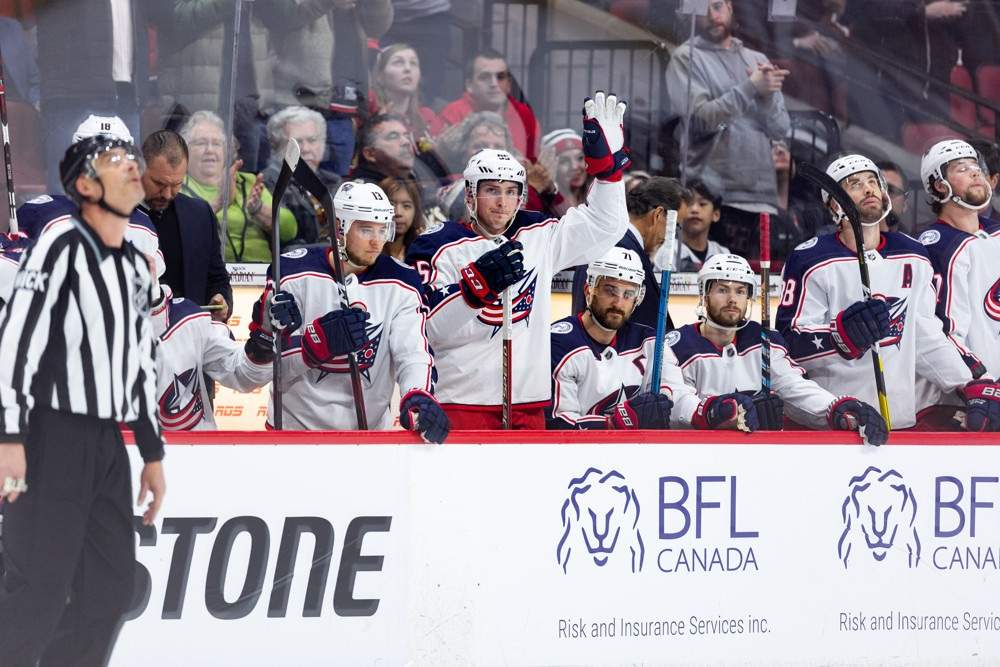 The NHL Trade Deadline is right around the corner. Some teams have already begun the wheeling and dealing, but there are many big names left available. Today we’ll look at what each team might do ahead of Monday’s deadline.

Ottawa Senators: The biggest domino has fallen, by sending Matt Duchene to Columbus. Mark Stone is likely next, and remains the biggest name on the market. Ryan Dzingel also appears on the move, and depending where he and Stone go, their values should spike. They could look at moving someone like Cody Ceci too, but their roster will be fairly depleted without the three forwards, and might want to keep the defender going forward.

New York Rangers: Kevin Hayes, Mats Zuccarello, and Adam McQuaid could all be on the move. The former two would improve any contender’s top six forward group, while McQuaid would solidify a team’s bottom pairing. Hayes in either Winnipeg or Nashville could be a good fit, allowing Bryan Little or Kyle Turris to become his team’s third line center.

Minnesota Wild: Charlie Coyle was already sent to Boston, and more bodies could be shipped out in the coming days. Jason Zucker, Mikael Granlund, and Jonas Brodin all have term, and would see a rise in value should any get traded to a contender. Eric Staal is the big pending UFA, and most likely to be dealt. Perhaps he’ll join his brother Jordan Staal in Carolina’s pursuit of the playoffs? Although after how the Nino Niederreiter/Victor Rask deal turned out, another deal between the two teams might be less likely.

Detroit Red Wings: The Wings have already traded Nick Jensen, and could be looking to move Gustav Nyquist, Thomas Vanek, Niklas Kronwall, and Jimmy Howard. The first three have either a no trade clause or a modified version of one, so finding the right fit for each player might be unrealistic. Nyquist should attract the most attention, but could be the last player moved on trade deadline day. Detroit waited when moving Tomas Tatar last year, and doing so paid off dividends.

New Jersey Devils: Marcus Johansson, Ben Lovejoy, and Keith Kinkaid are their notable pending UFA’s, with Johansson being their biggest trading chip. Both he and Lovejoy are being rested, suggesting they’ve played their last games in a Devils uniform. Johansson could have multiple suitors, and was lighting it up with seven points in six games before being scratched. Perhaps the Dallas Stars or Colorado Avalanche pick him up to bolster their secondary scoring.

Philadelphia Flyers: Wayne Simmonds is a hot commodity, but it’s unclear whether the Flyers want to move him, or keep him as they push for a playoff berth. The results of Saturday’s meeting against division rival Pittsburgh could be the deciding factor.

Boston Bruins: The B’s already picked up Charlie Coyle, but might not be done there. They could use another forward, and have the assets to acquire one. Someone like Wayne Simmonds or Mats Zuccarello could slot on the wing next to David Krejci, allowing Coyle to center the third line.

Toronto Maple Leafs: They started shopping early, by trading for Jake Muzzin. They could use another defenseman though, so perhaps Adam McQuaid or Ben Lovejoy would be a fit in the blue and white.

Calgary Flames: The top team in the Western Conference might be looking to stock up for a playoff run. With James Neal out (lower body) picking up another right wing wouldn’t be a bad idea. Ryan Dzingel could be the right fit.

Nashville Predators: The Preds how been no stranger to making big moves, and could be looking to make another. The team is a clear contender, with most of the core in its prime. Don’t be surprised if they go after someone like Mark Stone, Kevin Hayes, Wayne Simmonds, or Mats Zuccarello. They have highly touted prospects Eeli Tolvanen and Dante Fabbro they can use as trading chips.

Winnipeg Jets: Like division rival Nashville, the Jets are in win-now mode. It’s an arms race between the two teams, so expect the Jets to try and make an addition. They have Jack Roslovic and Sami Niku that could be used to fetch an upgrade at forward.

New York Islanders: It’s been an impressive turnaround season for the Isles. Sitting first in the Metropolitan division, they could be in the market for a forward. They have a deep prospect pool, and could use that to bolster their lineup. Someone like Gustav Nyquist could slot in nicely on Matthew Barzal’s wing.

Pittsburgh Penguins: As long as Sidney Crosby and Evgeni Malkin are in their prime, the Penguins will be buyers. They don’t have as deep of a prospect pool to make a big splash, so they could be more inclined to shop for depth players this year.

Washington Capitals: The reigning champs have been busy, acquiring Carl Hagelin and Nick Jensen. That could mean they’re done making changes, but don’t rule out the possibility of them targeting another bottom six forward. Maybe Riley Sheahan would be a fit as he can play both center and wing.

Tampa Bay Lightning: This team is head and shoulders above the rest of the league. There’s no need for them to do much this deadline.

San Jose Sharks: They made their big acquisition early on by getting Erik Karlsson. They don’t have enough prospects and picks to make another big trade.

Columbus Blue Jackets: The Jackets have had arguably the toughest decisions to make. It doesn’t appear that Sergei Bobrovsky and Artemi Panarin will stick with the team after the season. The acquisition of Matt Duchene doesn’t clear things up either. Duchene makes them a better hockey club now, so they could try and make a run with all of Duchene, Panarin, and Bobrovsky. Or, they could sell the latter two, recouping some of the assets sent to Ottawa. Seeing that the team is fighting for a playoff spot, it will be interesting to see which direction they take.

Florida Panthers: The Panthers picked up Derrick Brassard and Riley Sheahan while shipping Nick Bjugstad and Jared McCann to Pittsburgh. Brassard and Sheahan are pending UFA’s, so it’s quite possible they get flipped again. Sheahan could be an option for multiple teams as a depth player, while Brassard would make a good backup plan for any team that misses out on Hayes. Florida could be in the market for Panarin and Bobrovsky, should Columbus decide to move them.