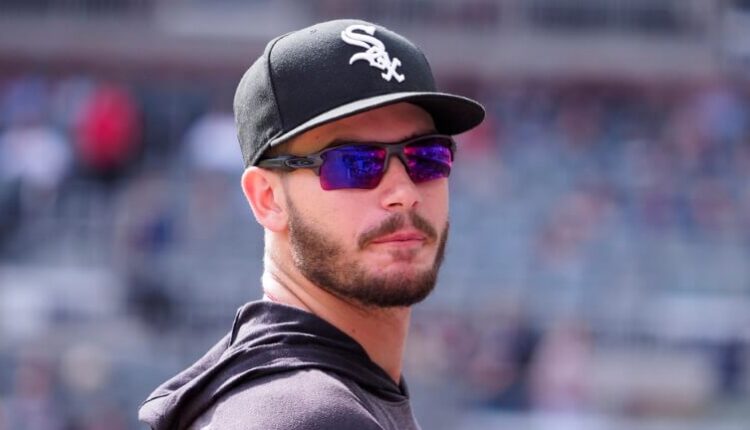 That said, having consistent and reliable starting pitchers hold high value, particularly during the offensive surge. Last week, we looked at two starting pitchers. This week, we’ll analyze one hitter and one pitcher in Dylan Cease and Nick Solak. As always, we’ll look at the surface and underlying metrics to see where the data leads us. With that data and information, it will help us decide whether to buy or sell this player’s production.

When looking at the game logs, Cease has four quality starts where he allowed one total earned run. He was one out away from a quality start in two other starts while allowing one earned run total.

In terms of BABIP allowed and LOB%, Cease has a mix of results throughout his brief major league career.

Dylan Cease boasts the best swinging-strike rate in his MLB career at 14.9%. That’s likely due to much less contact in the zone and overall. Cease allows a 77.4% Z-Contact% and 68.6% Contact% overall compared to a Z-Contact% around 83-84% and Contact% around 75-77% in 2019-2020. More whiffs plus less contact helps his ratios and results. That leads us to the pitch mix and results.

It’s not rocket science to notice that Cease’s pitches elicit less contact, a slightly higher chase rate, and a higher swinging-strike rate leads to better results. That said, let’s peek at the movement profile on his three primary pitches (four-seamer, slider, and curve).

Should We Buy or Sell Dylan Cease?

Let’s take a brief look at the game logs for Dylan Cease. We notice some highs and lows, which translates to a few other metrics in K-BB%, BABIP, LOB%, and SwStr%.

Cease often received prospect grades with filthy stuff but struggled with command and control. That is evident given his brief career.

All those ERA estimators fall in line with Cease’s 3.81 ERA on the season. The ERA estimators plus the skills and pitch results in plate discipline indicate we should buy into Cease more than sell. However, keep in mind that the struggles with command and control appear evident when watching Cease take the mound and the underlying data to back that up.

Side note – I stumbled upon an article in The Athletic that discussed how Dylan Cease continues to learn and grow from his coaches and veteran teammates. One example from the article involved Liam Hendriks introducing Cease to Codify, a game-planning service that shows pitchers visuals of how or where their pitches will be most effective. Several notable pitchers use this service, including Lucas Giolito, Marcus Stroman, Jameson Taillon, and many more.

An announcement that should interest some of you @whitesox fans: Dylan Cease was test driving Codify last game (🔥) and will be working with us for a while to see how it goes. 😎

If you want to learn a bit more about Codify, check out their social media (linked above) or a couple of articles on Pitcher List and The Athletic.

All that said, we have more reasons for optimism than concern for Cease, meaning I’m buying into the changes in 2021. Nathan Dokken ranks Cease at SP35, which is a fair spot given the other pitchers around him.

So what changed? First off, Solak’s .293 BABIP dipped from a .354 BABIP in 2019 and .320 BABIP in 2020, which translates to the lower batting average this season. With the change in strikeout and walk rates, we head to plate discipline.

Unsurprisingly, Nick Solak has the worst chase rate of his career with a 37.2% O-Swing%, which never reached 30% the past two seasons. Solak typically relied on making a ton of contact, especially in the zone. Well, that changed so far in 2021 with career lows in Z-Contact% and Contact%. All of this makes sense and a bit concerning for Solak’s profile.

The hard-hit metrics for Solak look about the same, with a 7.8% barrel rate and 35.9% hard-hit rate. However, Solak holds a .298 wOBA that falls in line with his .297 wOBA in 2020. Even Solak’s .373 xwOBAcon is similar to previous seasons. Regardless, Solak hardly lights up the Statcast metrics, so take these metrics with a grain of salt even though they aren’t great.

Should We Buy or Sell Solak?

We should probably expect Nick Solak’s BABIP to rebound a bit closer to his career average of .314, and the projection systems take that into account. That said, the BAT X projects Solak for a .255 batting average with nine home runs and four steals.

Per Baseball Savant, Nick Solak is struggling or hitting mediocre against most types of pitches this season. Maybe this means pitchers have adjusted, or this means it’s a bit of an outlier season for Solak since the plate discipline metrics look off with him chasing a ton.

I’m not sure how much there is to take away from the pitch results data, but it’s noticeable in the production from Solak in 2021. Admittedly, I don’t have Solak on any teams, so I wasn’t buying before the season, and I wouldn’t recommend buying now. Even the team context of the Rangers does not provide any upside for the most part.