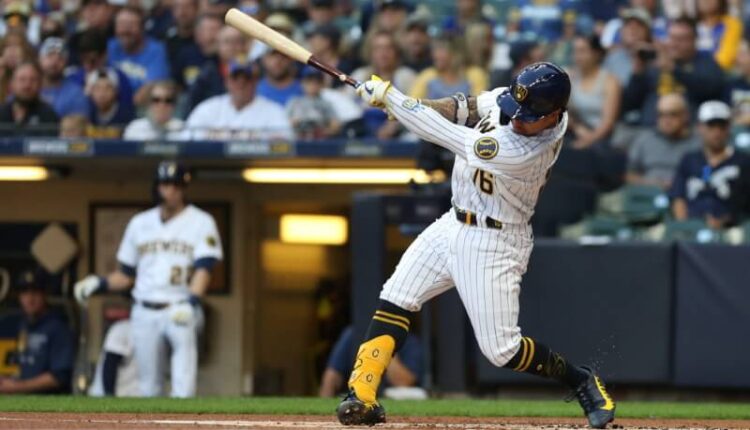 Researching candidates to buy low on is always a fun activity. One of the easiest ways to succeed at fantasy baseball is to never stop working. There are always ways to improve your team and the key is to know how. In the article below I am going to look at which hitters have been cursed by the baseball gods so far this year. These are some of the unluckiest hitters in the league. I am then going to detail three batters that you should be buying low on before they breakout!

BABIP, is a statistic often used by fantasy baseball analysts to determine if a batter has been lucky or unlucky each season. The acronym stands for Batting Average on Balls In Play. Typically, a .300 BABIP is considered to be league average. Some players run a higher than average BABIP for a variety of reasons. The first thing to consider is the speed of a player. A faster player has a higher chance to beat out an infield ground ball than a slower player. Faster players typically have a higher BABIP than slower players. Another reason a player might run a higher BABIP is their hit-type tendencies. In an article from 2014 on Fangraphs, the average for each hit-type is as follows:

Players that hit more line drives are bound to have both a higher average and a higher BABIP. Line drives have by far the highest expected batting average amongst all hit types. Therefore, if a player hits a lot of line drives, their BABIP should be above league average.

I pulled data from Fangraphs to look at how this theory held up against early data from 2022. I broke down the average BABIP for each section of players based on line drive percentages. This data was pulled on Sunday morning and consists of players that have at least 80 plate appearances so far this season.

As you can see in the table, players with higher line drive rates have a significantly higher BABIP. There were six players that had a BABIP below .260 while posting line drive percentages of at least 24%. These are the players that I am concluding have been extremely unlucky to start 2022. These six players are Nick Senzel, Aledmys Diaz, Corey Seager, Joey Gallo, Seth Brown, and Kolten Wong. I wrote about Gallo being a potential buy-low target once already this season so you can check that out here. Aledmys Diaz does not have a starting job, so he is not somebody I would pick up. I also wrote briefly about Seth Brown in my latest AL lineup analysis article which you can check out here! I dive into the other three players as great buy-low candidates below!

Players to Buy Low On

Senzel is a former top prospect who has not been able to stay healthy in the majors. Even when he has played, Senzel has looked far from what made him a number two overall draft pick. This year has been much of the same on the surface. Senzel is batting just .211 with one home run and zero stolen bases. Based on the findings above, Senzel should be hitting for a higher average than he has so far. Senzel has a line drive rate of 26.2% this season. Despite this, he has posted just a .250 BABIP. Throughout his short career, Senzel has posted an average BABIP of .290. Senzel possesses speed, and a strong tendency to hit line drives. This should be the perfect combination to produce an above league average BABIP.

Not only should Senzel’s line drive rate help produce a higher average, but the ballpark he plays in should too. Great American Ballpark is one of the best places for a batter to play. So far in 2022, the stadium Reds’ stadium ranks as the number one stadium to hit in based on Statcast Park Factors. While this is in part to its influence on home runs, it also ranks in the top five for hits. Getting to play his home games at GABP should help Senzel to improve his average moving forward.

In the table below, you can see a comparison of Player A and Player B:

There are striking similarities between these two profiles. Player A is Nick Senzel from this season, while player B is 2020 Whit Merrifield. Senzel might not provide the stolen bases that make Merrifield such a valuable player in fantasy, but Senzel should see his luck improve soon. He also stole 14 bases in 104 games back in 2019 and could be a nice buy-low candidate right now.

Corey Seager was arguably the biggest free agent signing made this offseason. Texas went all in to acquire the lefty slugger and while he has not been bad, he has been slightly disappointing at least from an average standpoint. Seager has already hit 10 home runs but is hitting just .237. I for one am not concerned in the slightest about Seager and think this is the perfect time to acquire him. Seager has a line drive rate of 24.5% but has posted just a .241 BABIP. This is far below his career average BABIP of .329. There have not been any significant changes to Seager’s quality of contact numbers for such a severe drop in BABIP to be warranted.

The move to Texas could be helping drive a slight decline in his BABIP numbers. Dodger Stadium has a hit score of 101 on Statcast Park Factors, while Globe Life Field has just a 98. Seager essentially moved from a park that is slightly above average to one that is slightly below average for hitters. However, there is no way this should drive a drop in BABIP of nearly 90 points. Seager should start seeing his batting average and BABIP improve and will be one of the best shortstops in fantasy moving forward. If anybody is willing to sell low on Seager, the time to buy him is now.

Fantasy managers that own Wong have been impressed with his stolen base totals early in 2022. He has already stolen eight this season which is only four shy of his total from 2021. Despite this, the rest of Wong’s profile has been disappointing thus far. While he has never been a power hitter, he has a career average of .260. So far this year, he is only hitting .222. His career average BABIP is .294, but so far this year that number sits at just .250. Despite posting a career-low BABIP so far, Wong has a career-high line drive percentage. Wong’s line drive rate in 2022 is 25%. This should be boosting his BABIP to at the very least league average while Wong sits well below.

Statcast has never been a fan of Kolten Wong. He consistently posts below average barrel rates and exit velocity. Despite this, Wong has a strong track record of success and has proven himself to be an anomaly to the norms of statcast. So often, fantasy baseball managers look at a player’s Baseball Savant page to see if a player has value. Any person looking at Wong’s page will see a below-average player that could easily be overlooked. Wong’s Savant page has never been accurate in portraying Wong’s ability to hit for a high average and score a lot of runs. Wong is still leading off for Milwaukee against right-handed pitchers and should continue to score runs at a high rate. He should continue scoring runs at a high rate and see his average increase as his BABIP starts to come up. Wong is an excellent buy-low candidate right now.