Buy Into These Hitting Prospects 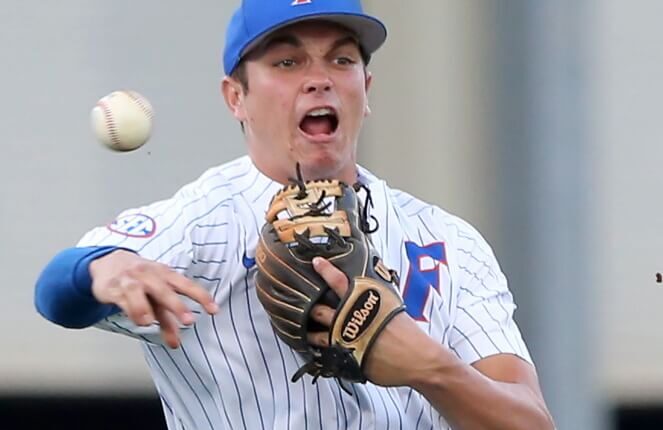 Last week we went over pitching prospects to buy into, and now we are gonna talk about how you should buy into these hitting prospects. In dynasty leagues, it is so much easier to rebuild around hitters and trade for pitchers when it’s time to compete. While most people are content just grabbing consensus top prospects, there is value in grabbing, “the next guy.” These are all hitting prospects I myself have bought into and roster across multiple dynasty leagues.

This time around I did break the rule of not going after guys on Eric Cross’ Top 250 list, but I think we can let it slide because this is someone I thought would have broken out in 2020. But let’s keep it as our little secret.

3 Unheralded Hitting Prospects to Buy Into

Hernandez has shown in the lower levels that he can absolutely rake, and he doesn’t have to sell out for power either. While he doesn’t project as a stolen base asset in the fantasy game, he could still be a fantasy contributor thanks to his polished hit tool and plus power. He shows the ability to walk, walking 12.1% of the time in 2019, and hit for power and this is the type of profile that will always pique my interest.

The only problem with the former J2 signee is he is rough as a catcher. Even so, he should be playable as a first-baseman and allow the bat to carry him to the promised land. I have bought in, in multiple leagues because of the chance for a plus hitter with plus power and I would implore you to do the same, even if he is a first baseman. Now is the time to buy, before he becomes a legit fantasy asset as opposed to just someone on a buy into these hitting prospects article.

McConnell is among the fastest position players in a Kansas City system that seems to value speed very highly. He is a dynamic athlete in the field and on the basepaths, which should lead to him being a potential massive stolen base threat if he makes it to the bigs. He also shows above-average power which combined with the speed makes him an intriguing fantasy asset to own.

Seems to be perfect, right? Well, McConnell has some drastic swing-and-miss in his game, so much that some questioned his ability to hit even upper-minors pitching. I do believe that there will always be swing and miss concerns in the former Florida Gator’s game, but I do think there is a chance he can become an average hitter, which will allow the power and speed to play in-game.

We all know that speed is a premium in today’s game, I mean some of us willingly play Mallex Smith, which makes McConnell a buy in my opinion. If he becomes a .250 hitter there is a chance for 20-20 upside, with more on the stolen base side. If McConnell’s hit tool does progress he transitions from a buy into these hitting prospect guy into a legit fantasy asset.

Want to insert a high-upside lottery ticket into your farm system, buy a share of Tre Fletcher. The 2019 second-round pick has an immense upside with a very low floor. Fletcher is very raw in the batter’s box, he will swing-and-miss at almost everything, in the zone out of the zone he has no preference. I love the scouting term “sushi raw” and that is the best way to describe Fletcher’s hit tool, but that is fine because that’s why we are buying him at such a value.

If there is some cause for optimism with the Cardinals farmhand it is the other tools.  He does bring above-average power and plus speed to the table. There is a chance for 20-20 upside from Fletcher if he can iron out the hit tool which I wouldn’t put it past him and the Cardinals.

Some will say it’s Cardinals’ devil magic, but us smart people know the Cardinals do a good job of developing hit tools. This is why I am optimistic about Fletcher because he went to one of the few organizations that can coach up his “fatal flaw.” Of all the guys in this article he has the highest upside because these skills are the type, you draft in the top 5 rounds in redraft leagues.

The 5 Most Important Summer Storylines (and not a single one involves a transfer!!)