Should You Buy Into Pablo Lopez? 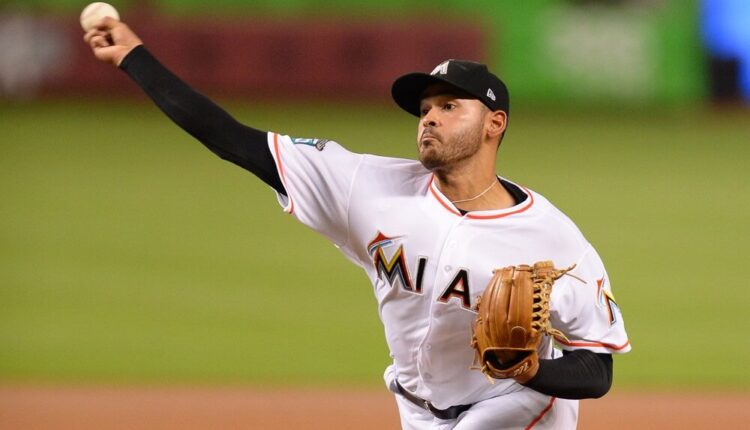 This is a popular saying that indicates that results are not always all that matters. In fantasy baseball, results are ultimately the sole purpose of playing the game. The goal is to have the best results at the end of the season. However, to get to that point, you need to look past just the surface results. There is a reason we look at stats just deeper than the five categories that typically matter for fantasy. The whole point is to try and estimate a player’s performance going forward and go with the most likely scenario. In fact, there is one starting pitcher that you would want to own if you take away his surface numbers.

Pablo Lopez has been a darling of the fantasy industry, but many have soured, especially with his latest outing, which lasted just three innings, but could have been even shorter. He recorded just nine outs but allowed 10 runs on 10 hits and two walks. The terrible outing brought his ERA up to 5.93. He also currently has just two wins, a 1.29 WHIP and 42 strikeouts in 41 innings pitched. So why should you care about a pitcher who has one positive category (strikeouts) and three that would hurt you? Well, that is why we have to look past just the surface results!

There are currently 93 qualified starting pitchers in the MLB. Of them, no one has a bigger difference in ERA-FIP than Lopez. Currently, he has a 5.93 ERA and a 3.82 FIP. The difference between his ERA and FIP is 2.11. The next closest is Ivan Nova, with an ERA-FIP at 1.65. Now I know what you are going to say, being in the same group as Nova is not good for a pitcher. You would be right. Except if you look at the pitchers after Nova on this list: Zack Wheeler (1.64), Noah Syndergaard (1.58), and Carlos Carrasco (1.40) are the next three names. The group of pitchers with a FIP lower than four, an ERA-FIP greater than one and at least a 23 percent strikeout rate is made up of: Lopez, Wheeler, Syndergaard, Carrasco, Brandon Woodruff, Max Scherzer, and Eduardo Rodriguez. That’s it. There is a ton of talent on that list and you would not let any of those other pitchers sit on the waiver wire.

If you now feel good that improvement will be coming for Pablo Lopez, the next question becomes: how will he improve? The first aspect is not letting base runners score when they get on. I know that is a lot simpler said than done, but Lopez has been especially unlucky in this aspect. Currently, Lopez has a 58.8 percent strand rate. Meaning that over 40 percent of the time, a batter who has reached base has scored against him. League average for a starting pitcher is 72.4 percent. Lopez is one of only five qualified pitchers with a strand rate lower than 60 percent. The other four are Jameson Taillon, Joe Musgrove, Collin McHugh, and Matt Harvey. As his strand rate begins to normalize, his ERA should start to look a lot more like his FIP this season.

Additionally, there is a ton to like with Lopez’s profile this season. He has the 10th highest ground ball rate (51.7 percent) among qualified starting pitchers, as well the 13th lowest hard-hit rate (30.3 percent), and the 31st highest K-BB rate (17.5 percent). That last one may not sound impressive until you realize he is ahead of pitchers such as Walker Buehler, Eduardo Rodriguez, Masahiro Tanaka, Cole Hamels, and many others. Prior to that last outing against the Mets, Lopez had begun going deeper into games. That has been one of his biggest issues this season, as he has averaged 84.6 pitchers per start. The Marlins have allowed him to top 90 pitches in just one of his eight starts, and have yet to allow him to surpass 100 pitches in any start. The hope is that if/when he begins to have these better results, that the Marlins allow him to go deeper into games.

Right now fantasy owners should look to take a shot on Pablo Lopez. He is owned in just 55 percent of Fantrax leagues, and that’s a testament to the Fantrax player, because that number is significantly lower on other sites. I have held onto him where I have him, despite the terrible last outing and the over five ERA. Will he be in my starting lineup anytime soon? Perhaps on a two-start week and that is all. However, I am holding onto him, as I believe there are better days ahead. I recommend anyone in 12-team leagues or deeper take this same shot. The strikeouts are there, the ground balls are there, the ability to limit hard contact is there. The only thing that isn’t there yet is the surface results, but even those shouldn’t be too far behind.

This season I drafted Trevor Richards in every league that I could, getting him outside the 20th round in the majority of drafts. He was one of my favorite late-round pitchers. My reasoning was that Richards began throwing his changeup over 35 percent of the time in July and saw big strikeout gains from that point forward. He continues to throw his changeup 34.6 percent of the time this season and still is seeing the strikeout gains, but the results just did not follow.

Richards has a 21.5 percent strikeout rate, with a 13.3 percent swinging strike rate, the 13th highest among all qualified starters. The strikeouts have been the lone positive for Richards, as his command got significantly worse this season. He has a 12.4 percent walk rate, the fourth highest among starters. Not only has he allowed a ton of runners via the free pass, him falling behind the count leads to him allowing more hard contact. So far this season batters have a .480 wOBA when ahead in the count against Richards, with a .421 BABIP. Additionally, Richards has a 40.8 percent hard-hit rate and a 48.7 percent fly ball rate, both of which are higher than preferred for a starting pitcher.

While the strikeouts are nice, Richards has a 5.21 FIP, the 12th-highest among qualified starters, and a 5.56 xFIP, the highest among starters. Richards started off hot, before really struggling in the majority of his past six outings. Walks were never an issue for him in the minors, so perhaps there is something off mechanically with Richards right now. Or perhaps his stuff outside the changeup just isn’t good enough to play in the majors and he has to pitch this way in hopes of making batters chase. Either way, until he fixes his command it is too difficult to trust him. I still have Richards in a number of 15-team leagues, but have dropped him in a 12-team league and think you can as well.

If you have any questions hit me up on Twitter, @MichaelFFlorio!