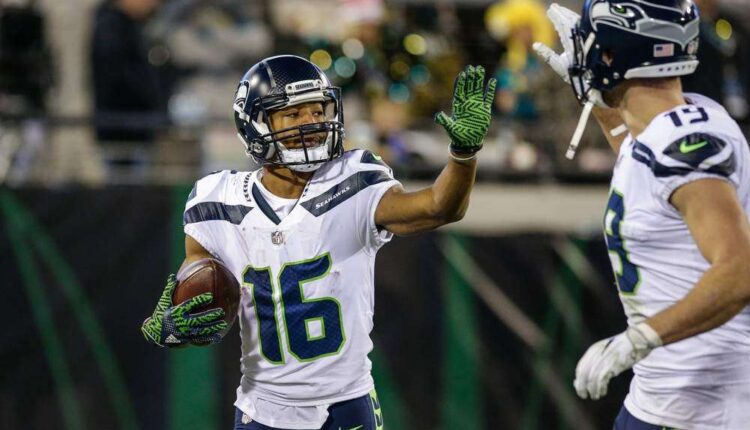 Making bold predictions after just one week of football is tough. It’s easy to latch on to performances from the first action of the season and generate an opinion of what lies ahead for each player. That said, some of our bold predictions for Week 2 were flat-out misses, for one reason or another. Others, though, were spot on, though maybe slightly off by a touchdown or a few other points. For example, Reese Jones suggested a 6/80/1 stat line for DeVonta Smith in Week 2 after being held without a catch in Week 1. Smith wrapped up Monday Night Football with a 7/80/0 stat line. Hopefully, you started him.

The key here is that each of us providing you with a bold prediction on a weekly basis aren’t just wishful thinking. We’re pouring over stats, trends, and upcoming matchups to give you the best advice possible as you go to set your lineups. The results may not always be spot on, but the process behind them should put you in a position to maximize your points and win games.

Colin’s Breakdown: I’m predicting a breakout for rookie running back, Dameon Pierce, in Week 3. It’s only a matter of time before fantasy football managers are cementing him into their starting lineups on a week-to-week basis. My bold prediction is that it’s sooner than later as I’m much higher on him than most

Pierce’s popularity is a roller coaster ride. After Houston waived Marlon Mack in August, Pierce’s fantasy stock rose. Then, in Week 1, Rex Burkhead led the way with the most carries, targets, receptions, and yards out of the backfield. In Week 2, however, Pierce was the only Texans running back to carry the ball. His 15 carries and lone target dominated the opportunities between he and Burkhead 16 to 3.

Up next for Pierce is an away game against the Chicago Bears. Their defense has allowed the seventh-most rushing yards to running backs through two weeks of play. Additionally, they’re allowing the seventh-least receptions to the position, as well. That’s perfect because Pierce is best used in the ground game, anyway.

The Chicago Bears offense is running a league-low 48 plays per game. That’s good news for their opponents as fewer plays for Chicago often means short drives, punting, and more plays for the opposition. With a probable command of the ball, a possible positive game script, a leaky Bears run defense, and control of this Texan’s backfield, Pierce is primed for a big day. I’m calling his first 100-yard game and first career touchdown.

Lauren’s Breakdown: Jahan Dotson is having a fantastic start to the season.  Through two weeks, the rookie has combined for 99 yards and three touchdowns and is the WR15 on the season (based on Points Per Reception scoring).  I expect Dotson to continue to make noise in the end zone this week in a home matchup against the Philadelphia Eagles.

The Washington Commanders have started the season as one of the most pass-happy teams in the league – they have the second-most passing yards (613), and their seven receiving touchdowns are tied for the league lead.  While Dotson only has 10 targets on the season, five of them were in the red zone, which resulted in three touchdowns and one two-point conversion.  Additionally, Dotson leads the Commanders in snaps and routes run this season. So, more targets should be coming moving forward.

The Eagles are a middle-of-the-pack defense against wideouts this season, and the Commanders will likely have to throw a lot to keep pace with Jalen Hurts and Company.  There is no shortage of pass-catchers for Washington, but Dotson is the one with a knack for finding the end zone.  My bold prediction is that he’ll keep his touchdown streak alive and haul in a pair of scores this week.

Bradlee’s Breakdown: Not enough is being made about how solid Joe Flacco’s performance so far pitching in relief. He’s not just game managing either. In Week 1, he threw for 309 yards, one touchdown, and one interception. That stat line is a result of an astounding 59 PASS ATTEMPTS. Last week, the Jets got their first win of the season against the Browns. Flacco threw for four touchdowns, 307 yards, on 44 pass attempts. The Jets clearly trust Flacco to air it out, and dare I say, he looks better than Zach Wilson has these days. But I digress…

In Week 3, the Jets face the Cincinnati Bengals. Their defense has been inconsistent this season. In Week 1, they held Trubisky to under 200 yards passing and Najee Harris to under 30 yards rushing. Yet, they still managed to lose. Last week, the defense allowed the Cowboys backup quarterback, Cooper Rush, to throw for 235 yards and a touchdown. They also let running backs Ezekiel Elliott and Tony Pollard combine for just under 100 yards. I imagine last year’s AFC Champions will eventually make the necessary adjustments to get back in the win column, but it’s going to be difficult against a Jets team that is constantly throwing the ball. This will be the first quarterback that the Bengals face so far this season that has the ability to light them up. I think they’ll fail that test giving way for my bold prediction.

Tyler Lockett is leading the Seattle Seahawks in targets through two weeks of the 2022 season. The Seahawks aren’t running a ton of plays, though, but that makes Lockett’s team target share that much more important. He’s a team captain and an obvious leader on the Seahawks following the departure of quarterback, Russell Wilson.

I like my bold prediction of Tyler Lockett to follow up last week’s 107-yard effort with another 100-yard game, but with a score. He’s facing an Atlanta Falcons defense that’s tied for the most touchdowns (5) to wide receivers so far this season. They’ve also allowed the third-most receptions and just shy of 500 yards to the position in the first two games. Lockett may be “boom or bust” on most occasions, but this week he is a major boom candidate.

With Jimmy Garoppolo being thrust back into the starting role, I feel this opens things up for Brandon Aiyuk. Last week against the 49ers, Aiyuk led the team in targets with eight, seven of which coming from Garoppolo. Towards the end of last season, Garoppolo seemed to have good chemistry with Aiyuk. It just seems that they picked up where they left off.

Another factor to keep in mind is George Kittle still might not be 100% and Deebo Samuel might be used even more in the rushing game with the injury to Trey Lance. This leaves Brandon Aiyuk in a great position to have a big week going against a Broncos team that has yet to do anything impressive on defense. Also, I’m

sure Garoppolo wants to showcase to teams in the NFL that he’s still capable of being a starter and what better way to do so by beating Russell Wilson during a Sunday night game? Whichever way the game goes, my bold prediction is that Aiyuk will be a big part of it.

Reese’s Breakdown: You don’t need me to tell you that the Tampa Bay Buccaneers receiving corps is on life support. Mike Evans is suspended for Week 3 after blasting Marshon Lattimore following a fight on the field in Week 2. Chris Godwin is at least another week away from being able to log a limited practice. To top things off, even the depth options, like Breshad Perriman and Scotty Miller, haven’t been able to get in a full practice.

While Gage himself was limited this week, the 66% snap count he received tells a different story. Gage was out there and he reeled in five of six targets. It’s my opinion that the coaching staff is just being careful with Gage. Tom Brady will be relying heavily on his new wide receiver, just as many thought he would when the season began. Gage and the Bucs square off against a Green Bay team that has been pretty solid against the pass thus far. Playing across from another future first-ballot Hall of Famer, Aaron Rodgers, I believe that Tom Brady has the best game so far this season. My bold prediction claims Gage will be the primary beneficiary.