Blake Snell Out 4-6 Weeks: Is He a Hold in Fantasy Baseball? 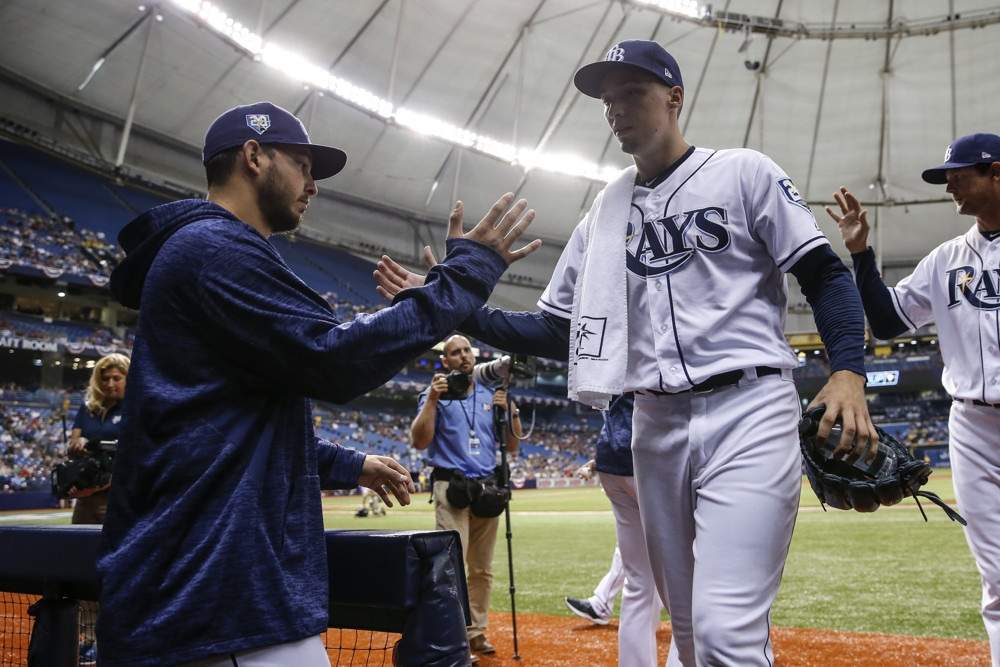 Tampa Bay Rays ace Blake Snell will miss at least the next four weeks, and possibly up to six weeks, after undergoing surgery to remove a loose body in his left elbow, according to Buster Olney of ESPN.

What Should Fantasy Baseball Owners Do With Blake Snell?

This injury puts a huge dent in the Rays’ wild card chances and it’s a big blow to fantasy baseball owners who were relying on the reigning AL Cy Young Award winner to carry them down the stretch.

After an up and down 2019 campaign, Snell had seemingly got back on track in recent weeks, compiling a 2-0 record with a 1.64 ERA and 31/6 K/BB over his last four starts. The big question now for Blake Snell’s fantasy owners will be what to do with the stud arm. If Snell misses the lower end of the timetable — four weeks — his return would have him back with the Rays the last week of August. However, if it’s six weeks, we’re looking at the second week of September, which is right around the beginning of the head-to-head league playoffs.

It’s a tough decision for redraft owners to make, as there’s a good chance he may not contribute at all for the remainder of the fantasy regular season. In roto leagues, he’s an easy stash, but it’s much more difficult in H2H leagues without an IL spot or one that is already occupied. Another thing to consider is how careful the Rays have already been with Snell throughout his career, allowing him to pitch more than six innings just twice this season and in only 23 of 75 starts since the beginning of 2017.

My suggestion would be to hold for now and don’t make any rash decisions; there’s no one on the wire that can produce numbers like him when he’s on the mound. But in the next week or two, depending on how your team fares, decisions will need to be made. If you’re on the cusp of the playoff picture, it might not be a bad idea to throw some offers out to teams at the top of the standings, which is a scenario that could benefit both parties involved. Just don’t scare them away with an unrealistic offer.

If you’re moving Snell to your IL, these starting pitchers might be worth adding to fill his spot in your rotation:

Danny Duffy, Royals (48% owned): Allowed 3 ER or less in six of last eight starts, but has a couple of tough matchups ahead.