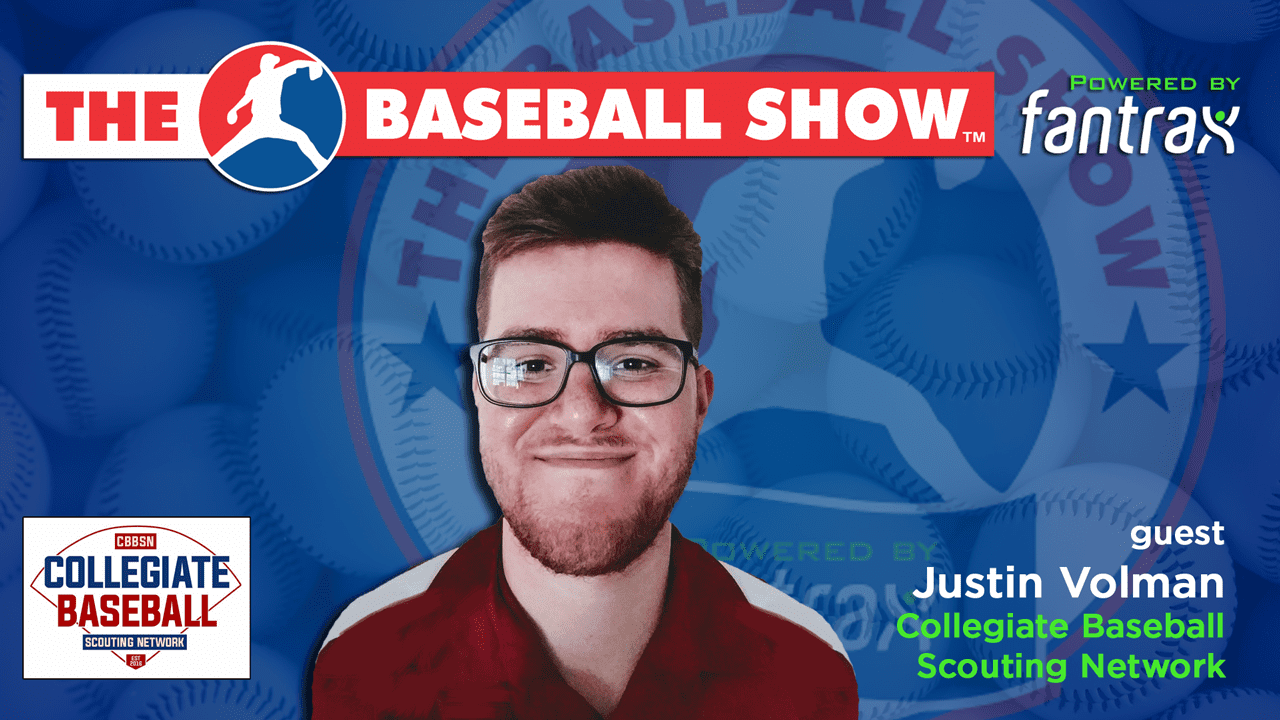 This week we are joined by Justin Volman (@JustinVolman), who is the CEO of the Collegiate Baseball Scouting Network. He joins us to discuss some partnerships with MLB teams he has cultivated to study pitching mechanics, as well as the upcoming 2018 MLB Draft. The names Casey Mize, Alec Bohm, and Jonathan India, are ones you want to start familiarizing yourself with for your Dynasty leagues. We also feature Milwaukee Brewers pitching phenom Freddy Peralta. Is he for real? Or overhype in the making? Our own Prospect Jesus, aka Pitching Jesus, dives deeper into the arm everyone in fantasy has been clamoring for.

Additionally this week, we did a Postgame show on Periscope where we went a little longer, a little less formal, and got into a bunch more. Robbie Cano off the field; Garrett Hampson breakout; Amir Garrett a Closer to target?; FMKs with Franchy and Franmil; Cavin Biggio; Dan Winkler; Christin Stewart; Memorabilia, Chick-Fil-A ratings, frosted lemonade, Devon Travis, and more! Let us know what you think of this new format. Is it too confusing and complicated? Does it work and flow better? We are trying to find the ideal presentation to give you the information you’ve come to trust, while providing the entertainment you’ve come to love, without them cancelling each other out. We would love to hear your feedback!