A decade ago, a group of hardcore fantasy geeks decided they were fed up with the lack of features and overall gameplay of season-long fantasy leagues on the big conglomerate websites. They took matters into their own hands. After years of development, the first fantasy site built by fans, for fans, was ready for launch. Fantrax was born. 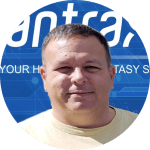 Doug Anderson is a 12-year veteran of the Fantasy Sports industry. His work has appeared on RotoExperts.com, Yahoo.com, SI.com, and NFL.com, as well as in the pages of USA Today’s Fantasy Baseball Weekly and various other magazines. Doug has participated in both LABR and Tout Wars, the two preeminent expert fantasy baseball leagues in existence. Doug was formerly a founding member and Executive Editor at RotoExperts and is now Managing Editor here at FantraxHQ. You can follow him on Twitter @RotoDaddy. 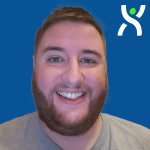 Eric Cross is the lead MLB writer and prospect analyst for Fantrax HQ and has been with the site since March of 2017. In the past, he also was a featured writer for FantasyPros and is also a contributor to the best-selling Fantasy Baseball Black Book. He is also the co-host of the Five-Tool Fantasy Baseball Podcast. Eric was accepted into the FSWA (Fantasy Sports Writers Association) in March of 2018. He currently lives on the coast of Maine with his two children and can be found at various minor league ballparks around New England. Find Eric on Twitter @EricCross04 and ask away with all your baseball and prospect questions.

Chris Clegg joined the Fantrax team in June of 2020 as an MLB writer. He has been writing about Fantasy Baseball for two years and has contributed for SP Streamer, RotoFanatic, and Prospects WorldWide in the past. Chris has a passion to write and share his love of fantasy baseball with others. He is a life long Braves fan that lives in Greenville, SC with his wife and two dogs. He loves interacting with others in the fantasy baseball community on Twitter, and you can find him @rotoclegg. 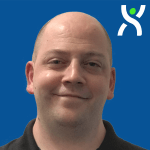 Jake Devereaux is a lifelong Red Sox fan that started writing about fantasy baseball back in 2013. Since then he’s written about fantasy baseball and the Red Sox for a number of sites including The Dynasty Guru, Baseball Prospectus, SB Nation, and now Fantrax. In addition to writing Jake is a member of three podcasts “The Five Tool Fantasy Baseball Podcast” at Fantrax, “The Red Seat” at SB Nation’s Red Sox affiliate Over The Monster, and “Dynasty’s Child” at The Dynasty Guru. He also hosted the Locked On Red Sox podcast during the 2019 season, one he’d like to forget. When he’s not writing, podcasting, or watching baseball, Jake can be found at the park walking his dog and enjoying the outdoors with his wife. You can find him on Twitter @devjake where he will happily answer any and all fantasy baseball or Red Sox questions. 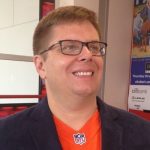 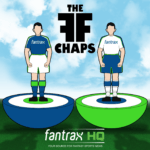 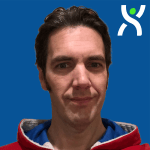 Jesse Severe has been playing fantasy sports since 1988. While he produces fantasy hockey content for Fantrax, he plays Baseball, Basketball, Football, and College Football as well. He probably needs to cut back on leagues. 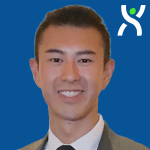 Meng is a staff writer for fantasy football at Fantrax, the editor-in-chief at DynastyTradeCalculator.com, and co-host of the Fantasy Football Addicts podcast. Whether it’s redraft, dynasty, or DFS, there’s always an edge to be had. It’s a fantasy world, and we’re all just addicts in it. 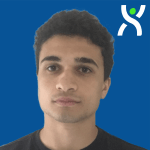 Ibrahim has been a lifelong soccer player and avid Manchester United fan. Still in his 20s, he is a young active member of the fantasy community who gives plenty of advice. Ibrahim has won multiple Fantrax leagues in recent years, and he joined their writing team for the 2019 season.