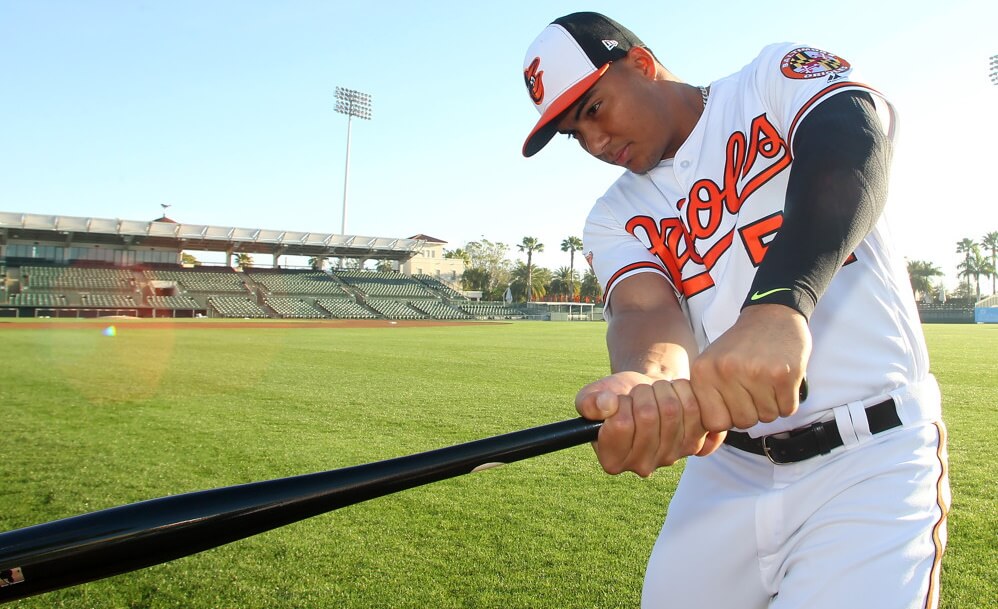 Unfortunately, Anthony Santander only played into early September, then missed the rest of the 2020 season due to an oblique injury. After an underrated 2019 season, many fantasy managers hoped he would finish as a late-round sleeper heading into 2020. In this article, we’ll dive into Anthony Santander’s 2019 and 2020 seasons while also analyzing his advanced metrics to determine what to expect moving forward. As always, we look at the surface stats, batted ball profile, plate discipline, and Statcast data. 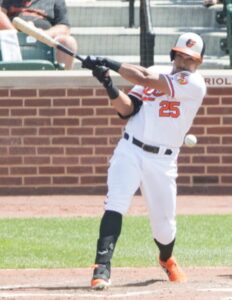 First, let’s look at Anthony Santander’s 2019 season, where he compiled 20 home runs, 46 runs, 59 RBI, and one steal. Santander finished with a triple slash of .261/.297/.476 with a 4.7% walk rate and a 21.2% strikeout rate. Outside of his time in the minors, Santander reached career-highs with 93 games played and 405 plate appearances in 2019. After the Orioles recalled him in early June 2019, he consistently produced throughout most of the season.

With the low walk rate and average strikeout rate, it leads us to look into the plate discipline metrics. Whenever a hitter displays a low walk rate, it likely means they swing a ton. In the case of Anthony Santander, he holds swing and contact rates higher than the league average across the board. When comparing 2019 and 2020, Santander finished with a higher zone swing rate but similar percentages in terms of O-Swing and overall swing rates. In terms of contact rates, he mostly records higher contact rates across the board when comparing the league average. Although it’s a smaller sample in 2020, Santander finished with a higher swinging-strike rate (11.2%) in 2020 but had a lower strikeout rate.

The table above breaks down his plate discipline metrics across 2019 and 2020 in comparison to the league average. When we analyze Santander’s plate discipline metrics, we notice a more aggressive approach. As mentioned earlier, the low walk rates and average strikeout rates make sense after diving into these stats. In knowing that, he’s better suited for traditional rotisserie leagues than OBP leagues.

In the 2EarlyMocks, Anthony Santander has a 184.9 ADP sandwiched in between Randal Grichuk and Tyler Mahle. Santander holds a high pick of 136 and a low pick of 232 as the 53rd outfielder drafted. When seeing that, we notice a massive jump in looking at his 326 NFBC ADP and 352 Fantrax ADP from 2020. According to Fantrax, Santander ranked 279th overall as the 95th hitter in his injury-shortened 2020 season. On the Razzball Player Rater, Santander finished as the 88th hitter, so a similar ranking to Fantrax. When looking at Chris Clegg’s 2021 Hitter Rankings, he has Santander ranked 85th between Jonathan Villar and Jorge Soler.

The concerns for Anthony Santander involve a lack of steals, the .261 batting average, the oblique injury, and his low OBP. With that said, he’s mostly a three-category contributor with a batting average that doesn’t hurt you. However, given the team context, Santander likely won’t compile high-end counting stats totals. Since he typically hits at the top of the lineup, his counting stats could rank decently over a full season. Assuming full health, Santander’s 2019 and 2020 combined counting stats of 31 home runs, 70 runs, and 91 RBI in 570 plate appearances seem realistic. Monitor the injury news as we inch closer to the 2021 season since core injuries are worrisome.

On the flip side, Anthony Santander showed relative consistency in his plate discipline and batted ball profile. He typically displayed a more aggressive approach that showed up in his low walk rate and average strikeout rate. With the hitter-friendly home ballpark, Santander should continue to provide some power and counting stats even with the unexciting Statcast data. Overall, as a 5th outfielder, Santander is worth drafting, assuming full health heading into the 2021 season. However, with outfield as a relatively deep position, he likely isn’t a must draft player, but he’s still fair value in redraft leagues.