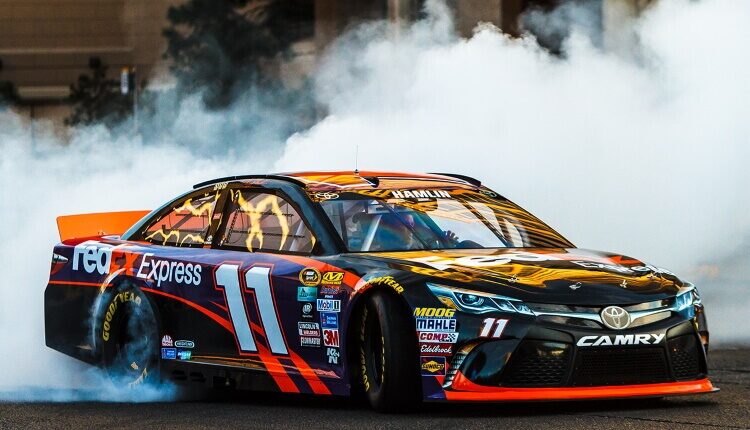 Nashville welcomes the NASCAR drivers for the Ally 400 this afternoon, and we, the fans, will be treated to an exciting second half of the season.

Twelve individual drivers have found Victory Lane, meaning that only four playoff spots remain in a field where some heavy hitters remain winless. In our preview on Wednesday, we talked about how this race is wide open with the lack of history at the track. There will also be increased urgency for those whose names are not bolded in the standings.

Denny Hamlin sits in pole position, having run the fastest lap in Saturday’s qualifiers at 160.413 mph. Coming off two finishes lower than 30th, the Joe Gibbs Racing veteran is looking to rebound, though he already has the Richmond win in his pocket. Joey Logano will start alongside him. Hendrick Motorsports teammates Kyle Larson and Chase Elliott make up the second row, with Daniel Suarez rounding out the top five.

Based on starting position, here are some values on both FanDuel and DraftKings.

Kyle Busch will be the most highly rostered driver this afternoon in Nashville. He spun in turns 3 and 4 during qualifying and will be sent to the back for his official starting position. You’ll want to fade him in a couple of lineups, but you’ll probably need him to take home anything cash games.

Bubba Wallace had the fastest lap during practice, but his car got loose during qualifiers, landing him in 30th and helping us out with an affordable FanDuel salary.

One driver who interests me is Tyler Reddick. He starts 16th, meaning he has allowed us some positional movement points for the first time in a while. I’m not too fond of his salary, but I will sprinkle him into some GPP lineups.

I’ve created a $1 FanDuel contest for anyone interested. It runs no matter what, and the Top 10 cash out. Since I’m sure you’ve been reading every article and practicing, I thought it’d be enjoyable to have a reward. The contest runs even if it doesn’t fill. If you have questions, concerns, thoughts, or funny stories, hit me on Twitter at @thewonkypenguin.

The following are two lineups for each site that I like heading into this afternoon’s race. Hope to see you on FanDuel! And, as always, good luck!

The Joy, The Pain…This Week in MLB Bullpens

Verizon 200 at the Brickyard: NASCAR Preview