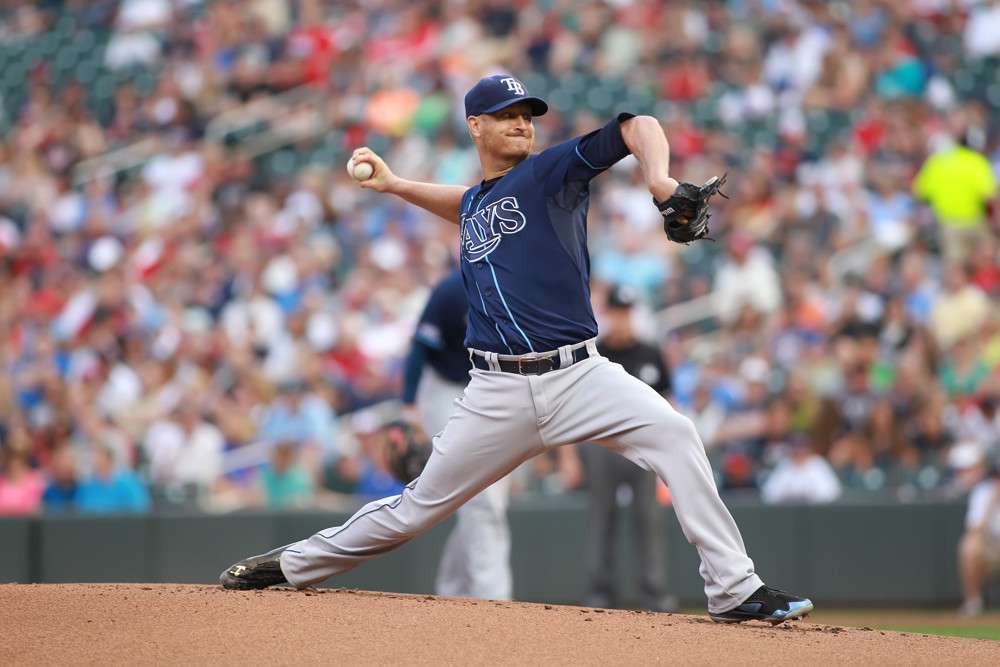 The Orioles have signed Alex Cobb to a four-year deal, with a provision that he will start the 2018 season in the minors to get stretched out. Cobb was one of the last major free agents to sign. Greg Holland is the last major holdout.

The 30-year-old righty threw productively last season, posting a 3.66 ERA in 179 innings of work. Most of his value came from not walking anyone (2.2 BB/9). He needed to limit the walks since his strikeouts have dropped (8.5 K/9 to 6.5 K/9) since missing the 2015 season because of Tommy John surgery. His 6.4 K/9 from last season was the 10th-lowest among qualified starters. None of his pitches produce an above-average number of swings and misses, so it will likely not improve.

Besides creating a small number of strikeouts, Cobb moves from a home run suppressing home park to a launching pad in Camden Yards. Pre-surgery, Cobb limited home runs with a 55%+ GB%. Last season, his GB% stood at just 48%. Overall, he’ll be lucky to keep his ERA under 4.50 in 2018. With the lack of strikeouts and high ERA, he’s almost unplayable in all but the deepest of leagues.

For the Orioles, the move was a no-brainer. Their rotation depth stunk. It still does. I think the bullpen catcher was slotted in as the fifth starter. I wonder if this offer was on the table all spring but Cobb just didn’t want to sign with Baltimore?