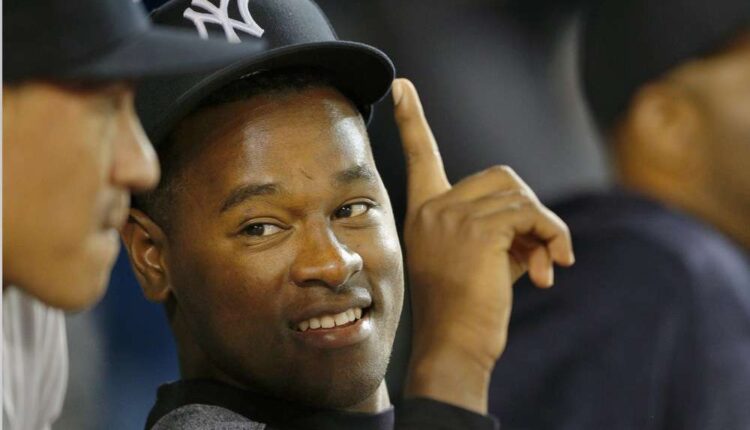 Two big-time American League players in Luis Severino and Salvador Perez suffered injuries this past week, which has led to a few more AL spring training position battles to watch. The news isn’t quite as bad for Severino as it is for Perez who will miss all of 2019 due to Tommy John surgery. It’ll be another two weeks or so before we hear anything more on Severino.

We are a couple of weeks into spring training now and battles are starting to take shape. I’ll leave you with a few team notes in the AL before I get to some of the battles.

I left some of the spring training position battles highlighted that I’ve touched on in previous weeks if you want to go back.

Just a refresher that Richie Martin – Baltimore’s first overall pick in the Rule 5 draft – is 9-for-20 (.450), with two doubles, a triple, seven runs, two walks and two stolen bases. Even Alcides Escobar’s best effort won’t be able to hold back Martin from getting playing time with the Orioles. In fact, I’m willing to bet that Martin is the Orioles’ starting shortstop on Opening Day. I’m also willing to bet we’ll be talking about him come waiver wire time.

We haven’t seen Ervin Santana in a White Sox uniform yet or Kelvin Herrera, so Alex Colome could very well open up as the team’s closer.

As for Santana, I expect him to earn a spot in Chicago’s rotation. Manny Banuelos has allowed three runs and four walks in 3.1 innings. He has strikeout upside, but walks have been a major concern. Dylan Covey – who allows a lot of contact – has spun four scoreless innings so far. Lucas Giolito BTW, has surrendered six runs on nine hits over 4.2 spring innings. The White Sox bullpen is much stronger than their rotation.

*Adam Engel may have an expiration date, but he’ll be Chicago’s centerfielder on Opening Day and he has a home run with four RBI and a stolen base. It’s the speed that’s appealing.

I still believe there’s an outside chance Daniel Norris makes the Detroit Tigers’ rotation, but he does have an uphill battle to climb. It’s not like the competition in front of him has been lighting it up this spring. Matt Moore has allowed five runs on seven hits and Tyson Ross 10 runs on 12 hits. Norris hasn’t been sharp either (three runs on four hits), but he does have four K over four innings. He was roughed up by the New York Yankees, but he struck out two.

Brad Peacock has looked strong this spring and should be a near lock to make the Houston rotation. Peacock has allowed one hit and zero earned runs over five innings with a 4:1 K/BB ratio. Valdez has allowed three runs on seven hits, with four walks over 6.1 innings. Peacock has been impressive at times over his last two seasons.

RF in KC is pretty much the only position battle in the field that they have at the moment. Jorge Soler is expected to hit fourth and DH, while Brett Phillips is likely out due to his high strikeout rate (38.8%). Phillips is a terrific defender and has the highest ceiling of the three. Goodwin and Bonifacio don’t have much fantasy appeal.

News & Notes: Salvador Perez will miss all of 2019 after tearing the ulnar collateral ligament in his throwing elbow. Cam Gallagher and Meibrys Viloria will share duties behind the plate. They have a combined 45 games experience in the Majors. They may also add through free agency.

Jaime Barria is penciled in by most to land the fifth spot in Los Angeles’ rotation, but the Angels have a pretty big eraser when it comes to their staff and health. Felix Pena has looked brilliant in his 5.2 innings: 2 hits, zero runs, and seven strikeouts. Pena has strikeout potential (10.6 SwStr%) and you’re seeing it this spring. Matt Harvey, Trevor Cahill, and Tyler Skaggs know a little thing or two about time missed. As for Harvey, he was throwing 94-95 in his first Cactus League game Wednesday. He went three innings and allowed one run on two hits.

News & Notes: The injury to Zack Cozart (calf) means Kole Calhoun will lead off for Los Angeles, David Fletcher will play second and Taylor Ward will man third. Cozart may not miss much time, but he’s also only averaged 88 games a season over his last four years. Justin Upton (knee) is close to making his spring debut.

Michael Pineda and Martin Perez are all but locked into the fourth and fifth spot in Minnesota’s rotation, but it’s an intriguing follow. Pineda – who is returning from Tommy John surgery – has only allowed two hits over four scoreless innings with a 3:0 K:BB ratio.

Perez tossed three scoreless innings with four strikeouts and no walks last week. His four-seam fastball touched 97 mph five times, which is something he failed to do once in 2018. Fernando Romero is on the outside looking in, but he’s allowed just one run on three hits with five punch-outs over five innings.

News & Notes: The injury to Miguel Sano opens up the door for Marwin Gonzalez at third. It also helps Willians Astudillo who was hurt by the Gonzalez signing a couple weeks back. The injury to Sano also means C.J. Cron will get his fair share of at-bats to start the season. The Sano injury is good for everyone, but of course Sano who will be out until May.

The fourth and fifth spot in the Yankees’ rotation are likely up for grabs now, at least for the first couple weeks of the season. Domingo German and Jonathan Loaisiga are expected to fill holes left by Luis Severino and CC Sabathia. German had an impressive 10.72 K/9 over 85.2 innings with New York last season, but a 40.4 fly ball rate which led to 15 home runs.

News & Notes: Severino has been shut down for two weeks due to inflammation in his rotator cuff. His MRI was reportedly encouraging. Sabathia (knee) will likely open the season on the injured list, but he’s not expected to stay there long.

I don’t want to be repetitive with these spring updates, so just expect a Jesus Luzardo weekly report. Luzardo has yet to allow an earned run over his 5.2 innings. He’s given up just two hits while striking out 10. The southpaw only has 16 Triple-A innings on his resume, but don’t let that be the reason you pass on him late in drafts. He’ll be worth the stash in redraft leagues.

The Oakland Athletics have at least one spot in their rotation up for grabs, and possibly two. Daniel Mengden leads the Athletics with seven innings, but he’s allowed five runs on eight hits and he’s issued five walks. Aaron Brooks has also been roughed up (six runs on seven hits), but Paul Blackburn and Frankie Montas have yet to allow a run over their five innings each.

Hunter Strickland is going to win Seattle’s closer job, but the strikeouts haven’t been there and he allows too many free passes. So he may not be the best candidate over the long haul. Anthony Swarzak has 122 strikeouts in his last 103.2 innings. Walks were an issue in Swarzak’s 26.1 innings last season (4.78 BB/9), but he has a career 2.66 BB/9.