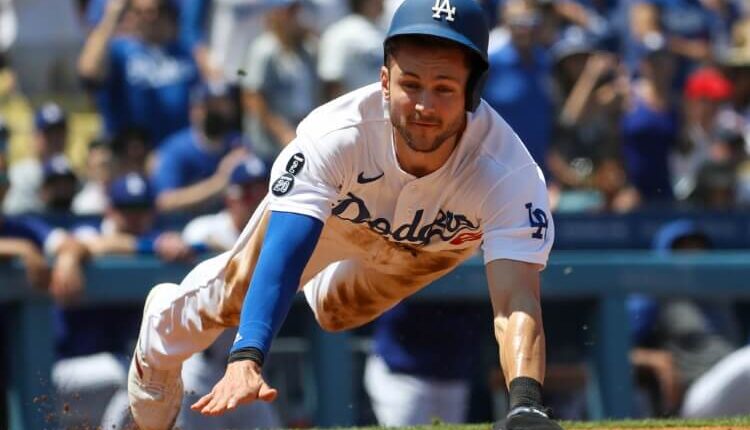 With the first NFBC Main Event weekend in the books, we have a whole new set of ADP to analyze. First off, this is for 15-team leagues, so obviously, things will very. I usually use the Online Championship ADP since they are for 12-team leagues, which is more relevant for many players. Also, with the 15-team ME ADP, we get an idea of how some of the best of the best look at the player pool and roster construction. The ME entry is $1700, so it puts your money where your mouth is.

When digging into the ME ADP, we can see where some of the ADP for future drafts will go, where we as drafters will need to change our game plan to draft still the players we would like to draft. This article will highlight some of the takeaways from the early drafts to use them more like a “heads up” for the coming week. Of course, there were more takeaways, but these were some of the main ones in the early rounds. So let’s look at five significant takeaways from digging into the early ME ADP.

Rejoice! There will be baseball in 2022! Why not celebrate with one of our Fantrax Classic Draft contests? Get a jump on the season with a Best Ball league or maybe a Draft and Hold. Or put some green on the line with a new season-long league to try and conquer. There’s no better time than now to get your baseball on!

In years past, there were usually a few different players that were up for debate as to the first overall pick. One or two of those options is typically a starting pitcher. However, only two players were drafted first overall in the 13 ME drafts this year. The two players were former teammates, Trea Turner and Juan Soto. Turner has always been up for discussion as a top pick due to his five-category upside, but Soto was a bit of a surprise.

With Turner, you have a player who has hit .298 or better for three straight seasons, continually developing his power and stealing 30+ bases in the last five full seasons. With the steals landscape continuing to fall, Turner’s 30+ steals upside while also hitting near the top of the Dodgers lineup is extremely hard to pass up at number 1. For anyone that cares, Turner has been my clear top pick all draft season.

Now with Soto, I am a bit surprised. Soto is a strong batting average asset, suitable for a .300+ average on the regular. Soto should also be good at 25+ home runs, hopefully, more than 30, while also having 100+ runs and RBI. The glaring problems for Soto are his lack of steals, at least for this draft slot, and the team construction around him. Soto should steal ten or so bases with the steals, but that is a profile from an outfielder; you can draft a little later. The team construction is the tricky part. He should hit around Nelson Cruz and Josh Bell, but as a whole, the team should not be a juggernaut. I am a Soto fan, but he is more of a back-end of the first-round pick than a top pick for me this season.

One of the usual suspects in the first overall pick conversation was Fernando Tatis Jr., but he has dropped out of that conversation (ME ADP 103). When one player falls, someone usually benefits, and this season it is Bo Bichette. Bichette had an OC ADP of 4.75 before the Tatis injury news and was the third shortstop off the board. Tatis is gone, so insert Bichette as the second shortstop off the board.

The move makes sense for Bichette. Last season he hit .298 and has now hit .298-.301-.311 in his first three seasons with the Jays. The average was never in question, but the power and speed broke out in 2021. Bichette hit 29 home runs while stealing 25 bases, which is the game-changer for the early draft pick. Sure, there could be some regression, but 25/20 is definitely in play with the chance for a 30/30 season. I have no problem drafting Bichette early, and neither should you, as his floor is still so strong on that loaded Jays’ team.

Eight Different Starting Pitchers were Taken in the First Round

We should expect starting pitchers to get pushed up in drafts in the main events as it happens year after year. With an overall competition in play, having an ace or two to anchor, your team goes a long way to a team’s potential success. This draft season, Gerrit Cole, Jacob deGrom, and Corbin Burnes have been the big three starting pitcher options, but many more are entering the conversation.

The other pitchers that have been drafted in the first round have been Shohei Ohtani (many may be drafted as an outfielder over a pitcher), Max Scherzer, Walker Buehler Brandon Woodruff, and the surprise edition was Lucas Giolito. Scherzer and Woodruff have been a target of mine late in the first round or early second-round if I want a starting pitcher, but second-round may be tough now. Buehler is still a tough one for me, but I get it.

The first four make sense based on previous markets, but Giolito was a significant surprise. Over the last week (3/21-3/28), Giolito’s OC ADP was 36 with a max pick of 21. After the first weekend of the ME, Giolito’s ADP was 23 with a max of 15. Giolito had a much better season than statistics showcased last season, and the strong start to spring may have bumped up his ADP. The velocity looks back, and we could see the sneaky Cy Young Giolito that many thought we would see heading into 2021. I don’t mind him in the mid to late second round, but I am not sure I could draft Giolito at the back end of Round 1 over Scherzer or Woodruff.

I have usually been a person to avoid injured players in the draft as injuries will already find you in the season. Why draft one before the season? Not all people draft as “safe” as I do, as there is usually someone in your draft who likes to take a chance on the injured player. Well, looking at the early ME ADP, it appears the drop in injured players stands out a bit more than usual. We already saw the decline in Tatis, likely out at least two months, but an ADP of 103 was surprising, the max pick of 58, not so much.

Some other significant fallers were pitchers, which makes sense, but the amount of ADP falls is surprising. Luis Castillo is battling a shoulder injury, but early reports say it has slowed down the start of his season, and he may only miss a couple of starts. If this is accurate, then a MIN pick of 195 is a tremendous gift. Sale is tricky as he will most likely be out for a couple of months, limiting his potential, but still, 3-4 months of Sale may be worth a post 200 pick—lastly, Baz and Flaherty. I was out on Baz already due to innings concerned, and now the injury has me fading. Flaherty was also off my board before the injury and the need for a second opinion is quite disturbing. At the same time, a pick past 400 is worth the risk right now as we continue to wait on more news. If Flaherty only misses a month or so, a post 400 pick should be well worth it for your team.

Riley had been one of the top third basemen off the board behind Jose Ramirez and Manny Machado for the most draft season. He was coming off a career year with a significant batting average increase and all of the home runs. However, Riley has begun to fall ever since Kris Bryant signed with the Rockies on March 17, but he took an even more significant fall in the main event drafts.

According to the OC ADP, Riley’s ADP stayed the same, while Bryant’s ADP soared with the signing with the Rockies. Yes, we all know how great it is to hit in Coors Field. Bryant’s batting average could be even better in 2022 with a bump in his other power categories. Is he worth a 2-3 round bump? That’s the question, and for me, that’s a no.

At least the Bryant bump makes sense, but the Riley fall in the main event was quite shocking to me. He is not injured. He is not struggling tremendously in spring. It may be just as simple as Riley being a casualty of Bryant’s rise and the rise of other pitchers and a few position players. As some players rise, others have to fall, but falling over 20 picks seems to be a bit much. Riley will not add steals that may be dropping him, and the ME drafters may not be sold on his batting average, holding strong this season. I agree with both. But now Riley is being drafted closer to Nolan Arenado, who could have a similar stat line with Riley likely having the higher ceiling. If Riley continues to fall, he may become an exciting draft day value.