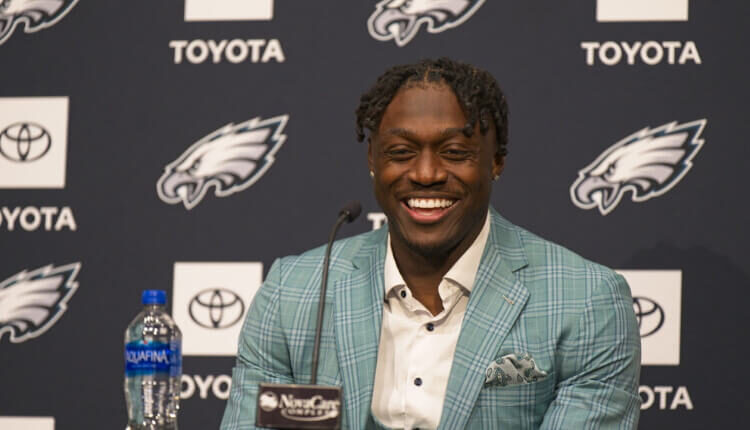 The real secret sauce to winning your fantasy leagues is to find value. And find it early. Getting those diamonds in the rough on your roster can be the difference between getting you to the playoffs, and not responding to your group chats because you’re too far down the standings to talk trash. Don’t be that person. Talk trash! The ultimate diamond in the rough last year was Cooper Kupp. So, in natural Fantrax fashion, we’re going to help you find the Cooper Kupp of 2022 (the actual Cooper Kupp doesn’t count)!

Before we get to this year’s Cooper Kupp, we should revisit what actually made Kupp so special last year. In 2021, he finished with 191 targets (1st among WRs), 1,947 receiving yards (1st among WRs), and 16 touchdowns (1st among WRs). Pretty good, right? It’s even better when you compare it to his 2020 season. In 2020 he had 124 targets, 974 receiving yards, and 3 touchdowns. He wound up finishing WR34 in that season. That’s the kind of performance increase that earns you a raise from your boss…. insert three-year, $80 million extension.

Now that we’ve established what made Cooper Kupp special, let’s get to why you clicked on this article.

*= opinion based on little fact, but will prove to be correct in 15+ years. You’ll have to trust me on this.

Next, Cooper Kupp made the jump from WR34 to WR1. Brown finished WR32 in standard fantasy football leagues last year. Primarily because he only played 13 games last year. He wound up with 105 targets, 869 receiving yards, and 5 touchdowns. This year, he’ll be in an offense where he’ll stay the number one wide receiver, while also having a threat on the opposite side of him in Devonta Smith, a threat in the slot with Watkins, and a threat at TE with Goedert, he’ll have better matchups on a week-to-week basis. I have A.J. Brown finishing as the WR7 on the year, which is higher than his consensus WR10.

Brown also has all the attributes to exceed that ranking. He runs a 4.49 40-yard dash (70th percentile), with a complete route tree. Further, he’s 66th percentile in catch radius, so he’ll be a solid target threat in the red zone. On top of that, he finished 3rd in air yards share last season with 41%, so he’ll have plenty of opportunity to make big plays outside of the red zone. Lastly, he was 17th in the league for contested catch rate at 52% on 23 targets, so he’s no stranger to making tough catches, even against the number one corners that he’s accustomed to.

The bottom line: The Eagles didn’t trade away draft picks, AND sign Brown to a 4-year, $100M deal for him to fade into obscurity. He’ll be force-fed the ball, and he’ll excel with the additional opportunities. Make sure to get A.J. Brown on as many of your rosters as you can!

Got a take on Bradlee’s quarterback sleepers? Share it in the comments below and then head on over and check out the rest of our 2022 Fantasy Football Draft Kit.