A Guide to Using FAAB In Your Fantrax League 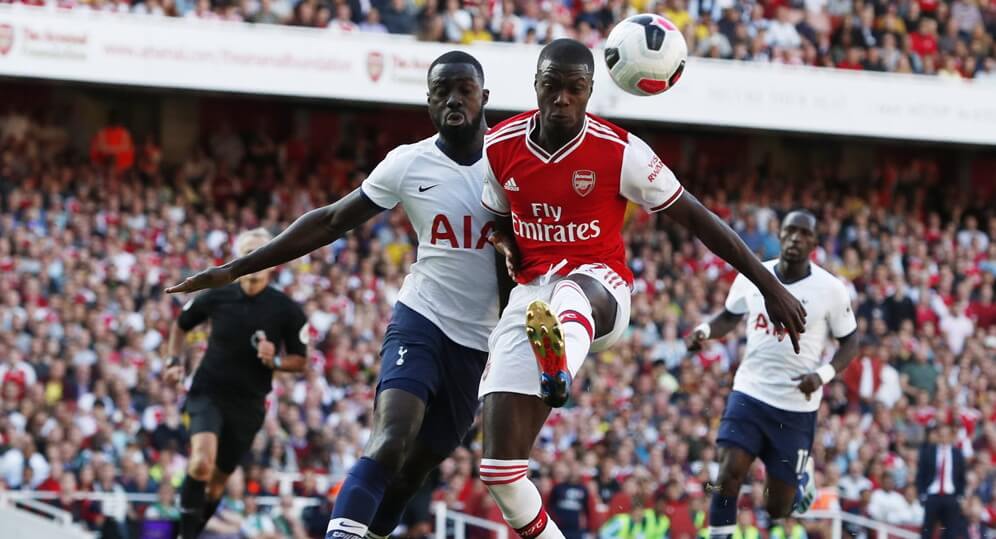 We’re delighted to welcome Draft Premier League Community legend and regular @FPLKickaround analyst @Tottiandor to Fantrax HQ for a special guest article.  @Tottiandor is well known in the Community for his knowledge of trading within Draft Leagues.  So we’ve given him the call up to provide a Guide to Using FAAB for waiver processing in Fantrax!

A Guide to Using FAAB

You have just finished an exhilarating 5 day slow draft, you are feeling confident with your team, the future is bright. Then the inevitable happens, in one single afternoon of Transfer Window activity your 2nd round pick decides to move to sunny Spain and his replacement comes in and lands on the Waiver Wire. Frantically scrolling through tabs you find the Waiver Wire order and your heart sinks. It is set up to be the reverse of the draft order. You are stuck in 6th waiver priority. There is no way the 5 mates in front of you will sleep on the new guy. You look at your team and start to cry.

This is one of many real and hypothetical stories and situations why I prefer the FAAB system to regular waivers.  Read below for a complete guide to using FAAB for your waiver processing.  Money, the great equalizer…

FAAB stands for Free Agent Acquisition Budget. In short it is a set amount of virtual cash that you can spend on waiver wire pickups.

How Does FAAB Work?

Every manager is given the same amount of money at the start of the season. That amount is yours for the whole season to spend however you like.

After every gameweek, all the unclaimed players move to Waivers. When playing with regular waivers, it is at this point that you set your waiver queue and populate it with players that you want to acquire. With FAAB, the process is the same, the only difference is, that when you set up a claim, you have to enter the amount of money you would like to spend on the player.

When waivers process, the system tallies all claims and rewards players to the managers with the most amount of money set for that player. As with waivers if you have put in a claim for 2 different players but the player to be dropped is the same player on your team and you win your first claim, you will not be able to get your second player (regardless whether you won the bidding or not), because you do not have a player to drop for him.

In the unlikely scenario that 2 managers bid the same amount on the same player, the manager with the higher waiver priority wins the player, but then moves down to the bottom of the waiver priority list.
All players who have not been claimed enter the Free Agent pool and can be claimed freely without the use of FAAB.

Give Me An Example!

There are 4 teams involved in waivers. Here are their claims made:

How the claims turn out:

Why Is FAAB Fun?

After the draft, everyone is equal and free to decide on their FAAB strategy. Strategies include:

There are of course countless other strategies and variations on these mentioned above as well. When you play with FAAB waiver days become much more part of your weekly strategy. You can go ahead and analyse rival team needs and rival team budgets to anticipate their bids on players to get the best bids in.

Can You Trade FAAB?

Of course you can! By adding FAAB trading to the mix, trading with other managers has just became more exciting.  This feature was added to Fantrax during the Premier League suspension!

How Much FAAB to Give?

It doesn’t really matter how much the originally budget is, but I do recommend for it to be at least 100$.

If you want to go for more, the sky is the limit, but you want to pay attention to keeping the overall budget and bid increments in line. Usually having 1% of your yearly budget as your lowest incitement is the way to go. If you have 500$ and can spend as little as 1$ on a player, your bids will be all over the place. I suggest using 100$ as a yearly budget and 1$ as a smallest incitement.

WWTD: What Would Totti Do?

Now that you are all caught up with the nitty gritty of FAAB, I’d like to give my personal take on the ins and outs of FAAB waivers:

I love FAAB, I think its a much fairer system than rolling waivers and gives a strategy aspect to an otherwise less strategic waiver wire section of the game.

FAAB comes to the picture very prominently when the end of your draft does not coincide with the end of the transfer window. This will be the case for ALL leagues this season as the EPL transfer window closes on 5th October and the league starts on the 12th September.

FAAB use can be divided into 2 categories: 1. On new signings, 2. On week-to-week waivers.

When a new signing enters the league, every manager needs to evaluate the new signing with respect to the player pool but also in relation to your own team. Spending your FAAB on new players can be compared to the value they represent:

Let me give you an example. Nicolas Pepé came into the league late this season, but on a “high-powered, attacking minded” Arsenal side (don’t laugh!) he was expected to command first round draft value. Most teams were spending their whole budget on one player, because it was supposed to mean, that you would be gifted a 1st rounder. However the picture is a bit murkier than that. If you started your draft by picking Mané 1st round, Son 2nd round, Rashford 3rd round, you might not want to blow your whole budget on a fourth Tier 1 Forward. This is where knowledge of the game and tactics comes in. Every case, every league, every manager is different, but here are some different scenarios for the same player:

As you can see the possibilities for different scenarios are endless. Each claim needs to be assessed individually and in relation to your own team and the league you play in.

This is a totally different ball game to using your money on new signings. Factors that you need to be aware of for navigating week-to-week FAAB waivers are: roster construction, injuries, rotation, form and production sustainability and saving FAAB for the January transfer window.

Let us get the last one out of the way first: If your plan is to use the FAAB for the one or two big name signings in the January window, you will only be able to bid 0$ for a while and use the free agency to refresh your squad. You will want to monitor all the other manager’s FAAB so that you ensure you are the one with the most money remaining come 1st January. When the window opens you will have to decide if you are expecting a player with first round value to come in and pounce (this year it was Bruno Fernandes, last year Higuain was the player, but that didn’t really pan out)

If you decide to take your name out of the running for January top signings, you are free to spend your money.

The usual money spent on waiver pickups on a week-to-week basis is between 0 and 15$ depending on the player. A rule of thumb when valuing your pickup is: How long am i going to start/keep this player. If you are looking for a 1 week pickup to match your opponents clean sheet or a defense has a good matchup, spend 1-2$, if one of the key players gets injured or falls out of favor and there is a ready made alternative looking to pounce on the opportunity go big: spend 10-20$. If a player has a huge game, scoring 25 points in a match, but your deem that production unsustainable (2 fantasy assists and a goal bouncing off the back of their head) bid 0-1$

A very important part of using FAAB is the surrounding interactions. Psyching out your fellow managers by dropping into the league chat to say you are gonna go big on Michael Keane for example is a great tactic to sew doubt into your opponents mind and make people overspend on players. Antagonizing managers for their failed pickups and subsequent drops is also an integral part of FAAB use (Yours truly has spent about 100$ on Djibril Sidibe over the course of the season in 3 different leagues, only to drop him in all 3 without playing him once. You would not want to see the abuse i got on league chats).

All in all using FAAB plays on the aspect most managers love draft fantasy in the first place: It encourages more involvement, it rewards knowledge, it levels the playing field, it gives you one more opportunity to drop into the league chat. This is why I wholeheartedly recommend giving FAAB a try, especially in 2020/21 when the transfer window is open at the beginning of the season.

Setting up FAAB is very easy:

A Guide to Using FAAB… Are You Ready?

So then, are you ready to try out the FAAB waiver processing setting for the new season?  This Guide to Using FAAB has explained what the system is, how it works, and why it can provide a much better waiver processing system.  Get in touch if you have any further questions!