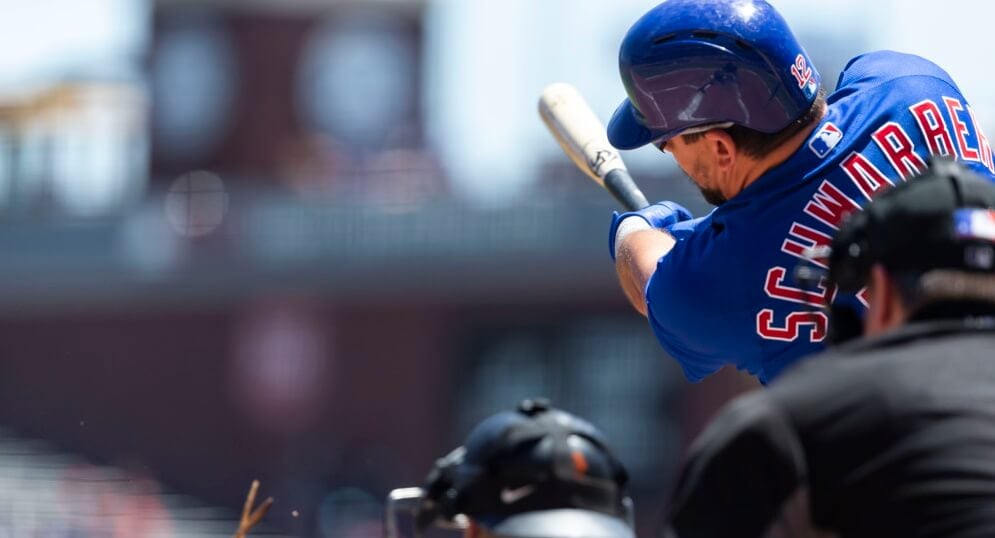 When it comes to looking for value in drafts, we often look at players going outside the top 150 overall in ADP for “value”. When in reality we should be looking to get value at every point in the draft.

Again, the idea of finding value in the early rounds is often overlooked. Because of this, I bring you eight players being drafted inside the top 150 overall who are draft day values. You can take these players in the early rounds at a great price, yet they can or should provide a return on investment.

It has become a well-known fact Manny Machado has struggled away from Camden Yards in his career. He is coming off what is considered a down year. Some may even have considered Machado a bust because of his draft price last year. Due to the combination of factors I just stated, that is exactly why his current price is where it is at.

I believe what we saw last year was the worst we will see from Manny in a Padres uniform. It was the first year of a mega-deal and the pressure was on. His K-rate took a hit and was a career-high 19.4%. This could be in part due to him pressing. He did not have a lot of help in that lineup last year. Sure, there were big home run threats around him. What lacked were the players getting on base for him.

With all that said, I expect his K-rate to correct itself a bit to his career norms and for some better production in his second season with his new ball club. If he returns 2nd or 3rd round value I would not be surprised in the slightest and with his 5th round draft day cost that is a solid return on investment.

Tommy Pham is always a draft day value it seems. The reason being is almost strictly based on the health. He has yet to play even 150 games in a season. Pham has been able to increase the amount of games played each of the last three seasons. He has played in 128, 137, and 145 respectively over the last three seasons. What I don’t understand is why is he still going so cheap in drafts when he has improved his health each of the last 3 seasons and he offers the elusive steals you need in drafts. He has legitimate 2o-HR and 2o-SB potential and that comes without dragging you down in any category in the process.

Pham has actually gone 20/20 in two of the last three seasons. The one season he did not he still grabbed 15 stolen bases. The lowest he has hit in those same three seasons is .273. There is a real chance he finishes as a top 50 player if the health holds up. The injury concerns are baked into the price at this point.

The reigning AL batting champ is getting no respect. Although I too find myself not totally buying in, there is enough there to give him a go at this price. The fact that, again, you can find such a consistent stolen base threat this late is interesting. With how speed is treated you would think Anderson would be a bigger priority for drafters to grab. He is projected to bat second in what is becoming a really solid lineup over in Chicago. Yes, he strikes out too much and does not walk, but he did make strides in the strikeout department last season.

Anderson has actually improved his K% four straight seasons and it was a career-best 21.0%. So although he does not walk, there was still overall growth in the plate discipline. He improved his contact rates across the board and decreased his SwStr%. Again, the steady gains in plate discipline have been noted and you have to buy into the growth a bit due to that. The BABIP was unsustainable at .399 but a higher BABIP is likely with his speed tool and the noted improvement in the contact rates. With all that said, Tim Anderson offers you 20 home run and 20 stolen base potential and good counting stats. What you have yourself here is a solid find going inside the back-end of the top 100 in some leagues and just outside the top 100 in others. It is a good value regardless.

Jame Paxton seems to be overlooked in drafts this year. His injury history is well documented but his price is taking a bigger hit than I believe is deserved. He may only give you 150 to 160 innings but that comes with 15-win potential, a sub-4.00 ERA and over a strikeout per inning. He isn’t far removed from being a top 15 option at the position. The injuries are an issue but now it has turned Paxton into one of the better draft day values.

Not to mention the chatter of the whole Yankee Stadium concerns. There should not be any as Paxton seems to have figured something out. His home ERA in 2019 was 3.35 and that was just about a run better than his road ERA. He even pitched roughly the same amount of innings on the road as he did at home. If the road ERA corrects itself as it should, we could be looking at a mid 3.00 ERA pitcher in 2020. He is falling to an amazing value and I would not have any issue with him as my SP 2 if I have a solid ace-like pitcher as my number one. The good news is that you can get him as your SP 3 on teams where he is going. If the injury bug manages to not bite for once, there is huge profit potential here.

Why do we do this to ourselves each and every season? I know Nelson Cruz is getting older and we tend to have bias against older players but this needs to stop. He is utility only in some leagues and that can be an issue but there has been no sign of decline in his numbers and he consistently provides you a profit based on draft day price every single season. Yes, injuries have held him back of late. He only played 144 games in 2018 and 120 in 2019 but he still managed 37 and 41 home runs respectively in each season. That came with a great batting average and solid counting stats as well.

Cruz is slotting right back into the middle of what’s a great hitting lineup and in one of the easiest divisions for hitters in all of baseball. Other than the Indians, the rest of the teams he should feast on this season. You need to draft him with confidence and take the 30 to  40 home runs and overall high four-category floor to the bank on draft day.

Miguel Sano is starting to move up draft boards. He offers such high-end power potential that he can be a true difference-maker in the category. He is yet another player who is injured frequently. Sano hit 34 home runs in just 105 games last season. That is absurd. Unfortunately, he is a bit of a hit to your batting average so you need to build up to absorb that lower batting average.

The power is very real and there is a 50-home-run season, or close to it, in him. It is backed in the metrics as well with a 100th percentile hard-hit rate, a 100th percentile exit velocity and a barrel rate of 21.2%. He absolutely crushes the ball. It is also evident on video so he passes the eye test too. He gains value in OBP and points formats as well so don’t be afraid to reach on him in those formats a bit.

Lance Lynn will be on a lot of my teams at his current price. Everything he did last year was not a fluke. He had a sub-4.00 ERA, a career-best 10.63 K/9 and pitched over 200 innings. The 3.67 ERA is backed up by the ratio indicator metrics, and there was a change in pitch mix as well that very well could explain the big year. Lynn increased his four-seam usage throughout the year as well as the cutter while using the sinker less. The K-rate is backed up by a career-best 12.5 % SwStr%. Although, I could see the strikeouts regress just a tad due to the O-Swing rate being below average at 29.9%.

Lance Lynn also gets what should be a boost in park factors as the Rangers have a new home field that is expected to play more neutral due to the dome. So that is just another factor working in his favor. Nothing suggests it was a fluke season yet there is still a solid discount and definitely profit potential. He can be an SP2 and you’re getting him as an SP3 on your fantasy teams.

You know I can’t pass up the chance to talk about Kyle Schwarber. He improved across the board in the second half. It was truly a night and day difference. He hit for a .280 average in the second half with better all-around counting stats. It happens to coincide with changes at the plate. Schwarber struck out 6.4% less in the second half as well as changed his batting stance at some point in the middle of the season. Not to mention he also had a bit more of an all-fields approach which would help the batting average prove sustainable if he continues the approach this year.

Schwarber also showed growth verse lefties in the second half. He posted a .240/.309/.500 triple slash with a .336 wOBA and a wRC+ of 106. Although these are merely average, this is a huge change in production compared to the first half and definitely over his career numbers verse lefties. I love me some Kyle Schwarber this year and he is another player that gains value in points or OBP formats. Get yourself a few shares of Schwarber this year. You’ll be glad you did.

Who are your favorite draft day values for the coming season? Let us know in the comments below.