7 Things That Could SAVE Your Fantasy Baseball Season 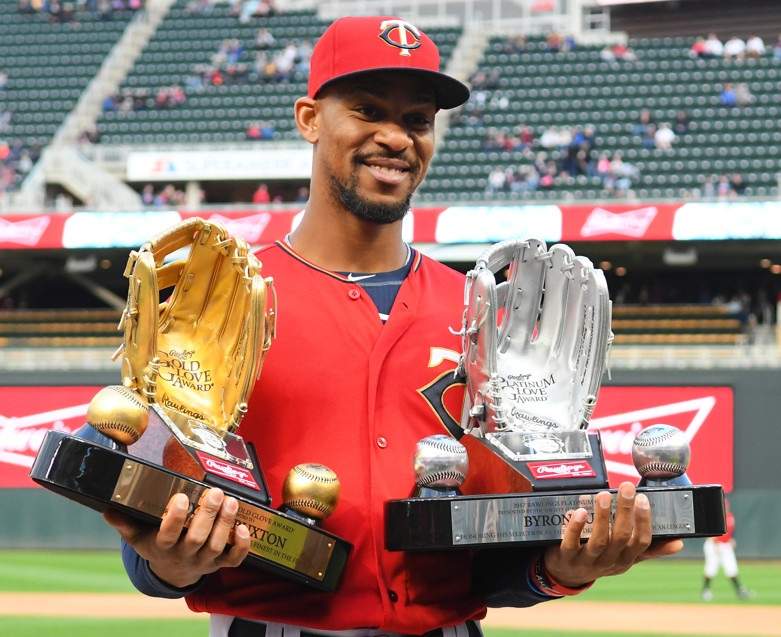 I spent last time looking at the downside, so it’s only fair that I strive for some hope and optimism. After all, every season does bring an unexpected bouquet of productivity that we didn’t necessarily see coming. I’m done being “Debbie Downer”. It’s time to look on the bright side of life and start to dream about what could be game-changing 2019 seasons for fantasy owners! Can the sequel live up to the original post!? Consider this more Godfather Part 2 than Weekend At Bernie’s 2. (Side Note: How the hell did they keep that dead body around for a sequel!?)

But I digress. Here are…

7 Things That Could Save Your Fantasy Baseball Season

OMG YOU GUYS! BYRON BUXTON PUT ON LBS. OF MUSCLE AND HAD A GOOD FIRST DAY OF SPRING! Okay, okay deep breaths! Look, Buxton has always been a better athlete than a baseball player and that’s not a knock. There have been many player comps in the baseball world for Buxton, but I always called him the next Eric Davis. For you “youngins” out there, Davis had some great power/speed seasons and was also an exquisite athlete. Buxton was hampered by migraines in 2018, then a toe injury, then a demotion, and finally a wrist injury. The good news is that he hit .311 with a .901 OPS and 3 HR over his final 23 games.

The one thing you can always count on is his speed. He’s only been caught once in his last 35 tries. If he hits .250, but with 20 HR and 35 steals, he becomes a fantasy rock star at his current Fantax ADP of 178. Don’t worry about the spring stats. Instead, see what kind of at-bats he’s taking. Are they quality ones? Is he walking? Is he making hard contact or frequent contact period? That’s what will tell you if Buxton is showing signs of a true breakout. Keep in mind that ADP will rise if his hot spring continues. That doesn’t mean stay away, it just means the risk becomes slightly higher.

Luis Castillo’s 2018 season was a mixed bag, however, there’s reason for optimism. Why? Well, there was another young hurler, Castillo’s contemporary, who’s had a very similar path in his early career. That pitcher is Luis Severino of the New York Yankees. Although Castillo is a year older (and a few major league seasons behind the Yankee hurler), the trajectory is eerily similar. In 2015, Severino had an 11-game sample that saw him pitch to a glowing 2.89 ERA, with an 8.1 K/9 and a 1.20 WHIP. Fast forward to Castillo’s 15 starts in 2017, and you’ll see a 3.12 ERA, 1.08 WHIP and an even more impressive 9.9 K/9. Nothing but blue skies ahead right!? Well, not quite.

What happened next is where their paths become even more intertwined. In 2016, amidst much hype, the wheels came off the Severino bus and it careened into a 7.46 ERA over his first 7 starts. He was ticketed back to AAA, and eventually returned to the bullpen for the Yanks with a few starts sprinkled in between. His stock was at an all-time low. Then, the clouds parted and the sunny side of Severino began to shine. All he did was go back to back seasons of 30-plus starts, a K/9 of 10.3 or better and 190+ innings.

Like Severino before him, Castillo had a reasonable amount of expectations from fantasy owners entering 2018. Over his first 20 starts, Castillo was clearly more bad than good, as evidenced by his 5.49 ERA over that stretch. The Reds, unlike the Yankees, could afford to let him get right at the big league level instead of sending him down. Luckily for the Reds, eventually he did just that. Over his final 11 starts, Castillo posted a 2.44 ERA and a dazzling .97 WHIP. Those excellent peripherals include two awful 5 ER starts against the Cubs and Diamondbacks. Throw those out and that ERA would be quite eye-popping. His career home ERA is less than his road ERA, so don’t let the ballpark scare you off from drafting him. Plus that lineup is very scary. Run support should not be an issue. If you’re looking for this year’s Aaron Nola, look no further.

3. Miguel Cabrera Isn’t Finished After All

I am sick and tired of ageism in drafts! Just because a player is old doesn’t make him automatically done! Nelson Cruz keeps on hitting and David Ortiz had some great years in his late 30’s. If I’m going to die on a hill with a player, I’ll do so with Miguel Cabrera. He’s a lock HOFer and a once in a generation type hitter. Sure, he’s missed time the last few seasons, but Victor Martinez isn’t clogging up that DH spot anymore and a healthy Miggy last year slashed  .295/.395/.448. which works for me! Home run totals can be fluky month to month, so don’t read too much into that small sample. His 174 ADP is in the range of Kyle Schwarber and Yuli Gurriel. Give me a break! Old Man Miggy is worth the shot AND a vintage Miggy season would be a game changer. Hell, an 85% vintage Miggy season would be a game changer at that ADP!

4. The Rockies Pitchers Turn Out To NOT Be A Fluke

It’s Colorado, it’s a tough sell, I know. Historically, not so great for pitchers in fantasy or reality. Last season, German Marquez and Kyle Freeland thumbed their nose at history and turned in great years. IF, and that’s a big “IF”, these guys can repeat those 2018 stats at their current ADP  (Marquez 81 overall, Freeland 146 overall), then you could be looking at rotation saviors. Marquez struck out 230 guys in 196 innings and kept his ERA to 3.77 (2.95 on the road/4.74 at home). H2H formats may still be rocky for Marquez (see what I did there), but if he stays true on the road, he’s a season-long steal.

Freeland doesn’t have quite the K/9 of Marquez, but his 2.40 home ERA was simply incredible all things considered; making him the better H2H league gamble. Starting pitcher is thin this year, and getting thinner by the minute. An exact replica of 2018 seems like an uphill climb (sorry, did it again). However, a strong showing could help your rotation perform to its peak. (Ok, that was the last one I promise.)

Not every prospect gets over hyped. Last year, Jesus Luzardo was flying under the radar in the grand scheme of things. Meanwhile, Eric Cross and I were drafting/buying dynasty shares everywhere. Luzardo did not disappoint in 2018. he went from A+, to Double-A, to Triple-A (just 4 starts, but still) all in one year. Over those 109 innings, he posted a 2.88 ERA, with a 10.6 K/9 and just a 2.5 BB/9 and 1.09 WHIP. When you dominate Double-A, that’s a great indicator that you are going to make some noise in the big leagues. He’s good for 150 innings this year and the A’s are desperate for starting pitching. If you see him limited in the early going in Triple-A, that bodes very well for a call-up. Hopefully, 100 of those innings will come at the MLB level. If they do, he could make a big impact on fantasy rotations.

I was all in on Yu Darvish last season. I took his epic 2017 playoff failure as an opportunity to buy low. When players implode on the big stage, sometimes, people overreact and that sentiment goes for the reverse as well. Soooo, turns out Yu’s failure was a harbinger of him not being physically right and equated to 40 innings and an ERA just under five. In 2019, there’s a real discount (Fantarx ADP 147 overall) to be had. He’s only a season removed from a season of 209 K’s and a 1.16 WHIP. If he makes 30 starts, it’s hard to imagine him not hitting 200 K’s.

Are you flirting with fantasy baseball disaster? For more great rankings, strategy, and analysis check out the 2019 FantraxHQ Fantasy Baseball Draft Kit. We’ll be adding more content from now right up until Opening Day!