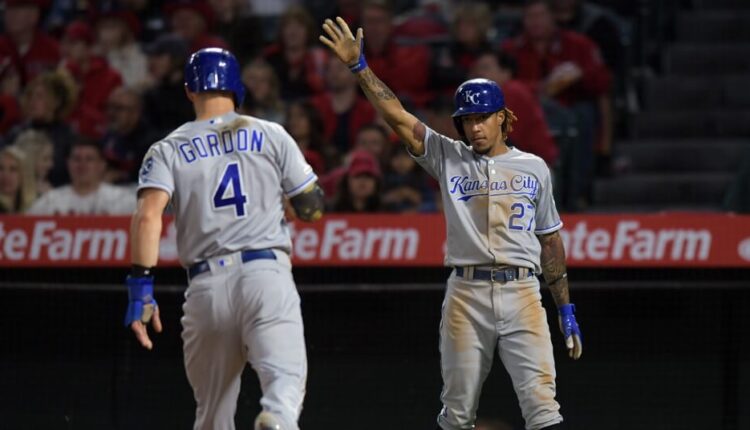 It’s April Fool’s Day, and I don’t think you can be a true fantasy baseball player if you don’t make some foolish predictions.

I’m unsure how your week has gone, but mine has been Draftmageddon. My sanity’s End Times is the result of wanting to wait until as close to the season as possible to avoid injury picks and let the free agents choose their new garb. And sure, if I had even a smidgen of self-control and wasn’t in double-digit leagues, I might not be having this issue.

Alas, halfway through my series of simultaneous drafts, I have developed five terrible predictions to share with you in honor of April Fool’s Day. I have chosen this day specifically to be held less accountable for these while concurrently allowing a convenient out if they end up being true. (Then the joke’s on you, and you should have listened, see.)

These are not included in The Biggest Mistakes Fantasy Baseball Managers Make, but maybe they should have been.

(1) Pirates’ infielder Diego Castillo will be more valuable in fantasy than Oneil Cruz at the end of the year.

First off, you can identify a terrible prediction because the author has to use multiple identifiers for the player opposite the No. 12 prospect in all of baseball. Second, I was hoping Pittsburgh wouldn’t play the service time manipulation game with Cruz. Still, I decided to make this petty prediction since I’d already drafted him multiple times.

Diego Castillo is 24 years old and came over to Pittsburgh from the Yankees at the trade deadline last year. In November, he got added to the 40-man roster to avoid the Rule 5 draft. Since the Pirates can play with their roster like a Little League team (“Everyone will get a chance to play every position!”), there should be at-bats for him to show if his 12.7 K% and 10.0 BB% will translate to the Majors. His positional versatility (2B, SS, 3B) will land him on many a fantasy roster if he sticks in The Show.

Meanwhile, we’ve seen precisely how the new Collective Bargaining Agreement will do nothing to deter service time manipulation and potentially make it worse. Players who finish first or second in Rookie of the Year voting gain a full year of service, so the question is quite simple: How long do the Pirates need to keep Cruz in the minors to ensure he isn’t in the running for the award?

Therefore, on April Fool’s Day, I predict it will be long enough to put Castillo ahead of him for fantasy.

(2) Matt Chapman will be the fourth most-valuable fantasy third baseman at the end of the year.

I wanted to boldly say he’d end up first, but Jose Ramirez, Rafael Devers, and Alex Bregman exist, and I said these were foolish, not bold predictions.

Chapman’s 2021 numbers were abysmal, slashing .210/.314/.403, but I believe that his hip issues decimated his offensive production. He still hit 27 home runs, but his K% and chase% were both career highs. Where does the improvement come from then? In addition to a strong belief that his plate discipline skills will positively regress, he now gets to play half his games in the much friendlier Rogers Centre. This environment would have boosted his power numbers over the past few years. He also surrounds himself with a solid and productive Blue Jays lineup that should improve his counting stats.

Let’s look at who his closest competition might be for the fourth-place participation trophy I’m offering and how I am minimizing their chances for such an honor. While Anthony Rendon (injury-fear) and Nolan Arenado (turned 30, still not in Coors) are going 40 to 60 draft spots higher than him, I see only one guy who threatens my potential brilliance.

Manny Machado is the biggest hurdle I see for Chapman’s ascension to still-not-on-the-podium. Heading into his fourth season in San Diego, he will turn 30 around the All-Star break and will have presumably played the entire time without Fernando Tatis Jr. in the lineup. While Machado’s ratios will remain strong, the batters surrounding him aren’t of Toronto’s caliber, so his counting stats could take a hit.

Just a minor regression in two different directions, and I’ll have to buy international postage for that April Fool’s Day Prediction participation trophy.

While I’m choosing to look at this prediction outside the fantasy realm, I’m essentially saying McClanahan’s value will be higher than those three. Currently at 111 in drafts, I have targeted the young Rays hurler in various formats, but the risk is simple: If Tampa Bay caps his innings at 150, will he have enough to get over the hump with Cy Young voters? He will turn 25 in April and threw 123 innings last year, so I say he will. If he picks up where he left off – a 10.3 K/9 and swinging strike rate of 14.7% – McClanahan could conceivably rack up the numbers he needs for the Cy Young discussion.

On the flip side, Ray, Bieber, and Giolito all have some question marks for me. A few years ago, I had to promise my loved ones that I would not roster Robbie Ray again due to the toll on my mental health. He could duplicate last year’s number, but I don’t see it happening easily.

Bieber’s injury last season worries me even though I hope for the best because he is so fun to watch when he is good. The fastball velocity dipped too low for me to be a complete believer. Either the 16 games he started last season provided him with adequate rehab time, or it’s a harbinger of things this year.

Giolito’s strikeout rate fell from 33.7% to 27.9% last season, and he, too, dealt with injuries late in the year. He also gives up more home runs than anyone would like to see, but his advanced metrics are similar to McClanahan’s.

Even I find my prediction here to be a bit nutty, but it’s April Fool’s Day, so we’ll say it anyway.

(4) Sean Murphy will be a more valuable fantasy catcher than Yasmani Grandal.

I love catchers in real life and loathe trying to figure them out in fantasy. Whenever I reach for someone (i.e., Gary Sanchez in 2018), the guy submarines my team’s ratios to the point that I might as well have started with no catcher, but this is Sean Murphy’s year. His BABIP the previous two years is due for some positive regression that should raise his ratios out of the .216/.306/.405 basement. He is having a torrid spring, and even if March means nothing about future performance, the numbers are encouraging. His barrels/PA is 8.6%, and his average exit velocity is 82.4, with an ISO of .188.

Grandal is a better hitter overall, yes. But many projections predict him to get more plate appearances than Murphy, and I don’t see that happening, especially with Oakland having hosted a fire sale with the top half of their lineup. The White Sox backstop is entering his age-33 season and dealt with significant knee problems last season. Meanwhile, Murphy is 27 years old and a superior defensive catcher, meaning the A’s will keep him in the lineup to work out any slumps he may have.

A 33-year-old catcher will need more rest time to prevent injury, and, with the long stack of power-hitting options at DH, the White Sox may opt for only pinch-hitting duties for him versus keeping his bat in the lineup. If your drafts are this weekend, skip Grandal at his ADP of 98, nab Murphy at 242, and thank me later.

Fun fact: From 2018 to 2021, Adalberto Mondesi has stolen one base every 2.3 games. If he can play in 115 games, he’s got it. No, I don’t care that he’s never stolen 50 in a year before, and I am conveniently ignoring that the highest game total in his career is 102. And I think we all just imagined Dayton Moore saying that the Royals will treat the 26-year-old speedster like he’s only capable of playing 100 games per year.

This is the season he nails 50 pairs of batting gloves to his bedroom wall and starts telling teammates to call him Willy Mays Hayes.