5 Players That Could Make Your Fantasy Baseball Season 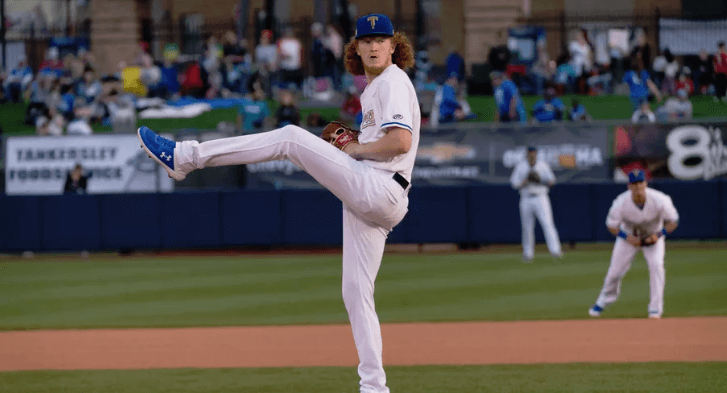 Fantasy baseball is all about getting value for your buck. A star drafted in the later rounds or found on the waiver wire will make your fantasy baseball season a complete success. The complete opposite is also true: a botched early-round pick can compromise your strategy.

That’s why you need to think outside the box and enter the middle and late rounds with a plan. Which players should you target? Who are the hidden gems of fantasy baseball? Last week we touched base with the players that could ruin your performance in fantasy leagues but today, we present you with five names that can make you look like a genius when all is said and done.

These Players Can Make Your Fantasy Baseball Season

Michael Brantley, George Springer and Josh Reddick are the starting outfielders of the Houston Astros. Yordan Alvarez is the regular DH. Where does that leave Kyle Tucker?

Luckily for you, my savvy friend, the fact that he’s not – yet – guaranteed a regular spot in the lineup will somewhat affect his ADP and you can get him lower than he should go in drafts. That would make him one of the players who can make your fantasy baseball season, because once (not if) he overtakes Reddick on the depth chart, he should be fantasy gold.

Yes, Tucker needs to cut down the strikeouts. He fanned 27.8 percent of the time in 72 big league plate appearances in 2019. But his track record in the minor leagues suggests he is more likely to be in the low twenties.

The most attractive part of Tucker’s game is his power-speed combo. That’s what makes him such an attractive outfielder for fantasy. In just 22 MLB games last season, he clubbed four home runs and stole five bases. If we combine his big league stats with his minor league numbers, he belted 38 dingers and had 35 thefts. That’s impressive.

Tucker showed last year that he can barrel the ball with frequency (12.8 barrel %) and hit it hard (92.0 average exit velocity and 48.9 hard-hit rate.)

His average will probably not surpass or approach .300, but would you complain if he hits .260 with 30 home runs and 30 steals? Yeah, neither would we. Hitting in the Astros’ high-powered offense will almost guarantee good runs and RBI totals. It’s time to buy Tucker now because by this time next year, he could be very, very expensive.

In only 126 games, he hit 26 home runs. Canha is especially helpful in OBP leagues: he had a .396 mark last season, which is fantastic. He can make your fantasy baseball season a memorable one, as he is a hidden gem.

Of course, outside of Matt Chapman and Marcus Semien, people usually don’t pay attention to hitters in the Oakland A’s. The Jesus Luzardos and the AJ Puks of the team, those on the pitching side, are the ones that make most of the headlines. But Canha can deliver the goods.

For a player capable of hitting 30 home runs if given enough at-bats, Canha doesn’t strike out a lot. He had a 21.5 % mark last season, and he quietly put up a 4.0 fWAR season. That’s more than Gleyber Torres, for instance.

Canha’s success in 2019 is backed up by his Statcast profile. His wOBA was in the 92nd percentile. He had an above-average exit velocity, at 89.1 mph, and also registered a good 41.1 hard-hit rate.

If Canha manages to show at least marginal improvements against breaking balls and changeups, he will be an absolute beast. Against curveballs and sliders, he had a .284 xwOBA last season, and versus offspeed stuff, he had a .288 mark. He showed in 2018 that he can thrive against changeups (.373 xwOBA.) Do you want to look like a genius in the season? Give Canha a try. You won’t be sorry.

The Eloy Jimenez and Luis Robert contract extensions taught us something: the White Sox want to compete now. They don’t have any incentive to hold good players down in the minor leagues. If you are competing, might as well call up Nick Madrigal too, right?

Madrigal is, without a doubt, the White Sox’s second baseman of the future. He is a hitting machine that will surpass .300 every year due to his contact prowess and elite sprint speed. Those looking for batting average assets will love Madrigal: he can make your fantasy baseball season and there is a chance he wins the job in spring training.

There is a perception out there that since Madrigal has hit only four home runs in his professional career, he will be a zero in the power department. I differ. Some scouts have assigned a 45 label on his raw power, most notably the good folks of Fangraphs. That’s a hair below-average, but not zero. He has the quick wrists and the bat control to hit somewhere in the neighborhood of five to 10, maybe a few more per season if he makes a couple of adjustments.

Madrigal is a unique hitter. He literally never strikes out, registering a 2.8 K% in Double-A and a 3.7% mark in Triple-A. That’s insane! He can walk (9.7 BB% in Triple-A) he will score runs, he will steal bases… Nick Madrigal is atypically great. You could say he is a throwback. But he will help your fantasy team and make you look like a genius.

A “Gingergaard” breakout party is looming, and it’s going to be this year. A talented right-hander with an otherworldly cutter and effective sinker, May will be competing for one of the spots in the Dodgers’ rotation. He will have to hold off the likes of Alex Wood, Tony Gonsolin and Ross Stripling in spring training, but I love his chances. I’ve been an advocate of betting on talent, not necessarily on opportunity. And if it doesn’t come in March, it will come in April or guess what, in May. It is a matter of when, not if, Los Angeles gives him a regular turn in the bigs.

Last season, May was on every top-100 prospects list. He is the future of the Dodgers’ rotation along with Walker Buehler. And this season may (oops, I did it again) be the last one in which you get him on the “cheap.”

He has nearly flawless command of multiple pitches, including a sinker, a cutter, a four-seamer, a curveball, and a changeup.

The expected stats help us remove defense and ballpark from the equation if we want to know how much skill was shown at the moment of batted ball contact. Per Baseball Savant, “looking at the exit velocity and launch angle of each batted ball will result in a Hit Probability being assigned, based on the outcomes of comparable historic balls in play.” By accumulating the expected outcomes of each batted ball with actual strikeouts, walks and hit by pitches, these expected stats – Expected Batting Average (xBA), Expected Slugging (xSLG), and Expected Weighted On-Base Average (xwOBA) – “tell the story of a player’s season based on quality of and amount of contact, not outcomes.”

Perhaps a new ball will greatly improve Boyd’s ERA. Perhaps not. But even if you don’t expect it to drop (which I am, to be honest, since a 11.56 K/9 and a 2.43 BB/9 is a good indicator as far as future performance goes) his strikeouts are an asset to your team. Boyd’s K potential will make your fantasy baseball season.

Another reason I expect his ERA to drop to the high 3.00s is that his 1.89 HR/9 is very hard to sustain over time. Yes, he is a flyball pitcher, but even still, that’s a very high number that should drop in 2020.

At the very least, Boyd will be an asset in strikeouts and help in WHIP, with potential for improvement in his ERA. With a little positive regression in his fastball (.359 wOBA vs. .317 xwOBA in 2019), he will be more than OK.