5 Late Round Bargains for 2022-23 Fantasy Basketball 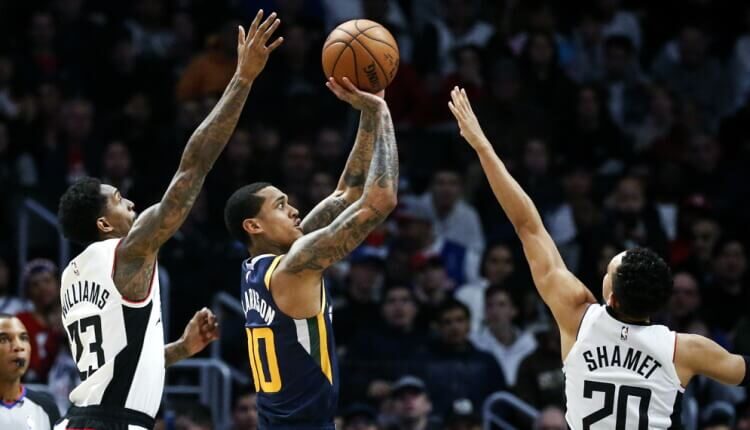 In order to give yourself the best chance to win your leagues, not only do you need to get your high-value draft picks right, but you’ll also need to hit on your late round draft selections. Injuries happen. Players get traded. Needs get addressed. We’ve highlighted five potential late round bargains that could come into their own over the course of the season.

Jovic is a rookie who I believe was a lottery talent, but he fell in the draft because not everyone is as smart as your boy. He’s 6’11”, can score on all three levels, can rebound, and block shots. He’s exactly the kind of scorer that I felt Miami was missing in the playoffs last year. Butler could be counted on to score. Lowry could not. Adebayo could not. Herro… sometimes. A big that can shoot is exactly what the doctor ordered. But I won’t get ahead of myself considering he’s just a rookie and will have to earn his playing time and learn the game. In big lineups, he’ll probably come off the bench, Bam will play the PF, and Dedmon will play Center. Despite Jovic’s size, he’s slim, and likely won’t be much of a defender outside of blocked shots. For a late round pick, he’s worth the risk.

I was blown away by what I saw from Mathurin this year in Summer League. I didn’t see a lot of him in college, so he wasn’t on my radar, but he is now. In three Summer League games, he averaged 19 points, 4 boards, and 1.3 assists. He’s a natural scorer and incredibly athletic. With Sabonis gone, and Halliburton a facilitator before anything else, I think Mathurin could be the high scorer on the team. It’s probably because of the body type and the jersey, but I see a lot of young Paul George in this kid. Without much of a track record, I don’t think you’ll have to worry about Mathurin getting sniped ahead of your picks in the late rounds. Unless you’re reading this from a phone/computer in the beautiful state of Indiana…

Nikola Jokic, a load-managed Jamal Murray, a load-managed Michael Porter Jr., and an Aaron Gordon that is often an afterthought in this offense. That gives Bruce Brown all the usage in the world to put up big numbers. It’s not the per-game averages last season that will catch your eye, which is exactly the kind of thing that keeps someone available in the late rounds. It’s the fact that when the Nets needed someone to lean on last year when Kyrie was out, or KD, was off, or vice versa, they relied on Bruce Brown. Brown’s game highs last year were as follows: 23 points, 12 boards, 8 assists, 5 steals, and 4 blocks. Will he put all that together in one game? Unlikely, but he has the ability to put up big numbers and in this Denver offense that will have plenty of nights without MPJ or Murray, they’ll need Brown to step up.

Dame will be back, so that’s going to scare a lot of people away from the Portland players since he’s a 30%+ usage player, but he’s always been that, and it didn’t stop CJ McCollum from averaging 20+ points per game. I don’t think it will stop Simons either. We have to accept the fact he’s arrived as a scorer. He’s not a scrub that put up big numbers on a depleted team. Simons averaged 17 points per game last year, which was far and away his career high. He also shot over 40% from three on eight attempts per game. His game-high last year saw him hit 43 points on 9 of 17 from three-point range. The Trail Blazers front office knows what they’ve got in Simons. He’s here. Act accordingly.

Jordan Clarkson is pretty much a finished product in my eyes. A perennial sixth man of the year candidate, who will have the opportunity to see starter’s minutes with each game. We know what he is. He’s 15 to 20 points every night. With upside to 40+ if the leading scorers miss the game. With Rudy Gobert and Donovan Mitchell gone, Clarkson is the elder statesman, and it could very well be Jordan Clarkson’s show to run sometime this season. Getting in on him early could win you your league.

Got a few late round bargains of your own? Don’t be shy! Drop some names in the comments below and then head on over and check out our full 2022-23 Fantasy Basketball Draft Kit!