5 Hitters to Avoid in a Shortened 2020 Season 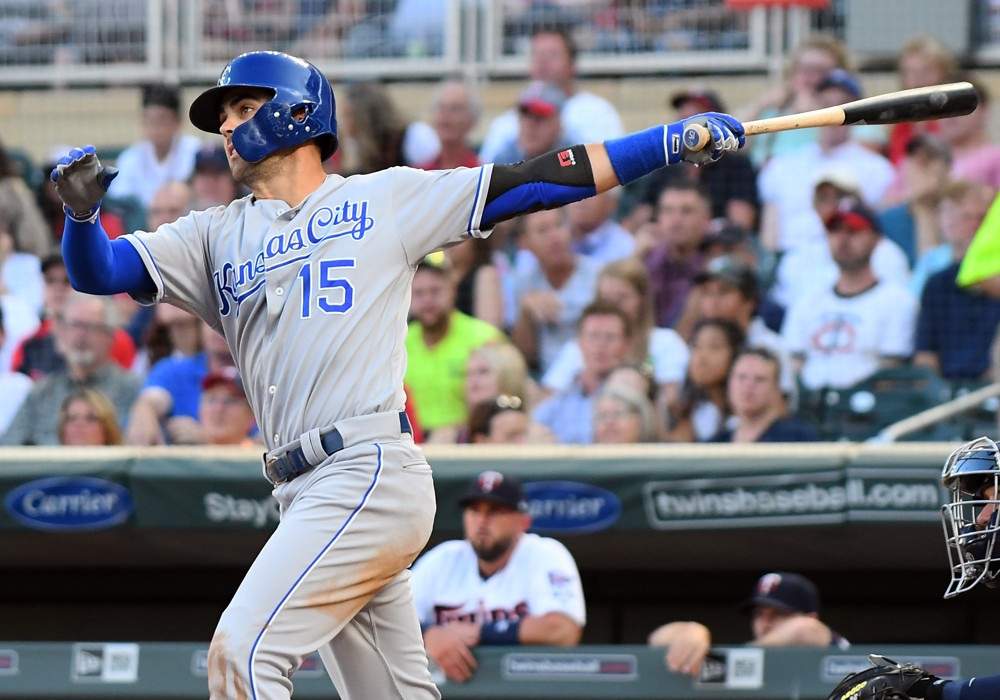 Last time we talked about five underrated hitters to target in a shortened season, you can read that here if you missed it. In that piece, we focused on hitters with a Fantrax ADP of 200 and beyond. Most of those hitters were underrated veterans and players with great draft values. Now we’ll be looking at hitters to avoid in a shortened 2020 season.

A few of these players compiled a ton of plate appearances and counting stats, and will be valuable in a shortened season. However there are players with better draft values and similar skill sets. These handful of players are ones to avoid at their current Fantrax ADP, but they’re worth considering if they fall enough in drafts. Let’s see why we should avoid these five hitters in a shortened 2020 season.

5 Hitters to Avoid in a Shortened 2020 Season

A couple of concerns would be the drop in steals and the middling power as he’s averaged just over 15 home runs the last three seasons. He provides a solid .296 career batting average and he’s been over .300 the last two seasons. In a shortened season with the reduced plate appearances, Merrifield won’t be able to set himself apart from other similar players.

Merrifield’s barrel rate, hard-hit rate, and average exit velocity on FB/LD aren’t great, but you’re not drafting him for power. He sprays the ball all over the field with a pull, center, and opposite field distribution all over 30%. His 32.4% line drive rate is healthily higher than the MLB average of 25.5%. However the production he provides at his ADP makes him a player to avoid.

Merrifield’s Fantrax ADP of 58 makes him the fifth second baseman drafted. Adam Eaton is going over 150 picks later and provides similar production. Steamer projections on Fangraphs have Merrifield hitting .282/.337/.427 with five home runs, 33 runs, 23 RBI, and nine steals. Eaton’s Steamer projections have him slashing .282/.366/.431 with five home runs, 28 runs, 22 RBI, and four steals. Eaton’s 212 Fantrax ADP makes him a much better draft value when you compare past production and the shortened season projections. Merrifield’s current draft position makes him one of this season’s more expensive hitters to avoid.

Last season was Paul Goldschmidt’s first season with the Cardinals. Coming into 2020, there were reports of him dealing with an elbow injury, so we’ll see how or if that will affect him this season. Goldschmidt finished with 34 home runs, 97 runs, 97 RBI, and three stolen bases while slashing .260/.346/.476. Now those numbers don’t look too bad, but there’s been a gradual decline in batting average and OBP if you look at the last two years. The Cardinals home ballpark also isn’t great for right-handed hitting power when you look at Max Freeze’s article on home run park factors.

If his power and on-base skills continue to drop, then he’s not a player to target as a top-75 pick. His struggles against fastballs last season are another concern. Against fastballs, his batting average, slugging percentage, and wOBA all went down from 2018 to 2019 while his whiff rate went up. In addition, his O-Swing% went up from 28.8% to 31.4, so he chased balls outside the zone more last year.

News did break on July 3rd where Goldschmidt stated his elbow’s feeling 100%, but there are other concerns that make him one of our hitters to avoid in 2020. Goldschmidt’s Fantrax ADP of 70 makes him the 7th first baseman drafted, but I prefer grabbing Max Muncy seven picks earlier or waiting for Josh Bell 15 picks later.

Let’s look at his StatCast data. Last year his career-high 13.6% barrel rate ranked in the top 8% of the league. That barrel rate ranked him behind Matt Olson, George Springer, Eugenio Suarez, and Keston Hiura. Odor also set a career-high with a 45.6% hard-hit rate in the 86th percentile tied with Bryce Harper and in front of Cody Bellinger. When looking at average exit velocity on FB/LD, he’s in the top 25 with a 96.2 mph average exit velocity. Odor can mash, but he’s a power bat with a high strikeout rate which is worrisome.

Over a full season, he usually provides 25-30 home run power with double digit steals. However in a shortened season, there’s other players who provide similar power and won’t ruin your team’s batting average. Odor’s 231 Fantrax ADP makes him the 13th second baseman drafted. There’s too much risk with Odor’s skill set and better to avoid unless he falls in drafts. Shin-Soo Choo would be a preferable option drafted in this range, and he provides power, steals, and more consistency. Or another second baseman would be Jonathan Schoop who goes 80 picks later that can provide similar power without the steals.

When we look at his Statcast data, there’s not much that backs up the career season. Escobar had a 31.5% hard hit rate (17th percentile), 7% barrel rate (41st percentile), and 91.1 mph average exit velocity on FB/LD (ranked 202nd). He’s a pull heavy switch hitter that hits a ton of fly balls with both above 43% on Fangraphs, so he sells out for power.

Similar to Merrifield, Escobar’s a compiler that will receive a ton of plate appearances. In a shortened season, plate appearances will be valuable, but his Statcast batted ball data doesn’t support the career season. He’s the 14th third baseman drafted with a 117 Fantrax ADP, but I’d rather wait for Hunter Dozier or J.D. Davis with more convincing batted ball data about 50-60 picks later.

First off, I’ll mention that I like Kyle Tucker, especially in dynasty leagues. However, for shortened season redraft purposes, the biggest question is playing time. Last season in 72 plate appearances, he hit four home runs, 15 runs, 11 RBI, and five steals. He slashed .269/.319/.537 with a 5.6% walk rate and 27.8% strikeout. In Triple-A last year, he finished with 34 home runs and 30 steals after hitting 24 home runs and 20 steals in 2018. That type of power/speed combination is something we’re hoping to see translate to the majors with more playing time.

On Roster Resource, Tucker’s slated to be on the bench although he has the skills and potential to be playing over Josh Reddick. It doesn’t appear he’s projected to platoon with anyone at this point. Even if he plays his way into more playing time, the impact will be minimal in a part-time role at the bottom of the lineup. Tucker’s someone to avoid with the question marks surrounding the lack of playing time. His 188 Fantrax ADP makes him the 40th outfielder drafted right after Bryan Reynolds who’s a much better option in this range. In a full season, he would be a player to stash on your bench, but players with limited playing time will be difficult to roster in a shortened season.

Who are your hitters to avoid in this strange season? Let us know in the comments below.