Did you draft a hitter in 2021 that failed to return value? We probably all did, and that can be frustrating. The positive is that those players who struggled could lead to good buying opportunities for 2022 redraft and dynasty leagues. Who are some bounce-back hitters to target in your 2022 Fantasy Baseball leagues? Let’s take a look.

Bounce Back Hitters for 2022

Mookie Betts as a bounce-back candidate? He definitely fits the bill. Before you overreact and say he’s following the Andrew McCutchen path of aging, consider Betts’s performance before 2021. Even though 2020 was a shortened season, Betts hit 16 home runs and stole 10 bases over 55 games. Just so you realize how good that was, his per 600 plate appearances was 39 home runs and 25 stolen bases. Between 2016 and 2020, Betts per 600 plate appearance average was 27 home runs and 22 stolen bases. Add in a .303 batting average and .381 on-base percentage over that span, and you have an elite player.

So, what happened in 2021? I think it starts with the fact that Betts was not healthy most of the season. He played through injuries for almost the entire season, beginning with a back injury that started in early April and lingered. He dealt with a forearm injury, a shoulder injury, an allergic reaction, and an illness, all before the hip injury that put him on the injured list. So as you can see, Betts was dealing with a lot last year. That does not mean he is injury-prone by any means.

Another pinpoint in what went wrong with Betts in 2021 is his pull and groundball percentages. Betts posted a career-high pull rate of 48.3 percent. Usually, that is not a bad thing, as it often results in more home runs. But, in Betts’s case, many of those pulled balls ended up on the ground. Betts is also a great all-field hitter, which gives him a batting average boost. That was lost this season. It looks pretty likely that the injuries Betts dealt with affected his ability to lift the ball, and he was trying to overcompensate by pulling the ball more. It just did not work out in his favor. 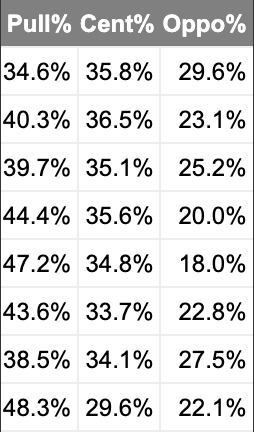 Betts’s hip has felt good so far this offseason, and he does not expect to have surgery. This should be a good sign for him, and having an entire offseason to heal should lead to a normal Mookie Betts season in 2022. I expect a 30 home run/15 stolen base type season and a batting average close to .290 for Mookie Betts.

Conforto was hit on the wrist by a pitch early in the season. It did not cause him to miss any time, but I have to wonder if there was lingering pain throughout the year? He also had a hamstring injury that caused him to miss over a month between May and June. 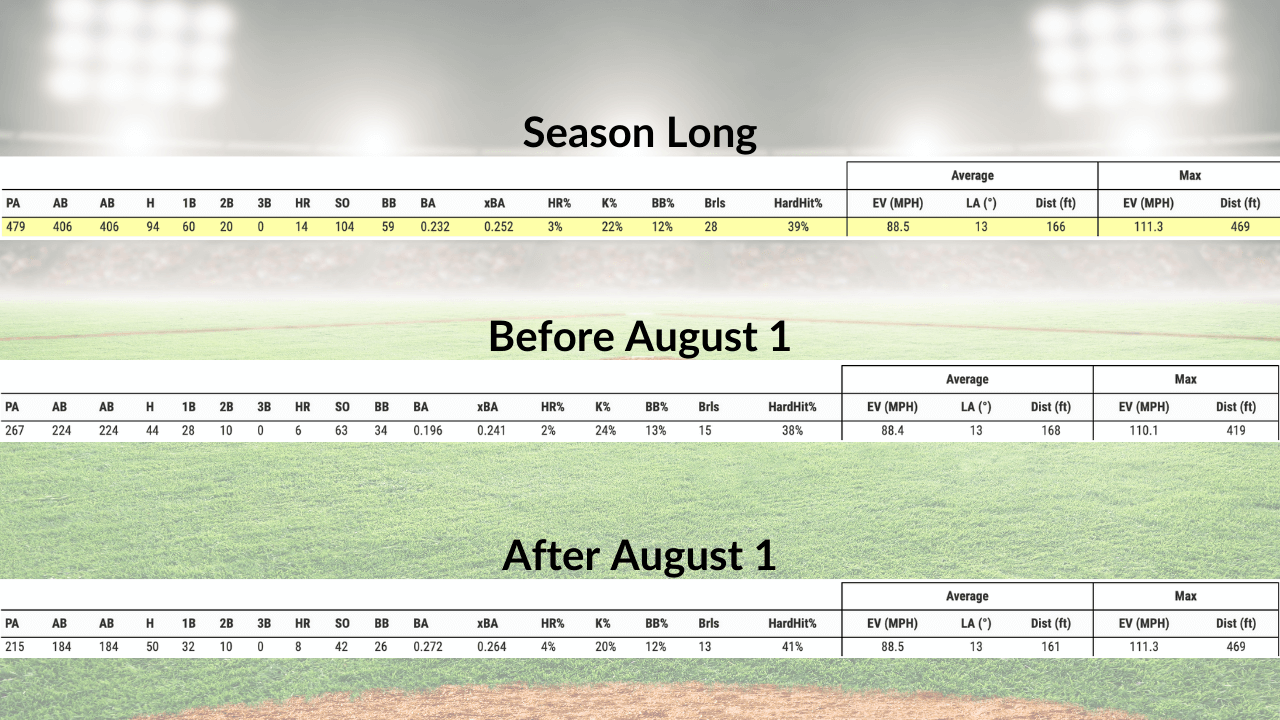 Another notable thing is Conforto’s home run-to-fly ball rate. His career HR/FB percentage is 18.9 percent, but from 2017-2020, Conforto posted a 22 percent home run-to-fly ball rate. In 2021 that number dropped to 13.5 percent for the season. From August 1 through the end of the season, Conforto did see his HR/FB rate jump to 16 percent. Still below his average, but encouraging nonetheless.

Michael Conforto is one of my favorite bounce-back hitters for 2022. He will likely never hit .322 again as he did in 2020, but he could be a .260 type hitter that hits 25-to-30 home runs. Conforto’s early NFBC ADP sits at 191. That makes him an easy buy at that price point and a great buy-low candidate in dynasty leagues.

Francisco Lindor’s first season in the Big Apple was not one that Mets fan and I’m sure Lindor himself envisioned. Despite the down season, Lindor still managed to hit 20 home runs and steal 10 bases, although it came with a .230 batting average. After struggling in 2020 as well, it is easy to wonder has Lindor just regressed?

Lindor did suffer an oblique injury mid-way through June that caused him to miss more than a month. Oblique injuries often linger and cause a player to struggle to return to form, but Lindor was better after injury.

Before suffering the oblique injury, Lindor was slashing just .226/.325/.373 with 11 home runs and eight stolen bases over 369 plate appearances. Over his final 155 plate appearances upon returning, Lindor hit nine home runs and slashed .239/.316/.500. Still not ideal, but the power did return which was a bit of a surprise considering the nature of an oblique injury.

Lindor ran a career-low BABIP of .248 in 2021. Despite being a player who runs below-average BABIP’s, last season was a significant outlier for Lindor. There will likely be less pressure on Lindor in his second season with the Mets, and he hopefully runs into better batted-ball luck.

I am a little surprised that Lindor is going at an average pick of 53 in early drafts, as I thought there might be a more significant discount. Regardless, Lindor is an excellent choice among bounce-back hitters for 2022.

Austin Meadows had an incredible debut season in 2018 and a solid first full season in 2019. But coming off the 33-HR/12-SB season, Meadows flopped in 2020 but dealt with various issues. Before the season began, Meadows was diagnosed with COVID-19 and returned about two weeks later. He also suffered an oblique injury late in August that he tried to play through but eventually wound up on the Injured List. 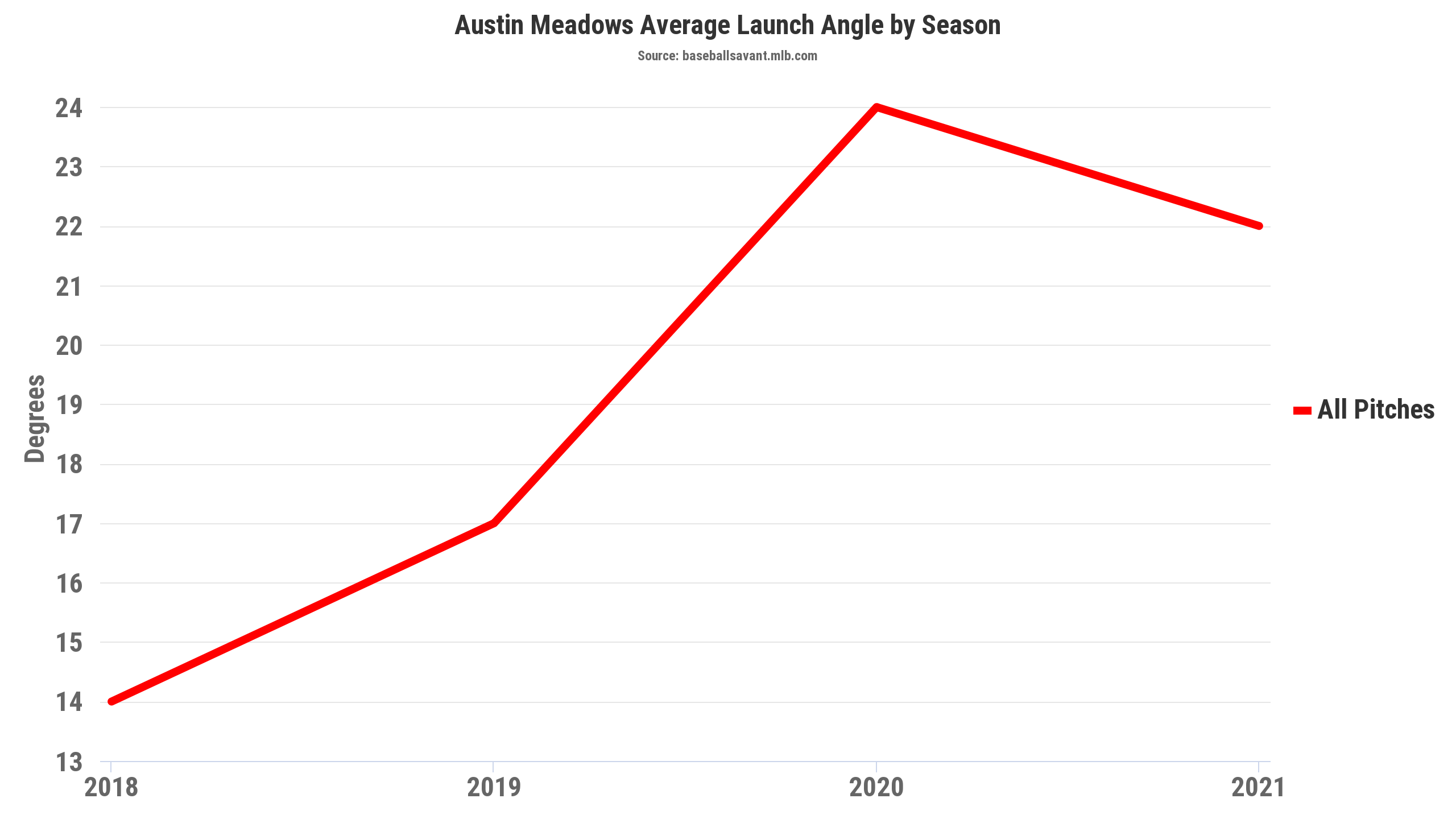 For the most part, Meadows’ underlying metrics match 2019, which is encouraging. The most significant difference is his flyball rate is just too high. If Meadows can get back to hitting more line drives, you can expect the batting average to trend upward without sacrificing his home run power. Meadows is a great candidate for a strong bounce-back season even though he still hit 27 home runs and drove in 106 runs last season.

Thanks for taking the time to read my article on bounce-back hitters. Be sure to follow along with Eric Cross’s Dynasty Breakdowns by Team and his latest with the Boston Red Sox.

Also check out these 5 Under-the-Radar Hitters Who Could Hit 30 HRs.