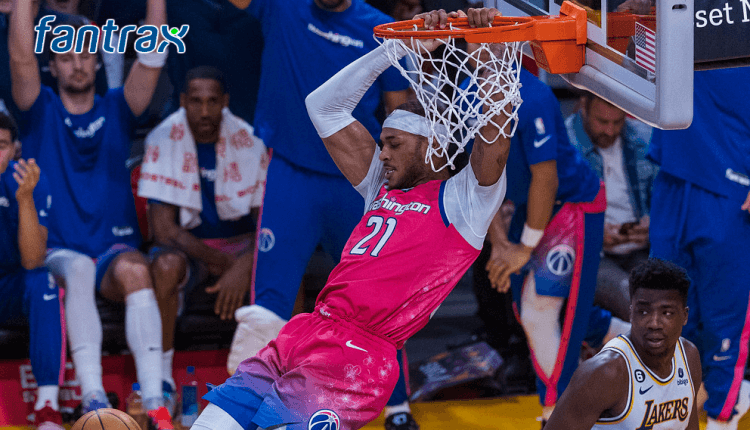 It’s been a while since we had a mega slate of ten NBA games in a night, but tonight is that night my friends. Let’s make the best of it! With prop bets, we don’t need to wait for season-long storylines to play out. Every day is a new day. Fantrax wants to help you win a bit of money, so we will be giving you NBA Player Prop Bets every week. We’ll shy away from keying in on any particular sportsbook, as we know odds vary, and so do props. We’ll focus on our projections, and allow you to find your best odds. Let’s get into today’s props.

After not playing in 2.5 years, Isaac returned to the lineup last night against the Celtics. In 10 minutes of game action, Isaac scored 10 points. There’s a chance they could rest him tonight, but I’d imagine he’ll get a few more minutes as they try and ramp him up. Orlando takes on the Pacers who are 23rd in defense and 3rd in pace. The Magic will have more possessions than they are used to having, and will face some poor defense. Judging how active Isaac was in his tiny allotment of minutes, I think it’s prudent to expect the same in more minutes. Only take this bet with + odds though. It’s a lot to ask for an NBA player to make an impact in such a small amount of time, but Isaac has the potential.

The Wizards take on the Rockets tonight, in what should be a shootout. The Rockets are 28th in defense and 16th in pace, so I expect the Wizards to score at will, essentially. The reason for targeting Gafford, however, is that Kristaps Porzingis will remain sidelined for at least a couple of weeks. Gafford is the primary backup. He’s one of the most active bigs I’ve ever watched. He doesn’t foul a ton, he’s bouncy, and he can grab blocks, boards, and points on every possession. His Per 36 minute stats are: 17 points and 10 rebounds. He won’t get 36 minutes (though I don’t understand why not), but he won’t have to contend with Porzingis taking up his usage. I expect a big night from Gafford.

The Jazz take on the Trail Blazers tonight. The Blazers are 16th in defense and 23rd in pace. Not necessarily anything to target there. So why would I be positive on Lauri? For one, he’s the Jazz’ primary scorer. I know they are trying to showcase some guys ahead of the trade deadline, but Lauri takes about 17 shots per game on average. The most important reason, however, is that I just watched the SPURS(!!!) score 127 points on the Blazers. And everyone was healthy on that Portland team. If the Spurs score 127 points on you, then the 4th best offense in the league can be expected to have a day, as well. Roll with Lauri tonight.