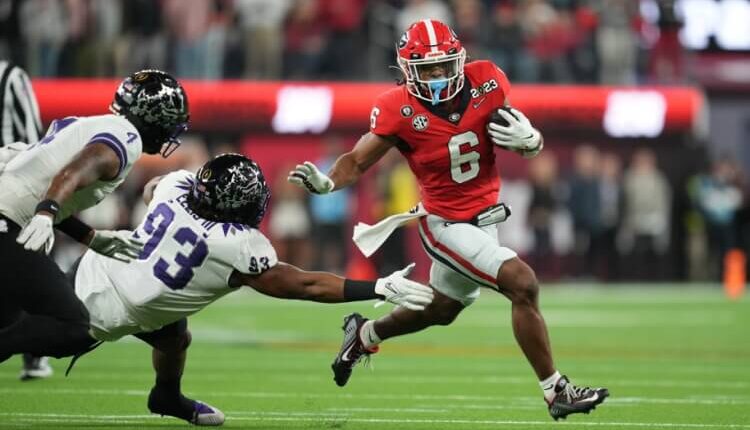 The 2023 NFL Draft season kicks off in Mobile, Alabama at the 2023 Senior Bowl. Matt Hicks, @theFFEducator, and John Laub, @GridironSchol91, examine the running backs on the Rookie Big Board Senior Bowl Preview show.

Matt and John run through the tape and analytic profiles of the eight running backs invited to the 2023 Senior Bowl. Listen in as they break down Chase Brown, Camerun Peoples, Evan Hull, Kenny McIntosh, Christopher Rodriguez Jr., Eric Gray, Tyjae Spears and Roschon Johnson. Check out the Senior Bowl RB preview show to get a head start on the competition.