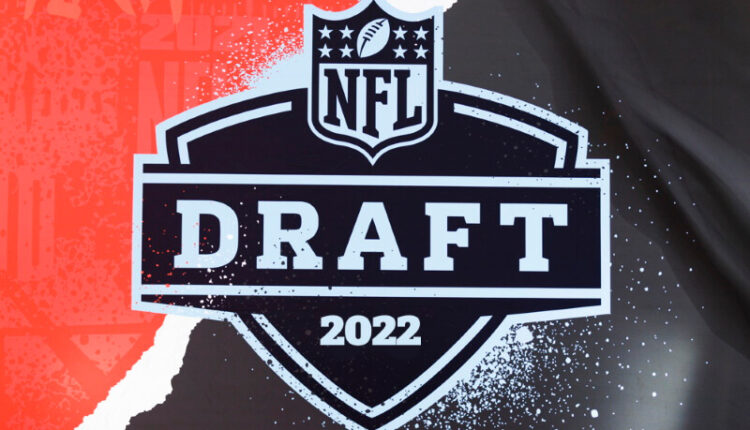 While the AFC East isn’t as strong as some other divisions like the AFC West, it features a Super Bowl contender in the Buffalo Bills and other young up-and-coming teams like the Miami Dolphins, New York Jets, and New England Patriots. This division overall ended up having a very active free agency, which has led to these teams having very different draft needs than they once had months ago. The question as to “which team won the draft?” often comes down to which team addressed the most needs, ultimately making determining what those needs are that much more important. That brings us to the AFC East Team Needs going into the NFL Draft!

The Bills are one of the best teams in the NFL. With very few flaws, their roster is extremely well-rounded and is strong in almost every premium position. Their big offseason acquisition, Von Miller, is expected to play a huge part in any playoff run they make… and may possibly live in the heads of other young AFC East QBs. While the Bills added two defensive tackles in Daquon Jones and Tim Settle, they could still use some help to strengthen that area. However, as I mentioned earlier, they aren’t in dire need at any one position as they project to be a Super Bowl contender in 2022. Lastly, they could use additional help at WR, even after adding Jamison Crowder as a Cole Beasley replacement. Although Stefon Diggs is a top 5 receiver in football and Gabriel Davis has emerged as one of the great young WRs in football, they could look to improve their wide receiver depth behind Gabriel Davis.

The Dolphins are an exciting team to follow with a lot of buzz going into the 2022 season. In acquiring Tyreek Hill, the Dolphins made one of their stronger positions even stronger, allowing young star WR Jaylen Waddle to be a WR2. This should allow him to get even more opportunities against CB2s considering the unbelievable speed that allows him to get past defensive players. Additionally, the Dolphins moved to protect their young QB by adding two good linemen in Connor Williams and Terron Armstead.

As for needs, the Dolphins need a sideline to sideline linebacker which this draft possesses in the first round. They also could use some help on the OL, even after the additions of Terron Armstead and Connor Williams. The problem in addressing those holes is the Dolphins gave up much of their draft capital in the Tyreek Hill trade and now have their first selection coming in Round 3 of the NFL Draft. This will make it a lot harder for the Dolphins to solve those holes, but their active offseason should give them some insurance if they ultimately come up short in eliminating their remaining holes through the draft.

Let’s not beat around the bush, the Patriots got a lot worse this offseason. Losing J.C. Jackson to the Chargers was a big loss, and trading Shaq Mason was a head-scratcher to many in the media considering their presumed attempt to make the playoffs in 2022. This isn’t even factoring in other players they lost this offseason like Ted Karras, Kyle Van Noy (who they released), and Dont’a Hightower. While they did add Devante Parker to the offense, the losses have amounted to several new holes they need to fill, and they will need to use their draft capital to help fill those holes.

Replacing J.C. Jackson will be very tough, but draft prospects like Kaiir Elam fit their man-dominant system really well. The same could be said about some of the bigger and longer linebackers in the draft, which are a must in the New England system. As for wide receiver, Devante Parker gives them some flexibility to wait in the draft to get their guy, but let’s not forget the Patriots’ shaky track record drafting receivers (N’Keal Harry comes to mind). Overall, the Patriots project to take a small step back in 2022 unless they hit the lottery in the NFL Draft.

The Jets were very active in free agency, and that will give them the ability to be flexible with their substantial draft capital. With all of that in mind, the Jets still have a lot of work to do on both sides of the ball. Before we dive into the specific needs, It’s important to note how Robert Saleh runs his defense. Saleh prioritizes edge rush and is a firm believer that a dominant pass rush is the best way to defend against elite QBs and WRs. He’s also been very vocal in his support of offensive coordinator Mike Lafleur, who many believe is seeking a dynamic playmaker at receiver to help rookie QB, Zach Wilson.

The Jets haven’t had a dominant pass rush in decades, and lucky for them, this draft features many exciting names like Aidan Hutchinson, Kayvon Thibodeaux, Travon Walker, and even George Karlaftis who all project to be first-round picks. They could select one of them at 4, or even roll the dice and select an instinctive CB in Sauce Gardner at 4. Even though the Jets added D.J. Reed at cornerback, the defense could use a dominant cornerback. Look no further than the last exciting Jets playoff team about 10 years ago that featured superstar cornerbacks Darrelle Revis and Antonio Cromartie.

There are a lot of question marks around 2020 first-round pick Mekhi Becton, and due to George Fant’s FA status in 2023, many think it wouldn’t be impossible if the Jets selected OT Ickey Ekwonu at pick 4. Lastly, the Jets offense needs a dynamic playmaker, and several options like USC’s Drake London, OSU’s Garrett Wilson, and even Alabama’s Jameson Williams project to be options for the Jets at pick 10.