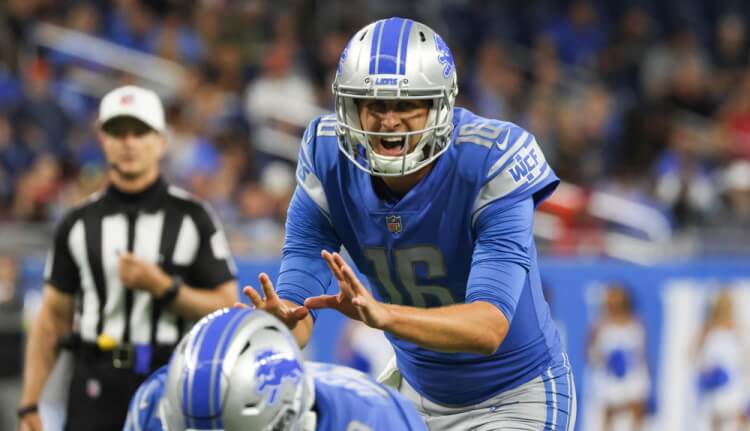 For Week 2, I recommended Matt Ryan at Jacksonville, Marcus Mariota at Los Angeles, and Carson Wentz at Detroit. Unfortunately, Michael Pittman was ruled out late in the week, and in his absence, Ryan and the entire Colts’ offense collapsed. Mariota had a useable albeit unexciting no. 18 quarterback finish on the week with the Rams’ fast defense limiting his rushing, and Wentz came through with second consecutive top-3 fantasy finish.

Overall, Week 2 offered some workable options for fantasy GMs who eschewed drafting a quarterback early and have been streaming the position. If you drafted Josh Allen or Patrick Mahomes early or managed to snag Kirk Cousins or Matthew Stafford later on in your drafts, this article probably isn’t for you. But if you’ve been streaming quarterbacks or just lost Trey Lance for the season, here are some viable Week 3 quarterback streamers with good matchups to target.

Note: The below quarterback streamers are the “best of the rest”, meaning that they’re generally rostered in less than about 50-60 percent of major fantasy football platforms at the time of this writing even after waivers have run on Wednesday.

In Week 2, Marcus Mariota wasn’t able to generate the same kind of rushing production we saw from him in Week 1. However, Mariota still rushed six times and should be able to get more yards on the ground this week against a weaker Seattle front seven than he did against Aaron Donald & co. in Los Angeles this past game. After all, even Jimmy Garoppolo was able to stumble in for a rushing score against the Seahawks this past week, and Mariota is a much faster and more elusive runner.

In addition to his rushing production giving Mariota both a high floor and high ceiling, the Seahawks’ defense ranks 30th against the pass in DVOA through two weeks, having allowed the ninth-most passing yards to opponents thus far. Although Seattle is favored by two points, Atlanta has a chance to nab its first victory here, and Mariota would play a major part in that with the Falcons’ run game struggling. His rushing potential and good passing matchup makes Mariota among the best quarterback streamers for Week 3.

You’re probably thinking right now, are you serious? You’re suggesting Matt Ryan as one of this week’s quarterback streamers after he just threw three interceptions and zero touchdowns in a blowout loss to Jacksonville? The answer is yes for a few reasons. One of the most important is that both Michael Pittman and Alec Pierce were out in Week 2, which factored into how anemic the Colts’ offense looked against the Jaguars. Both Pittman and Pierce were already back at practice on Wednesday with the expectation that both will play against the Chiefs.

It also helps that while the Colts’ offensive line ranks a dreadful 30th in pass block win rate after two weeks, Kansas City’s defense hasn’t be able to pressure opposing quarterbacks much, ranking just 23rd in pass rush win rate through two games. Moreover, there are currently 50.5 total points projected to be scored in this matchup, the second-highest total among the Week 3 games. Assuming the Colts fall behind early to a strong Chiefs offense, Ryan should be throwing a lot and find a bit more success this week with his top two wide receivers back.

Would you believe that through two weeks, the Lions are tied with the Chiefs for second-most points scored behind only the Bills? Yes, it’s true, and that’s why Jared Goff makes the list of quarterback streamers this week. Detroit’s passing offense also ranks 13th in DVOA after two games, whereas Minnesota’s passing defense ranks 23rd and has allowed the fourth-most passing yards thus far to opponents.

Part of the reason the Lions have scored so many points is out of necessity. Their defense has allowed the second-most points to opposing offenses through two games, which has forced their offense to keep pace in high-scoring contests. In fact, this matchup has the highest projected point total of the week with 52.5 total points. Kirk Cousins is probably the safer option in this matchup and is actually available in a small percentage of leagues, but Goff is widely available and being overlooked in what projects to be another shootout for Detroit in Week 3.

In deeper leagues, if none of the above-recommended quarterback streamers are available, Justin Fields rushed for a touchdown against the Packers on Sunday night and was ruled an inch short of a second rushing score. Even with the Bears not passing much, Fields is a threat to add fantasy points with his legs. And if you’re desperate, Ryan Tannehill predictably struggled against an elite Bills defense on Monday night, but the Las Vegas defense has allowed the fifth-most passing yards and the ninth-most points to opponents through two games. Tannehill should have a bounce-back game at home against the Raiders in Week 3 after a brutal showing this past week.

Fantrax was one of the fastest-growing fantasy sites over the last few years, and we’re not stopping now. We are the most customizable, easy-to-use, and feature-rich platform in the industry, offering the greatest fantasy experience for your dynasty, keeper, redraft, and best ball leagues. Fantasy sports doesn’t sleep, and neither does Fantrax, with seasons running 365 days a year. Take your fantasy leagues to the next level now at Fantrax.com!
2022 Quarterback Streamers
Share