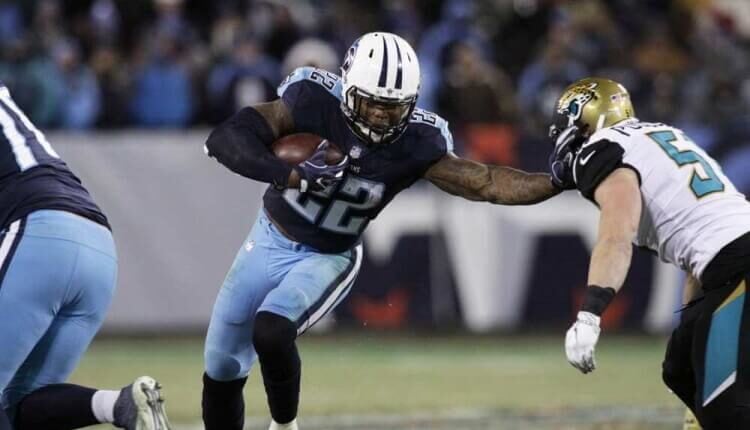 There’s a massive difference in how you should conduct a standard format draft versus either form of PPR. In the standard format, I’m only looking for two things in a player, volume and touchdowns. Since you won’t get any extra points for catching the ball in standard format, I am choosing to value the running back position more than wide receivers. This mock draft will feature a running back heavy approach early in the draft and I will rebound by drafting high-upside wide receivers in the later rounds. I mocked for 12 rounds which is good enough to set your QB, WR/WR, RB/RB, TE, and Flex plus 5 bench players.

Jonathan Taylor, Christian McCaffrey, Austin Ekeler, Dalvin Cook, and Najee Harris all fly off the board. Picking from the sixth spot, King Henry is an absolute no-brainer here, especially in standard format. It is very surprising to see him drop this far, but I do understand the skepticism based on last season’s foot injury. For me, the reward far outweighs the risk. Derrick Henry has too much upside not to draft, his fall stops right here with me.

Featured in my bounce-back candidates article, I’m snagging Saquon Barkley with my second pick. I’m loving a Saquon resurgence this season. Trusting your rehab enough to make cuts at full speed is an important part of a player’s acclimation back into the league. Finally, Barkley is 100% healthy, but I also believe that he now trusts his ankle and knee to hold up for a full season.

I normally don’t draft quarterbacks this early. But I could not pass up the opportunity to draft three possible MVP candidates in a row. Allen is going to score a bazillion touchdowns this season. He’s going to score them through the air and on the ground. By picking Allen here I’ve essentially drafted the Buffalo Bills’ goal line back.

I told you I was going to wait on wide receivers. I took E-T-N with my fourth-round pick. At this stage in the draft, I had the choice between Etienne, J.K. Dobbins, or Elijah Mitchell (Breece Hall was taken two picks ahead of me). Ultimately, I chose Travis because Dobbins’ recovery situation is too dicey for me at pick number four. I really do like Elijah Mitchell, but San Francisco is known for their running back by committee style backfield. Instead, I can scheme on Tyrion Davis-Price later in the draft.

I’m still not done drafting running backs. Travis Etienne in my flex is already a beautiful thing. But Rashaad Penny as the first running back off my bench is a gosh darn masterpiece. At this juncture, Penny was the only RB available that I felt could be a bell-cow back in the NFL. In standard format, you really want to target backs that are projected to see the lion’s share of touches. If Penny can pick up where he left off last season, then he might end up being the steal of my draft.

I’m STILL not done drafting running backs. Just kidding. I don’t know what has gotten into me. I normally don’t draft backup quarterbacks, and you certainly wouldn’t catch me drafting a backup in the sixth round! But hear me out, there are a few reasons I did this. For starters, I was not expecting Lamar to be there for anybody in round 6. He is too good of a steal to let somebody else in my league have.

NFL bye weeks begin in Week 6, my starting QB, Josh Allen has a Week 7 bye. That’s pretty early in the season to be scrambling to sign a bum off the waiver wire. At this point, I’m feeling confident enough in my draft so far that I am willing to burn a spot on my bench for six weeks. Once I’m done with him there’s no doubt that I will be able to find a trade partner for him. I’d probably be looking to get some WRs to make up for going RB-heavy in the draft. In fact, at the end of this mock draft one team’s starting quarterback was Kirk Cousins. Better believe that I’ll be knocking on his door come Week 8.

Time to start drafting wide receivers. If Michael Thomas can return to form, then I’ve just landed a gigantic steal in round seven. Thomas obviously hasn’t played since Drew Brees was the starting quarterback, but the receiver is now healthy and participating in practice. I had the choice of Allen Robinson or Brandon Aiyuk as well. Overall, I felt that Thomas’ upside was far greater than either of the aforementioned WRs. If Thomas and Jameis Winston can establish an iota of what he and Brees had, then this pick will completely mask the fact that I waited this long to draft a receiver.

Since Hopkins is suspended for the first six weeks of the season, I’ll have to wait until Week 7 for reinforcements to arrive. But when they do, my squad is going to be looking mighty dangerous. This is about where I believe you can safely draft Hopkins. It’s a larger risk for me being that I’m drafting RB-heavy, but if I can pull off some early season victories, then it should be nothing but smooth sailing for me when Hopkins returns. Keeping in mind that this is standard format, it’s imperative that I hit on my next receiver picks because they’ll be carrying the load until then.

Let’s start patching the WR holes with a big-bodied receiver, who is shaping up to be the number one option in the Falcons’ WR room this season. Thanks to Calvin Ridley’s year suspension and the trading of Russell Gage, London’s main (only) real competition for targets will be sophomore tight end Kyle Pitts. Since I missed out on receivers early, I want to draft guys that are projected for a large volume share. London fits that bill.

In addition to having a large projected target share, Treylon Burks, just like Drake London is a red zone threat. Remembering that this standard format, we are prioritizing big play ability over possession receivers. Burks is virtually in the same boat as London, as he also should be the top passing option in his rookie season. Both guys have the size and vertical ability that should equate to a ton of red zone looks and touchdowns.

One more wideout for the road. You can’t say you’re looking for big play receivers and not go after one of Mahomes’ guys. This will be my third straight rookie WR, but there’s no arguing that they’re not all in the right situation to contribute immediately. Skyy Moore has been receiving a lot of buzz out of camp, scoring touchdowns and making diving grabs. The 2022 NFL draft featured an above average WR class, I’m sure Mahomes is itching to prove that his team drafted the best one.

pic.twitter.com/mv5UpJpD0E #Chiefs Skyy Moore is going to be a problem for teams. #ChiefsKingdom

I was halfway hoping to see Dawson Knox still on the board for me to pair with Josh Allen. That ended up being wishful thinking as he was drafted at pick 9.01 (probably too rich for my blood anyway). In standard format, it is important that all positions contribute to the TD category. Hunter Henry and his 10 touchdowns from last season will do just fine. In 2021, when the Patriots were in the red zone it felt like Mac Jones only had eyes for Henry. There are a few sleeper tight ends that I could have waited on as well, but for the purpose of this article, I felt it necessary to leave you with a completed starting lineup.