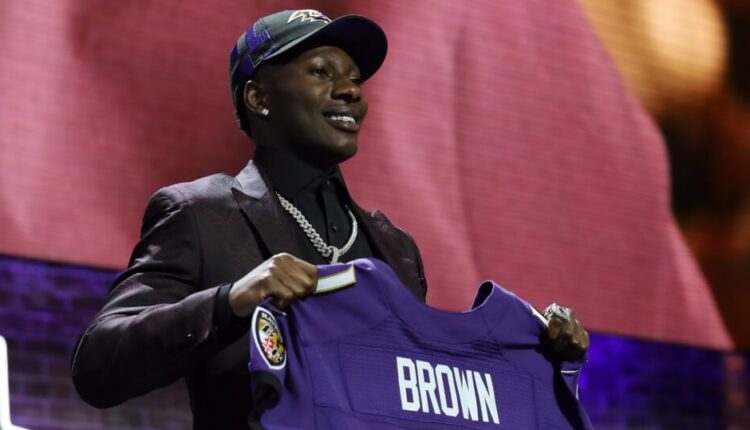 Pittsburgh Steelers: That Was Ben, This is Now

The big question for the Pittsburgh Steelers this offseason is: Who will be the starting quarterback in 2022?

The team signed Mitchell Trubisky to a two-year contract worth $14.3 million, which ranks 29th in APY value among quarterbacks – aka starter-money. Pittsburgh also has Mason Rudolph on the roster. Most mock drafts have the Steelers taking Liberty QB Malik Willis, but the offense will benefit most from Trubisky’s ability and experience. He does have a Pro Bowl season (2018), and two playoff seasons 2018, 2020) on his resume, after all.

Remember Mitch Trubisky talking about coming into Pittsburgh and leading right away? He’s having the #Steelers pass-catchers and the other QBs (Mason Rudolph and Dwayne Haskins) down to his FL home this weekend to throw and hang out. I’m told RB Najee Harris is going too.

If you are looking for Steelers running back value, and it’s not Najee Harris, stop looking. Harris averaged an elite 19.1 wOpp per game in 2021. He benefitted from a 70.7% red-zone carry share – the Steelers’ next highest was Big Ben at 12.2%. No other running back gets work in this offense, as long as Harris is healthy.

At the running back position, Harris received a 14% target share – 14.6% in the red zone. This was due, in part, to a lack of time in the pocket for Ben, but Trubisky has targeted running backs heavily in the past – see Tarik Cohen. Trubisky is an excellent runner, but the Steelers have not been a team that uses many RPOs (69-times in 2021) or designed QB runs. We may see a slight reduction in target share, but Harris is still a safe low-end RB1 and a dynasty gem.

The Steelers have two great, young wide receivers in Diontae Johnson and Chase Claypool. The two combined for 40% of Big Ben’s targets last season. With fellow receivers James Washington and Ray-Ray McCloud leaving 138 targets behind, Johnson and Claypool figure to have increased roles in 2022. Unlikely to use an early draft pick on a receiver, the Steelers may still sign a free-agent WR – they have $13.4 million in cap space, per OverTheCap. Anthony Miller is a very interesting sleeper, as he and Mitchell Trubisky have prior chemistry from their time in Chicago. He is a deeper-league consideration, for now.

From Week 9 onward, Pat Freiermuth saw 5.8 targets per game and saw the fourth most red-zone targets for a TE in 2021. The second-year tight end is poised for a breakout year and should be a popular sleeper during draft season. In this offense’s current form, Freiermuth is a low-end TE1, given his red-zone usage.

With Lamar back at the helm, this offense should return to form in 2022. The former MVP had a down year by his lofty standards and may go under-drafted as a quarterback with a 23.9% red-zone carry-share.

It should be noted that Mark Ingram was excluded from this chart for simplicity, as he was relegated to a depth role following his return from an early-season injury.

The wOpp per-game for the Ravens backfield in 2020 and 2021 (above) shows that the offense likes to operate in a three-“back” rotation. One RB is a straight-ahead runner (Murray, Edwards), one is a versatile back (Freeman, Dobbins) and the third is Lamar. This split should remain the same in 2022, and JK Dobbins is being over-drafted, despite this split. The talent is unquestionable, but consider the running backs he is being drafted ahead of, currently (from FantasyFootballCalculator):

The usage needs to improve dramatically for him to pay off that ADP.

Mark Andrews earned a team-high 26% target share in 2021 and is the top red-zone option in Baltimore. There is an argument to be made for Andrews as the top TE off the board in redraft this season:

Provided Baltimore does not add another WR, Hollywood Brown will be a top-12 PPR Wide Receiver in 2022.

Here are some of his opportunity numbers from 2021:

Those numbers came with Lamar missing four games, Brown dropping six passes – two of which were touchdowns (in the same game) – and missing his two top running backs. Brown is currently going in the 8th round.

The Ravens WR-corps featured Marquise (Hollywood) Brown and Rashod Bateman for most of 2021, as Sammy Watkins dealt with injuries. Bateman was a popular sleeper last season but has taken a while to establish himself within the Ravens offense. With Watkins gone, there is some room for Baltimore to potentially add a receiver through the draft, or through free agency. The Ravens have ten picks in the upcoming draft, including the 14th-overall pick. Baltimore has $7.1 million in available cap space, per OverTheCap.

Check back next week for a look at what opportunities are available from offseason moves by the Philadelphia Eagles and Dallas Cowboys.