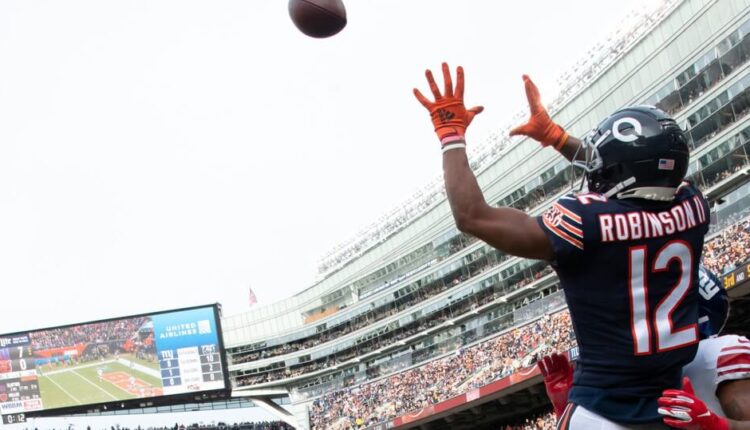 The 2022 Opportunity Tracker is where fantasy managers come to discover undervalued pass-catchers and potential sleepers uncovered by analyzing team target distribution and adjusting for offseason additions and subtractions. Many players will have new homes in 2022-23, and leading up to the NFL Draft (April 28th-30th), this series provides some high-level insight into the fantasy impact of important offseason moves for each team. Using this insight, we can help managers stay ahead of the curve in dynasty leagues and uncover vacant roles where teams may rely on newcomers and/or rookies to make an impact.

Allen Robinson was brought in to take over the Robert Woods (21.7% target-share)/Odell Beckham (16.9%) role in this Rams offense. Over a decent-sized sample, this role commands a target-share between 16.9%-and-21.7% (22% red-zone target share), given that Odell essentially replaced Woods after a mid-season knee injury. Robinson could be in for a career season with all of the attention on teammate Cooper Kupp. Van Jefferson may soak up some extra targets as he continues to develop within this system, but the main beneficiary will be Robinson, assuming health. At a range of 10.2 to 13.9 wOpp per game, Robinson is a high-end WR2 with upside.

Don’t be fooled by Tyler Higbee’s 14-target game in the Super Bowl. His 5.7 targets per game in 2021 are much more indicative of his role in this offense. He does see a 16% red-zone target share, which keeps him in the low-end TE1 range. It should be noted that the Rams are still hopeful to re-sign OBJ this offseason, but it is unlikely that he returns during the fantasy football season.

The Rams use a committee approach with their running backs, with a slight edge in targets toward the third-down back. The data shows a fairly even split between Sony Michel and Darrell Henderson from 2021, with 11.0 wOpp per game going to Michel and 13.2 to Henderson – the latter accounting for most of the backfield targets. It is difficult to project the 2022 backfield, as both players have pass-catching ability, but both figure to get opportunities.

With the team letting Michel enter free-agency, Cam Akers looks poised to absorb most of the available opportunities in 2022. Akers was the lead-back during the Rams playoff run, averaging 19.3 opportunities per game. His opportunities per game can be projected between 13.2 and 19.3, which explains his 6th-round ADP (currently), but that ceiling is massive. Henderson could have stand-alone value, but may be better suited as a late-round flier/handcuff until we see this offense in action.

The Seattle Seahawks will have a new quarterback in 2022 after trading their former franchise QB to Denver this offseason. The two quarterbacks currently on the roster are Drew Lock and Jacob Eason, with Lock as the presumed starter. Lock is an interesting late-round flier in 2QB and Superflex leagues, as this is the best pass-catching group he has played with, so there is plenty of upside.

Seattle operates a very concentrated passing attack with DK Metcalf (27.2% target-share) and Tyler Lockett (22.6%). DK Metcalf saw a 37% target share with Russell Wilson last season, and Drew Lock would be wise to keep it that way. DK is the superior fantasy option in Seattle, with the red-zone work creating a two wOpp per game separation between him and Lockett. With no changes to the wide receiver corps, both players should retain the majority of their roles, but may and may see a slight dip with the acquisition of Noah Fant. The overall efficiency of the Seattle offence may regress, but the Seahawks offense was not particularly efficient in 2021 to begin with.

Fourth-year tight end, Noah Fant, will take over Gerald Everett’s role from 2021, a role that yielded 4.2 targets per game in 2021. If the offensive game plan remains the same in 2022, Fant will see a significant reduction in target-share, from 5.6/game last season in Denver. The presence of Metcalf and Lockett makes those targets more valuable, given the defensive attention they command.

Although it was a while ago, Chris Carson began the season averaging 15 opportunities per game, a number that drops to 10.1 (wOpp), when adjusting for red-zone and passing game usage. Assuming Carson returns to full health, he should get the first crack at the lead-back duties. The Seahawks did not re-sign Alex Collins after the late-season emergence of Rashaad Penny made him expendable.

Penny, who has struggled with injuries himself, makes for an intriguing sleeper-pick in 2022. He finished last season averaging 19.8 opportunities per game over five games as the lead-back. The Seahawks used a 1st-round pick on Penny in 2018, so the team is invested in his success just as much as Carson’s. Chris Carson is expected to make a full recovery, which should keep the ADPs for both of the Seattle running backs lower during draft season.

Check back tomorrow for another NFC West edition of the 2022 Fantasy Football Opportunity Tracker.