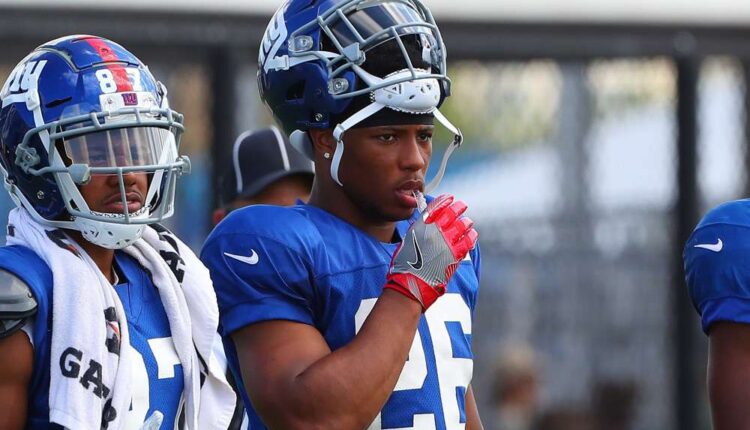 The 2022 Opportunity Tracker is where fantasy managers come to discover fantasy value and potential sleepers. We uncover value by analyzing team target distribution and adjusting for offseason additions and subtractions. Many players will have new homes in 2022-23 and leading up to the NFL Draft (April 28th-30th), this series provides some high-level insight into the fantasy impact of important offseason moves for each team. Using this insight, we can help managers stay ahead of the curve in dynasty leagues and uncover vacant roles where teams may rely on newcomers and/or rookies to make an impact.

Interior linemen like Brandon Scherff do not normally make the cut for this series, but this is a notable loss for the Commanders running game.

Antonio Gibson finished as the RB17 on a per-game basis, in 2021. Despite battling a turf-toe injury for much of the season, he averaged 15.1 wOpp per game and finished top-10 in raw opportunities per game. Gibson finished the season ranked 6th in red-zone carries, despite missing a game, so regardless of the offensive line play, his role provides loads of fantasy value. Gibson should improve on last year’s finish in 2022, though his ceiling may be limited given the o-line downgrade for the Commanders.

J.D. McKissic had a strong year in 2021, averaging 10.1 wOpp per game as the passing-down back in this offense. Gibson’s lingering health undoubtedly boosted McKissic’s workload last season, but he still provides some value, given the passing-game role.

Washington operated a run-heavy offense in 2021 (8th in run %) that supports at most, two pass-catchers. Terry McLaurin was Washington’s most-targeted player in 2021, averaging 7.6 targets per game and 12.3 wOpp per game, thanks to his 17.3% red-zone target share. McLaurin has the volume to be a true fantasy WR1, he just needs Carson Wentz to be a more efficient passer than Taylor Heinicke was last season.

The loss of Adam Humphries is interesting for deeper leagues, as Washington paid Curtis Samuel, who takes over that role, a lot of money last offseason in free agency. Humphries averaged 5.8 wOpp per game last season, with a 12% target share. Samuel is a more dynamic player than Humphries, and in this role, he is worth a flier in 12+ team leagues.

Logan Thomas has a chance to be a top-10 tight end for the Commanders in 2022, for several reasons:

He is a high-upside player with a very wide range of outcomes, so managers should have a contingency plan when drafting Thomas as their starting tight end. Given the state of the position, he is a mid-range TE1 when healthy.

As much of a punchline as Wentz has become, he should provide an upgrade to the Commanders offense in 2022. He is not on the fantasy radar – except in 2QB, and Superflex leagues – but could be a decent week-to-week streamer, given the poor defenses in the NFC East.

Brian Daboll – shoutout to our Canadian readers – was hired to coach the New York Giants this offseason and brings with him some optimism on offense. It is difficult to properly evaluate his impact on an offense because he has had varying degrees of success calling plays in the NFL.

Buffalo was a top-ranked offense, but how much of that was because of their talent, and how much was talent combined with Daboll’s game plan? His coaching numbers were terrible before his second season in Buffalo, so with a decidedly worse roster in New York, there is no guarantee he will have success.

Running backs generally see the largest bounce-back in their second year playing, post-ACL surgery. Fantasy managers will have to hope for that with Saquon Barkley because last season’s opportunity numbers cast a very dim light on his 2022 fantasy outlook:

The offensive line is still terrible, so the efficiency will continue to suffer, but during his first two seasons, that didn’t matter. HC Brian Daboll was hired to maximize the talent of Saquon Barkley, and he will have success if he can find ways to get Saquon the ball with space. Barkley could provide tremendous value to a manager that is willing to take a risk on him in the 4th-round, but health will play a huge factor. Matt Breida is the preferred handcuff in New York.

Brain Daboll got Peyton Hillis a Madden cover. Now he gets to work with Saquon Barkley. #FantasyFootball pic.twitter.com/xa0YPyEPmN

Sterling Shepard led all Giants receivers with 12.8 wOpp per game last season but suffered a torn Achilles in Week 15. He did most of his work from the slot, so the most likely replacement for that role will be second-year WR, Kadarius Toney.

Kenny Golladay was not a difference-maker in 2021 but did see the highest red-zone target share (18.2%) on the team. The loss of Daniel Jones twelve weeks into the season likely hurt Golladay more than any other player, so he should see some positive regression, in 2022.

Both receivers, at the time of this writing, are available in the 11th-round, which is tremendous value for a potential team-leading receiver.

Ricky Seals-Jones is an interesting flier in 2022, as the Giants brought in only RSJ to fill the hole left behind by Evan Engram (7.8 wOpp) and Kyle Rudolph (4.2 wOpp). Brian Daboll used Dawson Knox a lot in Buffalo, and may potentially carve out a role for a tight end in this offense.  He is currently going undrafted, so perhaps the wait-and-see approach is best for RSJ in standard leagues.

Check back tomorrow for some AFC South action, as we cover the improved Tennessee Titans roster and the Jacksonville Jaguars’ offseason spending spree.