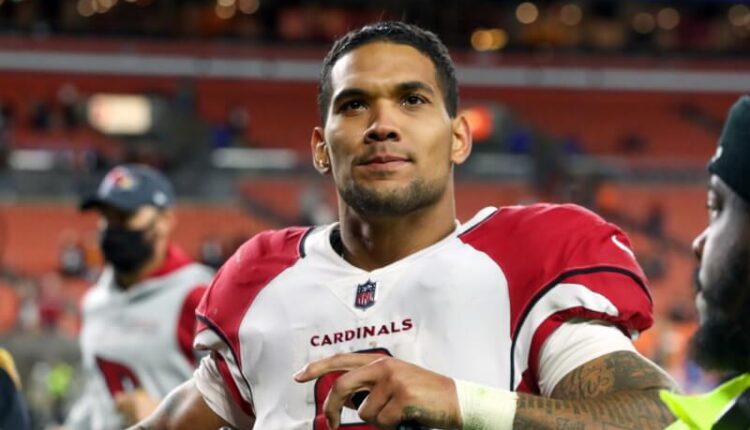 Christian Kirk (6.1 targets/game) joined the Jacksonville Jaguars this offseason, signing one of the most lucrative wide receiver contracts in NFL history. AJ Green (5.8 tgt/g) also remains unsigned, leaving two starting positions open for the Arizona pass-catching group. These vacant targets will be a great source of fantasy value in Arizona.

Rondale Moore will be a popular sleeper during draft season, and for good reason – he is one of the fastest players in the NFL. In addition to his 2021 role of 8.7 wOpp per game (64 tgt, 18 carries, 5 red zone carries), he is a great bet to absorb several of the 12 available WR/TE targets per game, in this offense.

Behind Moore and DeAndre Hopkins, the Cardinals’ WR corps is relatively uninspiring for fantasy purposes, making them a candidate to spend a draft pick to add some talent. Antoine Wesley is a big body with a good red zone skill set, but for now, Hopkins and Moore are the receivers to roster in Arizona.

Zach Ertz is the other heavily-targeted pass-catcher in Arizona. After being acquired from the Eagles midseason, the veteran tight-end signed a 3-year contract extension this offseason. Ertz had a 18.5% red zone target share, slightly behind the aforementioned AJ Green (21%) in Arizona.

Chase Edmonds (13.1 wOpp/g) also left to play in Florida, signing a 2-year contract with Miami. Looking at the RB-splits in Arizona, there was nearly a 50-50 split between Edmonds and James Conner (12.6 wOpp/g).

James Conner played 86% of RB snaps after Edmonds went down in Week 9. Most of his fantasy value comes from his red zone work – 42% RZ carry-share in 2021, a number that will surely rise this season. He is an elite fantasy option that could go under-drafted in 2022. Kyler Murray (23.5% RZCar) likes to run, especially near the goal-line, but the remaining 20% of available RB red zone opportunities are Conner’s for the taking. It is worth noting that the Cardinals hosted Darrell Williams for a free-agency visit recently.

With Edmonds gone, another name to keep an eye on is Eno Benjamin. The talented rookie saw limited action last season but has the skillset to step into a 3rd-down/passing-situation role for this offense. He is worth a look in dynasty leagues.

The 2022-version of the 49ers offence looks very similar to last season’s edition, with the exception of an impending quarterback change. No deal has been made for Jimmy Garoppolo yet, but last-year’s 3rd-overall pick, Trey Lance, is expected to be named the starter for the Niners this season.

Lance offers an athletic skillset, and will take away some carries from this running back group. The threat of his athleticism should keep opposing defenses honest, securing fantasy value via increased efficiency for these RBs. This is difficult to project, as the only data for Lance in San Francisco is from specific formations designed to get him the ball in the red-zone. We will know more after preseason and training camp reports surface.

The passing offence revolves around George Kittle (6.7 tgt/g) and Deebo Samuel (14.6 wOpp/g), with some Brandon Aiyuk (4.9 tgt/g) sprinkled in. The Niners lost two role-playing receivers (Sanu, Sherfield), but brought in Ray-Ray McCloud from the Steelers to fill the void. McCloud is a speedster, and is the likely candidate to claim any available WR targets in San Francisco. Deebo and Aiyuk are the two receivers on the fantasy-radar at this point in the offseason.

The running back group has been somewhat of a revolving door in recent seasons, which has produced tons of fantasy value in-season. Raheem Mostert had been the de-facto starter during his time in the Bay area, but struggled with injuries and is headed to Miami. The best way to look at the Niners’ RBs is this: whichever player is atop the depth chart will provide the most fantasy value.

The starting job belongs to Elijah Mitchell after a solid rookie campaign where he earned 13.3 wOpp per game. His per-game carry total finished at 18.8, but 83% of those carries came outside of the red zone –  far inferior to red zone carries. Mitchell is set to dominate the backfield touches in San Fran in 2022, but be careful not to reach to get him. Injuries and Deebo Samuel are the two things that could disrupt his fantasy value.

Check back tomorrow for a look at two AFC North teams that made some big splashes this offseason.