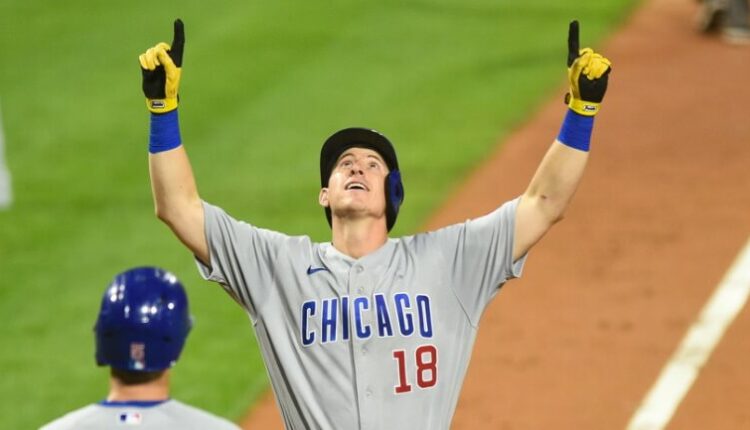 Identifying players in later rounds that provide a positive return on investment will be huge for your team. Drafts are not won in the early rounds but rather hitting on middle and late-round picks. If you can find value at every pick, you should be set up well to win your league. Today, we will look at several first basemen going late in drafts that can provide a solid return on investments, and most aren’t talking about. Aka, we are looking at some first-base sleepers.

First Base Fantasy Baseball Sleepers For 2022

Of the three names discussed in this article, Schwindel is easily the most discussed. The 29-year-old journeyman finally got his chance to shine late in the season last year after being traded to the Cubs. Schwindel spent 2013 through 2019 in the Kansas City Royals system before getting a chance at the Major League level, only getting 15 plate appearances. Between the 2019 and 2021 seasons, Schwindel spent time with Kansas City, Detroit, Oakland, and Chicago’s Minor League systems. He finally got his chance toward the end of the 2021 season and showed out.

Frank “the Tank” proceeded to post a slash of .326/.371/.591 slash over 259 plate appearances. He also hit 14 home runs over that span. I don’t think anyone expects him to repeat a .326 batting average next season. The bigger question is, how much of his production, in general, is repeatable.

What stands out to me right off the bat is Schwindel’s strong zone-contact rate. He posted a 91.3 percent contact rate on balls in the zone and an overall contact rate of 78 percent. Schwindel does chase at a high rate, swinging at 38.7 percent of pitches outside the zone. But he makes up for it with the zone contact.

Schwindel has a ton of pull side power, and most of his hits were to the pull side despite only having a 39.3 percent pull rate. Schwindel has a solid max exit velocity of 112.5 mph. His 90th percentile exit velocity of 105.5 mph is a little lower but still solid. Schwindel has hit for power consistently through the Minor Leagues, so it is not a huge surprise to see him hit for power in the bigs. Twenty-five home runs next season is certainly in the cards.

One of the best aspects of drafting Schwindel is that you can trust he will play every day. No one on the Cubs roster will take his spot, plus he is slated to hit second in the order. Projections seem to be all over the place on Schwindel, which makes sense given his 274 career MLB plate appearances. Regardless, he feels like a safe bet to hit 20 or more home runs with a solid average. This makes Frank Schwindel a nice sleeper pick at first base.

Alright, if you thought Frank Schwindel was a sleeper, these next two names are legitimate Fantasy Baseball sleepers that no one is talking about. The first is Yoshi Tsutsugo. Tsutsugo was a highly touted player coming over from Japan in 2020. He posted multiple seasons in Japan with 30 or more home runs, topping out at 45 in 2016. Tsutsugo also displayed a good feel to hit for average. His first season in the MLB was with the platoon happy Rays. Tsutsugo only saw 185 plate appearances and never got the chance to get in a rhythm.

Last season, Tsutsugo spent time with three organizations. The Rays traded him to the Dodgers, where he never got a chance and spent most of his time in triple-A. He was then DFA’d before the Pirates scooped him up in August. The move to Pittsburgh changed everything as Tsutsugo got to see every day playing time.

From August 16 through the end of the season, Tsutsugo slashed .268/.347/.535 with eight home runs. He was hitting out of the second spot in the lineup nearly every day by September. His strikeout rate was down, his contact rates were up, and he was chasing less than ever. Yoshi Tsutsugo looked like a completely different hitter with the Pirates.

Tsutsugo posted a 10.5 percent barrel rate and a hard-hit rate over 35 percent from a power standpoint. The power is there for 20 or more home runs, especially with regular playing time.

Tsutsugo is projected to hit second in the Pirates lineup and should play every day. Projections are relatively conservative on his playing time but do not let that scare you away. Tsutsugo is an excellent target among Fantasy Baseball sleepers.

I have long loved Christian Walker since his days at the University of South Carolina, where he helped win two National Championships. His elite days in college did not translate well to professional baseball, and he was a Minor League journeyman until his 2019 breakout season with the Diamondbacks. That season, Walker his 29 home runs and stole eight bases while posting a .259/.348/.476 slash.

Walker missed time early in the season due to an oblique injury. This injury sent him to the injured list twice and nagged him all season. Oblique injuries tend to zap power, likely the case with Walker. He was quoted saying: “I believe my struggles are tied to not being able to drive the ball in the air often enough. I know it sounds like an excuse, but the issue has something to do with the nagging oblique injury.”

This all makes sense when you consider how Walker ended the season. Over his final two months and 187 plate appearances, Walker hit six of his ten home runs and slashed .265/.348/.434. His last month was even better as he pulled his batting average up to .275. This certainly helps back the point that he was dealing with the oblique injury most of the season. 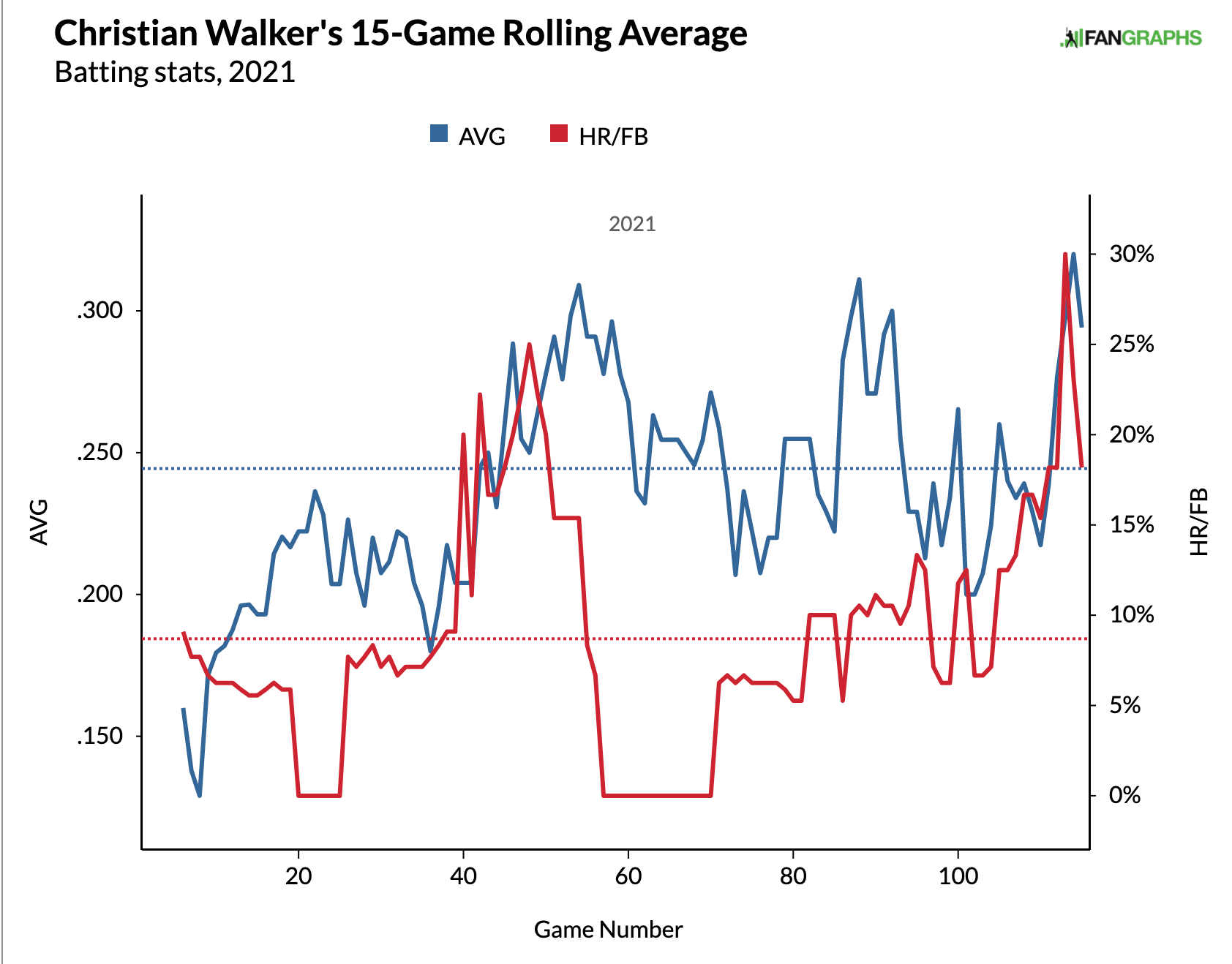 As things stand, Walker will get everyday at-bats at first base. Seth Beer is the only threat to his job, but with the likely addition of the National League designated hitter, both players can receive everyday at-bats. Walker will not be a stud, but he is flying under the radar and is more than capable of hitting .260 with 20 or more home runs. Christian Walker is a true fantasy baseball sleeper at first base.