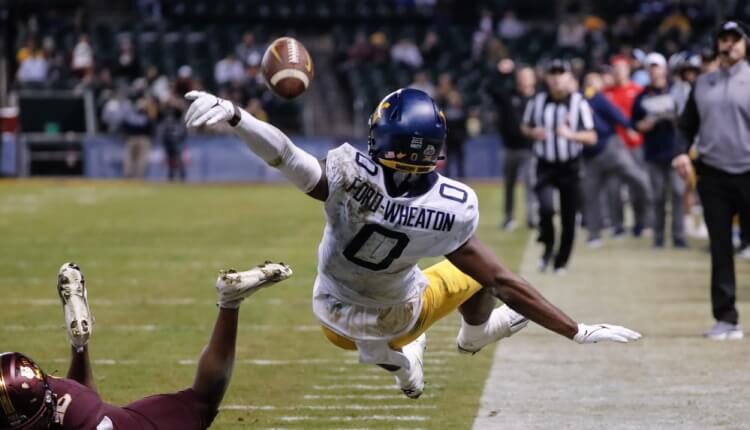 What is a sleeper? To me, a sleeper is someone who is forecasted lower in the position rankings but can provide tremendous value relative to ADP. It is time to uncover some sleepers for you to keep an eye on come draft day. Uncovering these hidden gems might be the difference in making the playoffs in your league. Each position has a handful of candidates that can be game changers for your team amid breakout seasons. In this series, I will be taking an in-depth look at two potential sleepers per position.

Let’s uncover two potential wide receiver sleepers that you should keep an eye on. One is looking to make his presence felt from the get-go for his new team, while one is ready to break out thanks to a new QB and poor defenses in his conference.

(knee injury really limited him in 2021)

2021 was an underwhelming year for Robinson, making him a really valuable sleeper to keep your eye on. He recorded 322 yards on 18 receptions and tallied two scores in just six games thanks to a knee injury that forced him to miss five games. However, this deep-ball threat posted strong numbers in a COVID shortened (10 games) 2020 season, recording 979 yards, six touchdowns, on 55 receptions. Six of the 10 games UCF played saw Robinson record over 100 yards, this deep-ball threat averaged 17.8 yards per reception.

Transferring in from UCF, Robinson will now partner with quarterback Jaxson Dart and offensive guru coach Lane Kiffin. Starting in the slot, Robinson should see a consistent haul games in and out. With only Texas A&M and Alabama showcasing strong secondaries, I expect the Rebels’ passing game to be one of the most lethal in the nation this season. 1,100 yards and eight touchdowns is a reasonable prediction for Robinson, but he has all the tools necessary to be this year’s Wan’Dale Robinson and eclipse 1,300 yards. With a full and, hopefully, healthy season ahead of Jaylon Robinson, he is primed for a big showing this season, making him a big sleeper.

Ranking 42nd in the Fantrax Rankings, Robinson is forecasting to be WR No. 4 or 5, which provides tremendous value if you can get your hands on this sleeper. Robinson is a top 20 receiver, and if Jaxson Dart can also sure up his play, expect Robinson to post big numbers every week. This sleeper will end the season in someones starting line, make it yours.

Bryce Ford-Wheaton’s talent was shadowed by the poor quarterback play in Morgantown. Jarret Doege was very inconsistent, making it hard for Ford-Wheaton to post steady production. However, this sleeper broke out in two of the biggest games for the Mountaineers. He posted 106 yards and two touchdowns on six catches vs #22 Iowa St. and 93 yards on eight catches at #4 Oklahoma. Ford-Wheaton saw more than half of his targets in four of the 11 games and was basically non-existent in the other seven, averaging just 2.43 receptions per game.

With JT Daniels coming to town from Georgia, and 2021 leading receiver, Winston Wright Jr, departing for Tallahassee, Ford-Wheaton is looking to have a breakout campaign. The Big 12 plays very little defense and this sleeper should have plenty of opportunities each week to post big numbers. The Mountaineers run an Air Raid scheme, and JT Daniels fits the bill to thrive in such a scheme, adding value to all of his receivers. 575 yards and three scores will be a midterm mark for Ford-Wheaton, and I think he will flirt with that 1,000-yard mark and eclipse eight touchdowns. As the possible WR No. 1 for West Virginia and with a much better pitcher, this sleeper will grab national attention early on so do not miss out on him.

Ranking 61st, Ford-Wheaton provides a low risk, but very high-reward value. Most of your league mates will pay no attention to any Mountaineer, so Ford-Wheaton should fall right into your lap in the later rounds. He has WR No. 3 ceiling, but he will provide a lot of value as a bye week placement or covering for an injury. This sleeper will have a breakout season, make sure you grab him on draft day before your rivals grab him on the wire.

Robinson is an impact receiver that will crack the top 10 a few times this season, while Ford-Wheaton comes with great value in the later rounds. A few others who could be considered sleepers are, Joseph Ngata (NR), De’Zhaun Stribling (27th), and Donavon Greene (98th). Wide receivers to avoid include, Kris Thorton (31st) and Luther Burden (40th).