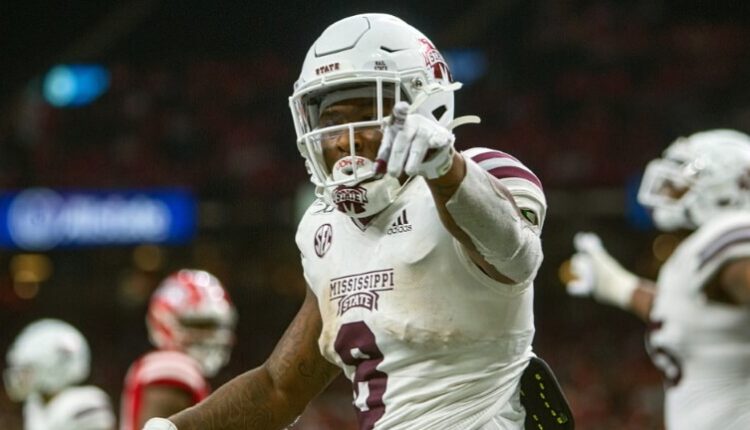 With no NFL Combine this offseason, the 2021 NFL Draft is sure to be full of surprises, perhaps even more so than usual. While landing spot will of course impact these superflex rookie rankings, talent generally overcomes situation in the long term, so pre-draft rankings still hold purpose. Here are my third-round rookies pre-NFL Draft in a superflex and PPR format (you can find Round 1 here and Round 2 here).

If there’s a running back in this class outside of the top three who has three-down potential, it’s Kylin Hill. He’s a tough, one-cut runner who has enough burst to gain chunk yardage, though he doesn’t have the speed to produce long runs. Hill wasn’t used much as a receiver in his breakout junior season, but he showed great hands, even catching the ball in traffic, and he logged 23 receptions in just three games as a senior. If the right opportunity comes along, Hill has the size and skills to be a solid but unspectacular workhorse in the NFL.

There’s been a lot of chatter about Javonte Williams, but Michael Carter, his teammate at North Carolina, is a talented running back in his own right. As a runner, Carter displays good vision and burst, and as a receiver, he has decent hands and is elusive after the catch. Carter does everything well, but a leaner build likely relegates him to a timeshare in a committee backfield, not all that different from the role he played in college.

Kellen Mond has a big arm and great deep ball, and while he’s far from a dynamic athlete, he is mobile enough to add some value as a runner. However, he was inconsistent throughout his college career at Texas A&M, doesn’t have great pocket awareness, and has no experience playing from under center. On the right team, Mond has the raw physical tools to be a decent backup option and perhaps eventually develop into something more, which is enough to make him worth a look in the third round of these superflex rookie rankings.

After a number of wide receivers more suited for slot roles in the second round, Seth Williams offers the prototypical size for an NFL team looking for another outside receiver. He won’t gain separation from his route-running, but Williams can be dangerous downfield and in the red zone with his dominance on contested catches and back-shoulder throws. He could have a high fantasy ceiling in the right offense.

Like Williams, Nico Collins can be a big-bodied playmaker and downfield threat, but he only showed a few glimpses in college. That said, it’s hard to judge Collins given how little the Michigan offense utilized its wide receivers, but he’ll need to develop his route-running, and he wasn’t able to win as many jump balls as expected considering his size. Collins is worth taking a shot on in the third round of these superflex rookie rankings as an upside play, as few prospects in this range have safe floors.

An elusive runner with good vision and capable in pass protection, there’s a role for Jermar Jefferson as a great complementary back. However, he hasn’t shown much as a receiver, and he doesn’t have the speed to break big plays at the NFL level. Jefferson is another running back who’s likely a better real-life contributor than a fantasy contributor, but he could be productive if he sees enough touches in the event that a back ahead of him on the depth chart were to miss time.

Rhamondre Stevenson is a patient but powerful runner who can bounce off defenders for extra yards, and while he wasn’t used extensively as a receiver, he’s shown himself to be a competent enough pass-catcher. Stevenson is probably best suited as a committee back, as with most in this class, but in an efficient offense, he could have weekly touchdown upside if he fills the goal-line role on a team currently lacking size in their backfield.

Amon-Ra St. Brown does everything well, as he’s able to track the ball on downfield passes and has excellent hands and good body control to win on contested catches. However, it’s questionable whether his prowess will translate to the pro level, as St. Brown isn’t particularly gifted as an athlete. He can make an immediate impact for a team as an outlet receiver, but it’s uncertain how productive St. Brown will be each week for fantasy purposes, which is why he drops to the third round of these superflex rookie rankings.

On many plays, Tylan Wallace looks more like a running back after the catch than a wide receiver with his ability to play through contact and create extra yards with the ball in his hands. He’s terrific at making downfield receptions and jump balls as well, but Wallace’s average athleticism and limited route tree cap his fantasy ceiling. Wallace can be a worthy addition to an NFL team’s receiving corps, but consistent weekly fantasy production is questionable.

Jaret Patterson is a hard runner between the tackles who hits holes decisively and can power through contact to create extra yards. While the level of competition is a concern at Buffalo, there’s something to be said about a running back who rushed for over 1,000 yards and double-digit touchdowns in each of his three college seasons, including an astounding 19 touchdowns in just six games in 2020. He can be a solid change-of-pace back and maybe more, which is why Patterson is the final running back in my superflex rookie rankings.

Another exciting deep threat in this class who can win contested catches, Tamorrion Terry has intriguing upside. However, Terry’s route-running needs work, he has some drop issues, and his frame is relatively thin considering his height. The potential is there given his physical talents, but Terry is a developmental prospect who still has a long way to go before he can become a starting wide receiver in the NFL.

Closing out these superflex rookie rankings is D’Wayne Eskridge, a raw prospect who is dynamic after the catch and can high-point the ball even in traffic. The late breakout is a concern, but Eskridge played cornerback part-time at Western Michigan before finally transitioning to wide receiver full-time in his fifth and final season. Eskridge is a work-in-progress and may be limited to a special teams role at first, but his speed gives him tantalizing upside if he can grow as a true wide receiver.