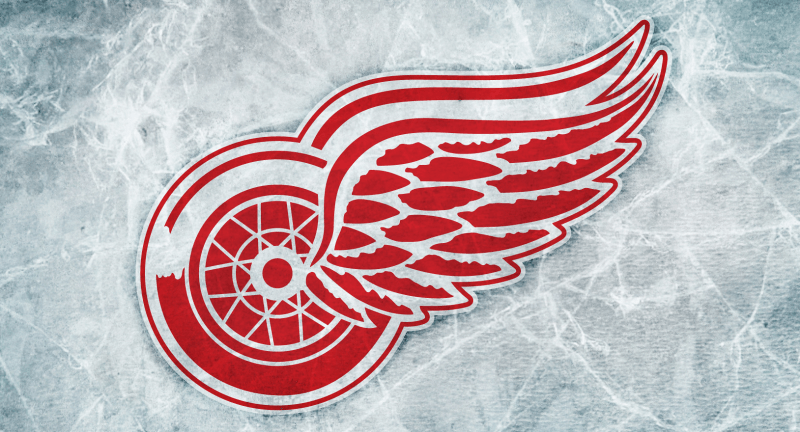 The 2021 NHL regular season has finally concluded. Although it had no shortage of entertainment, we’re already turning our heads to the draft. There’s no better way to indulge in deep fantasy dynasty content than soaking in the first column of our series: The NHL 2021 Mock Draft simulator. Every week leading up to the draft we will cover one NHL team’s potential draft-day choices. Not only will our content be chock-full of free predictive data (from our platform), but it will also give an inside edge for draft day! Sit back, relax, and prepare to add a new bookmark every week for your fantasy hockey folder.

First up – The Detroit Red Wings. We’ve already published a story about our April Mock Draft here, but today we’ll pretend to be Steve Yzerman. Using FC Hockey’s Mock Draft Simulator, we took our best stab at emulating what we think Stevey Y would do at this year’s draft. Let’s check it out!

The 2021 NHL Mock Draft for the Detroit Red Wings 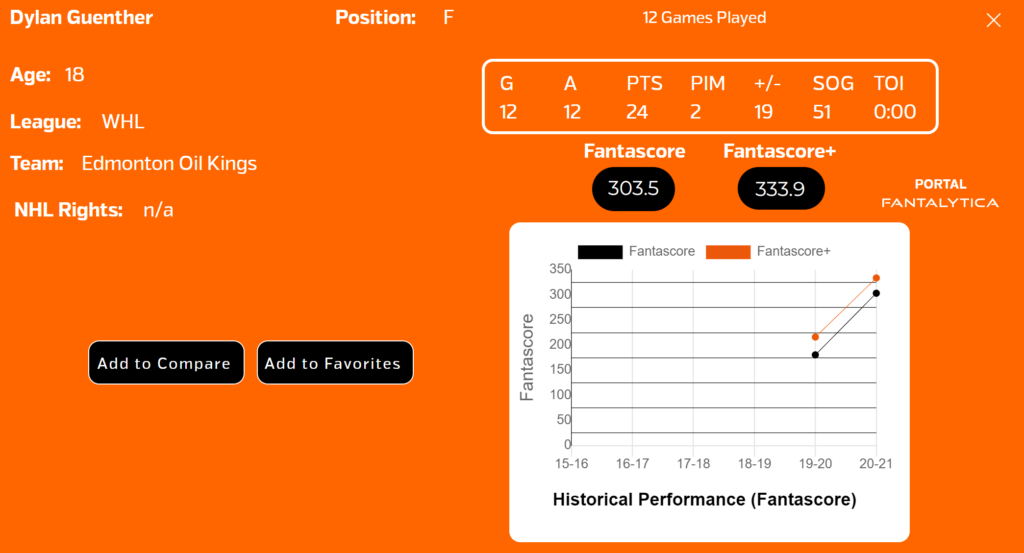 Dylan Guenther was, according to FC Hockey, a reach. While the simulator chose to make Guenther available, we found it as an opportunity to snatch up the best goal scorer in the NHL Draft. There’s no question about it, we believe he can put up 35 goals a season at some point in his career.

We’re excited about what he could do for the Detroit Red Wings, a team that has been starved of true goal-scoring prowess. Luckily Jakub Vrana has intrigued fans with his hot streak since arriving – Guenther running the wing on a Powerplay would be fantastic. Guenther should be a top 5 choice in every fantasy entry draft. Trust us. 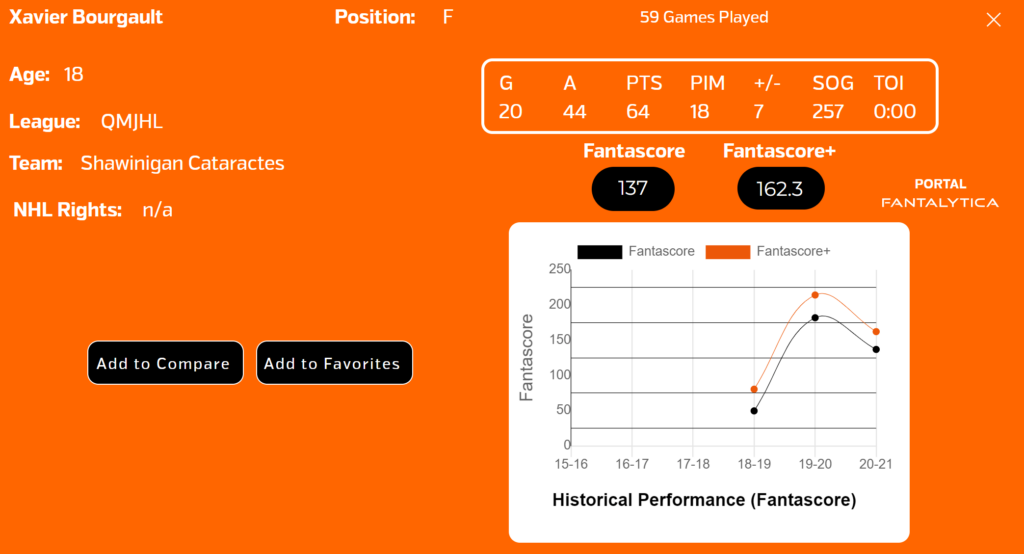 Xavier Bourgault was chosen here solely because he would not have made it past 29. Most media outlets have Bourgault going in the late 20s of the Draft, so we felt it was the safer pick. If a higher-risk pick fails behind us, the last thing we want is to have a wasted 1st round draft pick on our hands.

For fantasy participants looking to make a super safe, projectible pick in the late 2nd, Bourgault could easily fit that glove. A serviceable (and projectable) 3rd line center in the NHL, Bourgault is a great player to bring in as a young supporter of the elite talent currently sitting on the Red Wing depth chart. Think of Bourgault if you don’t know who to pick here. 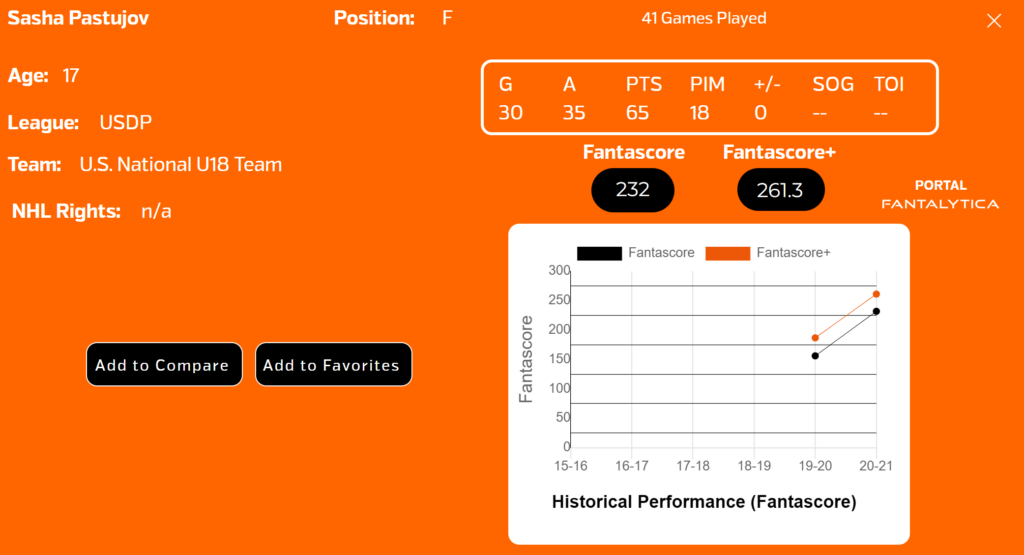 Sasha Pastujov completely fell in this simulator. With his statistical profile, you can’t miss him at 37. With some fine-tuning on his stride, a professional regiment (and diet) under his belt, Pastujov should be a great NHL player.

Most players with his projection, historically, have been borderline elite performers. At least, that’s what our historical projections claim. If you trust us, which you should, Pastujov is a top pick on day 2 of the draft. 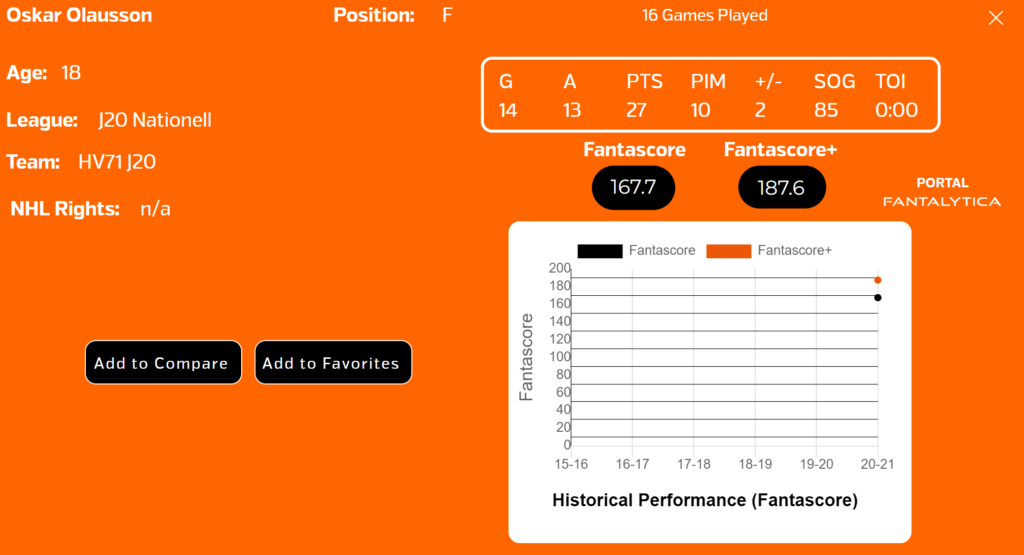 One of the more recent favorites we’ve had the pleasure of tracking and watching, Oskar Olausson is a raw forward capable of becoming a 1st line winger. He oozes coordination, agility, speed, size, and awareness – elements of a star in the making. We watch him and can’t help but think of Sebastian Aho. Aho was also taken in the 2nd round, and with limited ice time during his draft year, fell. Olausson makes a reasonable case to follow a generally similar path. Why not swing for the fences at 48? Swing with us, okay? 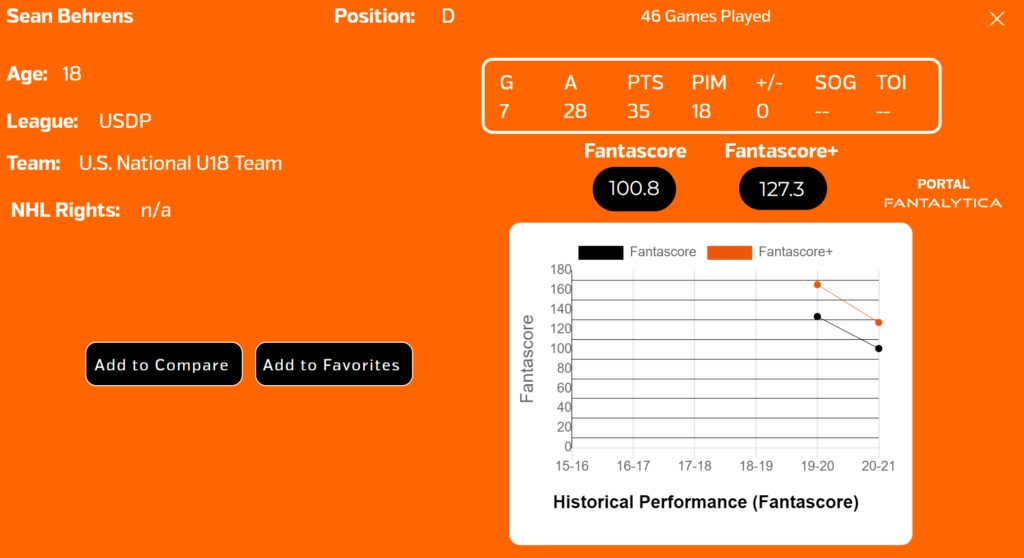 The final pick in the 2nd round for the Detroit Red Wings, Sean Behrens falls into our lap at 53. Teams have not figured out the size dilemma. Players fall every year for being short, conversely allowing teams like the Chicago Blackhawks to scoop them up, making them appear as bandits. We feel vile and lucky to find Behrens here, and if you find Behrens wandering aimlessly at 53 you should bring him home. If this happens in real life, or in fantasy, we’re screaming with joy.

Did you like this article? Check out more from us: https://www.fantraxhq.com/author/fantalytica/

Looking to dig even deeper into some under-the-radar NHL prospects? Fantalytica highlights Prospects You Don’t Know But Need To.