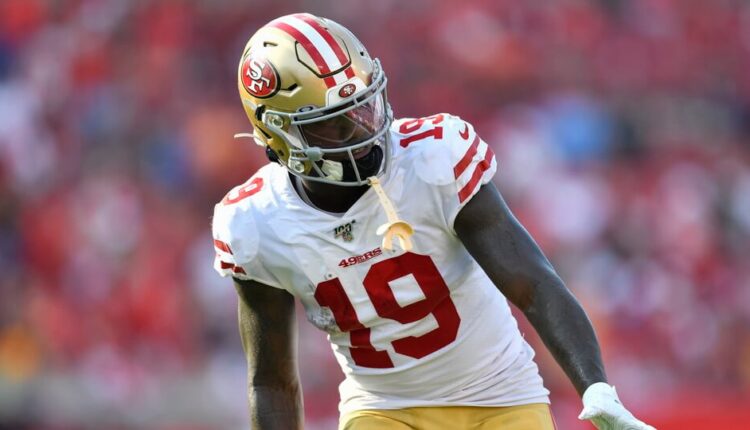 Congratulations on making it past the Week 7 bye week hell. Week 8 will be smooth sailing, and my wide receiver rankings will help you with all your matchup questions. Cooper Kupp is back at the number one slot this week. Right behind him is Ja’Marr Chase. Yes, I have Chase as number two this week.

Chase has been the most consistent wide receiver in fantasy this season, aside from Kupp and Devante Adams. Side note, Adams is in COVID-19 protocol and does not look to be ready for Thursday.

Chase might be the biggest surprise at WR2 this week. But, if you look at his games he has been the most consistent fantasy wide receiver this season. He has a touchdown or more in every game this season except for two. But, even at that point, he has not scored under 10 fantasy points this year. This week the Bengals are playing the Jets. Chase is sure to have another big game this week as he is Joe Burrow’s favorite target.

Deebo Samuel breaks the top 10 for another week. The third-year wide receiver is having a huge year with George Kittle injured and Brandon Aiyuk not performing. I ranked Samuel one spot above DeAndre Hopkins because Samuel does not have the competition Hopkins does. Expect Samuel to have a huge day against the Bears this week. The Bears are the fourth-worst fantasy defense against wide receivers this year.

Lastly, CeeDee Lamb just breaks the top 10 as wide receiver number 10 this week. Before the Cowboys’ bye week, Lamb finally broke out with his first huge performance on the season. This week the Cowboys have the Vikings who do have a solid defense. But, I see Amari Cooper having a tough week over Lamb. Lamb has three touchdowns in his last two games. He has out-targeted Cooper in every game this season except for Week 1. It is easy to say that Lamb is the clear WR1 in terms of fantasy on the Cowboys.