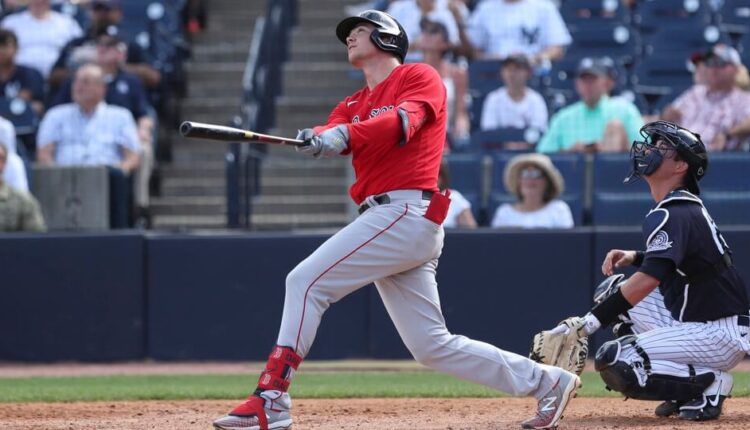 We are nearly a month into the 2021 fantasy baseball season and regardless of your situation, there is likely reason for you to continue to improve your decision-making. We are back with the Hitting Planner, a matchup-focused look into the hitters and lineups you can Pick (start and trust given their schedule the upcoming week) or Fade (consider sitting, avoiding on the waiver wire due to a rough upcoming week of matchups). All players mentioned will generally be around the threshold of either ownership or starting/sitting for your fantasy team.

Let’s get started with Week 5 (April 26 — May 2). For each team we evaluate, we will note their opponents in italics, including the number of times they play in the week. Starting this week, we will be permanently moving this series to Saturday mornings, so season stats mentioned (unless otherwise specified) are as of the end of Thursday night games. 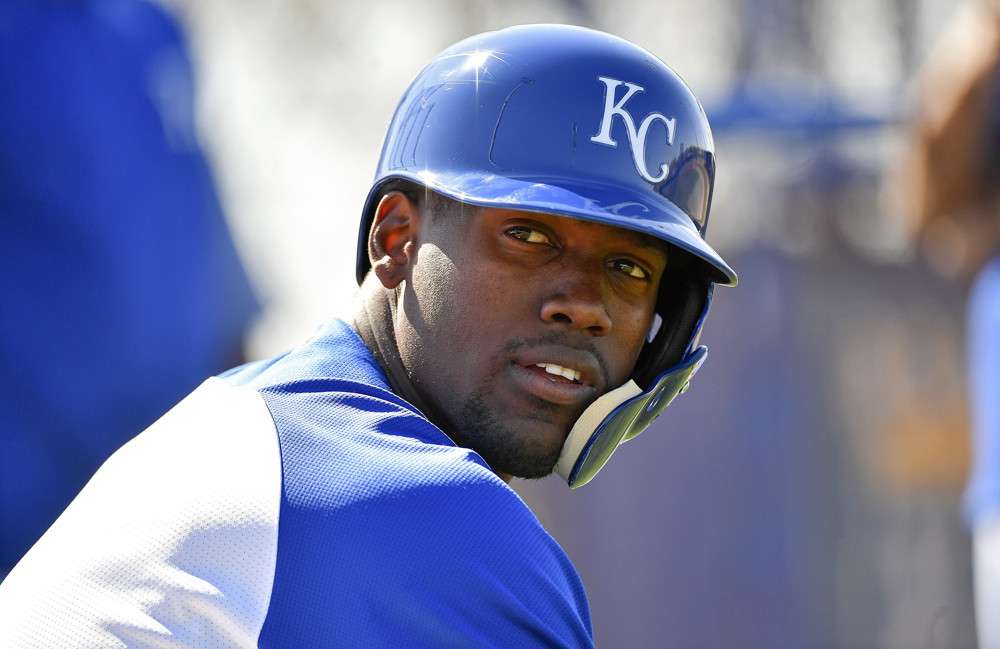 Yes, the Royals have had their electric moments as an offense and they get 7 games this week but their mid-tier bats don’t stand much of a chance for high upside in any format of fantasy baseball against the Indians and White Sox that will likely include matchups against multiple aces, including reigning unanimous AL Cy Young winner Shane Bieber.

As for pitching staffs, the Indians and White Sox both rank in the top 11 in ERA, xFIP, SIERA, and K% in MLB. Start the studs Whit Merrifield, Carlos Santana, and Salvador Perez as usual but be more cautious on the mid-tier performers with low versatility like Jorge Soler and Andrew Benintendi.

In back-to-back weeks, I’m targeting the discouraging peripherals of a rather interesting Marlins offense. The Miami offense as a whole is far from reliable and with star Jazz Chisholm still dealing with an IL stint, this week will be another rough one for owners that need run production from Marlins hitters.

While they do begin the week against the volatile Diamondbacks pitching staff, the 3-game set will take place in Miami and the week ends on a bit of a low note when the Marlins have to put up with the nasty Brewers pitching staff, a fantasy stifler and strikeout cargo train from top to bottom.

Not only do the Reds have a short slate that makes them an unattractive offensive squad for weekly lineup leagues, but it also turns out that their matchups do them no additional favors. Just like the Royals, they have to face the White Sox and the Indians and no matter how those series shape up, the Reds will face multiple challenges on the opposition’s mound. There isn’t much upside to anybody in the lineup other than their top 2 fantasy producers, Nicholas Castellanos and Jesse Winker. 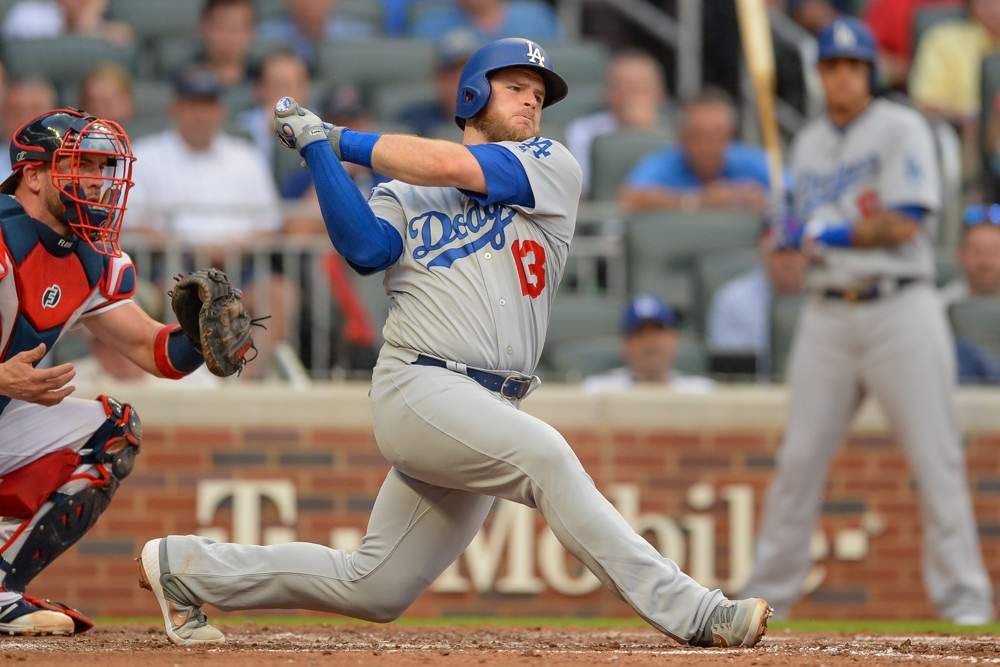 The Boston Red Sox have one of the best records in the league and most of that is due to their explosive offense. What they have lacked in fantasy reliability for their owners due to their versatility, platoon style, and the streakiness of the bottom of their order. That shouldn’t be much of an issue against two of the worst pitching staffs in baseball — Detroit and Baltimore, who rank near the cellar in just about every pitching metric. Despite the recent struggles of Christian Vazquez, grab his value at the catcher position. Despite the discouraging results of Bobby Dalbec, ride his high barrel rate and expect him to produce with power this week. And go back to the main leadoff man Enrique Hernandez; the Red Sox aren’t willing to give up on that role yet.

Speaking of horrible pitching staffs, the idea is pretty simple here as well — Texas, Detroit, and Baltimore are terrible outside of perhaps one member of each staff. For the Rangers, it’s Kyle Gibson that has to carry the load. For the Tigers, it’s Matthew Boyd. For the Orioles, it’s John Means. Every other dude has a chance to get rocked on any given night and the high-power squad in Minnesota is ready to do some damage with a full 7-game slate this week.

Of course, let the MVP candidates Byron Buxton and Nelson Cruz do their thing. But multi-position Luis Arraez, Jorge Polanco, and Willians Astudillo? The May explosions of Max Kepler, Mitch Garver, and Josh Donaldson? Start them all, buy them all this week.

Ah, the triangle. Absolutely beautiful. There isn’t much more insult I can add to the injuries I just served to the Baltimore and Texas pitching staffs so I’ll keep it real — the Mariners can get things back on track with their offense right here and right now and you better not miss out, especially because they could avoid the one dude in Baltimore that’s scary on the mound, John Means.

Keep riding the leaders of the clubhouse, Mitch Haniger and Kyle Seager, but also stay on the hype train of Ty France and Taylor Trammell and never forget about possibly the best hitter on the team — Kyle Lewis.

The Dodgers are far from their peak as their offense has struggled recently with the lineup changes and frustrating at-bats. Aside from a few names, the World Series favorites have been unreliable for their fantasy owners. However, all that could change with these juicy matchups for the upcoming week. While some of the peripherals for the Angels’ pitching staff may be encouraging, their starters are still not going deep into games and they still rank among the league’s worst in ERA. The Cubs — well, they’ve just been bad and an utter disappointment out of the starting rotation and one of the easiest pitching staffs to serve as a punching bag for offenses lately.

Of course, you already know to start the MVP talent of Mookie Betts and the leader of the lineup as of now, Justin Turner. But be sure to not miss out on the possible barrel barrages of Corey Seager, Chris Taylor, Max Muncy, and Will Smith on days that he starts.

While the Braves have one day off this week, their high-powered offense should still be able to take advantage during the days they do play. They begin the week facing a Nationals pitching staff that ranks bottom 10 in ERA, xFIP, and SIERA and to make matters even juicier, they will avoid the ace of the Nationals’ staff, Max Scherzer. Atlanta then finishes the week facing a Phillies pitching staff that also ranks well below average in ERA, xFIP, and SIERA, and has been one of the most unreliable bullpens in baseball. Be sure to start just about every everyday Braves player; not just the MVP-caliber Ronald Acuña Jr. and Freddie Freeman but also the heater bat of Ozzie Albies, the powerful Austin Riley, the ever-so-dangerous Marcell Ozuna, and the all-round production of Dansby Swanson and Travis d’Arnaud.