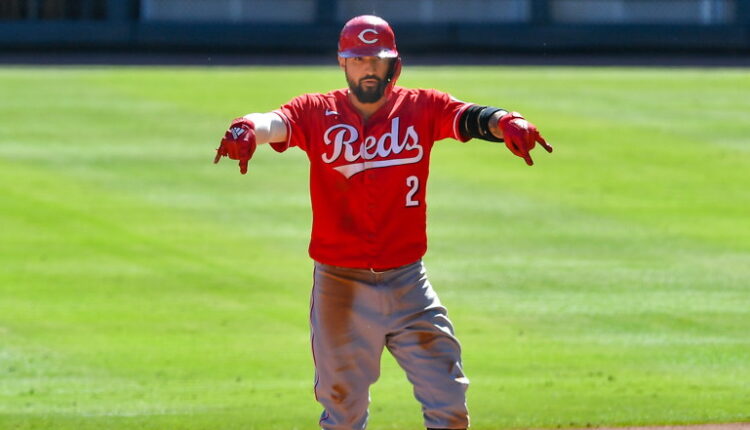 We are just a couple of weeks away from the finish line for fantasy baseball! In 2021 season leagues, we are into the winning moments and a simple lineup adjustment could win or lose you a chance to be crowned champion. It’s time to take notes for MLB hitters again.

As usual, I’ll point out the teams and corresponding players with noticeably poor matchups (the Fades) and noticeably great matchups (the Picks). Let’s get started with Week 24 (Monday, September 20 — Sunday, September 26). For each team we evaluate, we will note their opponents for the week in italics, including the number of times they play. For this week, stats mentioned from the season until now will be up-to-date as of the end of Friday night games. 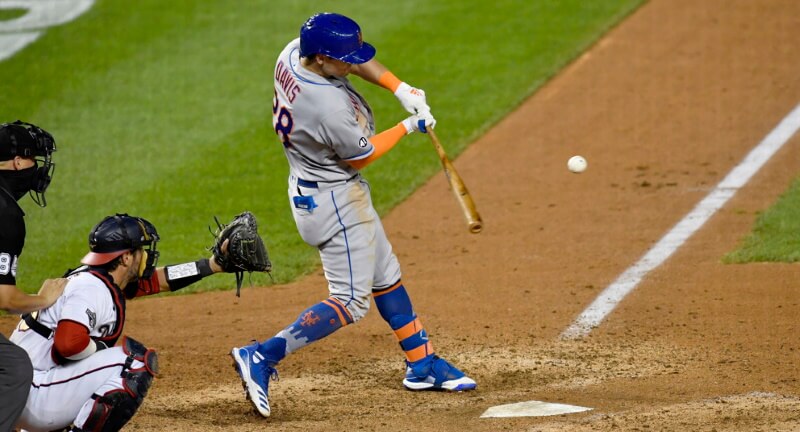 For most teams in the dog days of September baseball, the upcoming week is an everyday grind with seven games and sometimes more due to double-headers. Not the case for the New York Mets, who only have five games on the week, hurting fantasy owners of Mets hitters who need counting statistics in their league’s format.

To make matters worse, there’s hardly an easy matchup when they do play. The Boston pitching staff has had its inconsistencies this season but with COVID-19 and injured list stints ending, they are on the rise. As a pitching staff, the Red Sox rank top eight in MLB in September in ERA, xFIP, SIERA, and K-BB%. Against the Mets, they will start former Cy Young vote-getter Eduardo Rodríguez and perennial Cy Young candidate Chris Sale, both of whom are left-handed. The Mets have slightly skewed splits that see them worse against southpaws than they are against right-handed pitchers.

To close out the week, they face one of the best pitching staffs in baseball in the Milwaukee Brewers and in the last two games of the series, the Mets will have to contend with Freddy Peralta and Brandon Woodruff, two candidates to appear on a majority of Cy Young ballots. Oh, and by the way, Game 1 is against Eric Lauer—another left-handed starter.

While Pete Alonso and Francisco Lindor make up draft capital and stud potential that must be started in most formats, no other Mets are locks to be safe fantasy options for the upcoming week—not even the red-hot, volatile bat of Javier Báez.

The Pirates aren’t exactly the epitome of fantasy relevance. Bryan Reynolds is still around as the centerpiece of their offense and is generally starting in your lineup if you own him. In deep leagues, however, you can often justify streaming Kevin Newman, Jacob Stallings, Ke’Bryan Hayes, Ben Gamel, Colin Moran, Wilmer Difo, or Yoshi Tsutsugo. Not this week.

The Reds continue to be one of the better pitching staffs in the Senior Circuit and the Phillies have been better as of late; even though Philadelphia continues to give up runs, their peripherals have been elite in September. Expect the luck to normalize and allow the Pirates to get bullied and be stifled for any sort of run production for the upcoming week. Except for Reynolds, no other hitter in the lineup should be considered for fantasy starts and in shallow leagues where you need ceiling, even Reynolds can ride the bunch in a do-or-die weekly playoff matchup. 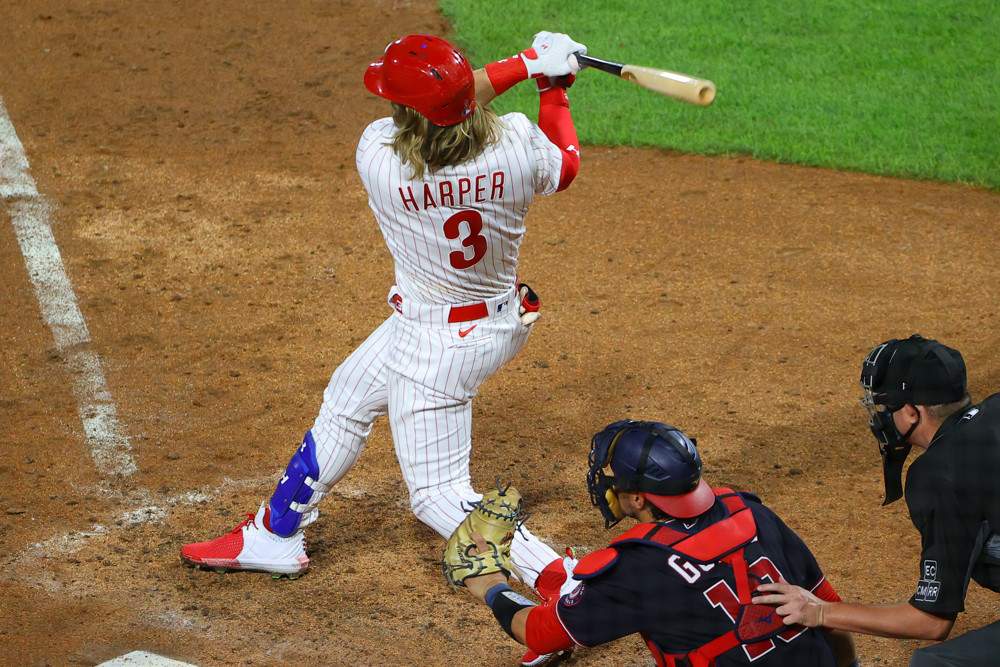 I like to figuratively joke that in baseball, I see or learn something new every single day. On today’s hitting planner, it’s a nine-game slate! Due to double-headers and September winding down, the below-.500 Indians have a little sprint for themselves to reach those 162 games played on the season. What that means for fantasy baseball owners—more opportunities for counting statistics! Are you in weekly formats and simply need hits, run production, steals, etc.? The matchups are only secondary to the fact that even with breaks, the everyday players in Cleveland’s lineup might reach 7 or 8 games played in the span of a calendar week. Get that edge now!

The Cleveland Indians have NINE (9) games next week, all at home. My #FantasyBaseball Hitting Planner is getting interesting. 👀 pic.twitter.com/wrq3JFWyaz

To help soothe you Cleveland hitter owners even further, the first four games on the week will be against the Royals. As a pitching staff, Kansas City ranks in the bottom ten in MLB in xFIP and SIERA in September, making them a vulnerable target to produce offense against.

No question you will start the MVP-caliber José Ramírez but due to the counting statistic potential, make sure you start Franmil Reyes and Myles Straw. In deeper leagues, take a shot on Harold Ramírez. Finally, keep an eye on possible news regarding Amed Rosario, who was placed on the bereavement list on Wednesday.

Speaking of the Phillies heating up lately, the primary focus has been on their offense led by National League MVP candidate Bryce Harper. Obviously, you have to start Harper until the sky falls down—but that entire lineup gets a boost in the upcoming seven-game slate against possibly the single best matchups an offense could draw right now.

The Orioles and Pirates have both been bottom-of-the-barrel pitching staffs all season long and the Phillies get to spend the entire week against them in their home confines of Citizens Bank Park, an absolute lob for fantasy owners of Phillie bats. In September, although the Phillies have hit at a .699 OPS and 86 wRC+ on the road, their performance as a lineup skyrockets to a .811 OPS (#9 in MLB) and 117 wRC+ (#8 in MLB) at home.

Aside from the auto-lineup-lock of Harper, fire up Andrew McCutchen, Jean Segura, J.T. Realmuto, Odubel Herrera, and in deep leagues, take a shot on the streaky Brad Miller and Didi Gregorius.

The logic is similar here with the Cincinnati offense with an electric ceiling—like the Orioles and Pirates, the Nationals post-trade-deadline are a great team to bet runs against. Washington’s 5.60 ERA, 4.67 xFIP, and 4.47 SIERA in September all rank well below the median in MLB. Like the Phillies, the talented Reds hitters will spend the entire week at home. To nobody’s surprise, the Reds also perform better in the batter’s box at their hitter-friendly home ballpark in Cincinnati. In September, the Reds have hit at a .621 OPS and 65 wRC+ on the road but at an eye-popping .826 OPS (#6 in MLB) and 117 wRC+ (#10 in MLB) at home.

Pretty much any everyday hitter on the Reds should be a fantasy start if owned for the upcoming week, as long as they are healthy—that means auto-start Nick Castellanos, Jonathan India, and Joey Votto but also trust in the ceiling of Eugenio Suárez and Kyle Farmer and in deeper leagues, Tyler Stephenson, Tucker Barnhart, Mike Moustakas, and Asdrubal Cabrera.

The San Francisco Giants are a bunch of absolute units. They’re the surprise of the sport in 2021 and have never reached the state of regression most have been waiting for. For fantasy owners of Giants hitters, you know that they rake in most situations. But these matchups? This is league-winning potential.

Injuries have hit the Padres really hard and in September, the Padres pitching staff has posted a 5.60 ERA, 5.00 xFIP, and 4.46 SIERA. Those are horrible numbers that all rank well below median in MLB and they could get even worse against the Giants. On the mound, San Diego has lined up Joe Musgrove and two TBDs. To the Giants hitters? That’s playing with fire.

As for the Rockies, they’ve been one of the weakest rosters in MLB all season long and it starts with their pitching. With their ace Germán Márquez not expected to pitch in the series against San Francisco, facing the Giants hitters? That’s diving right into the fire. And oh by the way, the series will be played in Coors Field, home of the best offensive environment in MLB.

These days, even starting pitcher Kevin Gausman is contributing on offense! Naturally, you just have to fire up as many Giants hitters as you can—Kris Bryant, Brandon Crawford, Mike Yastrzemski, Buster Posey, Brandon Belt, Wilmer Flores, LaMonte Wade Jr., and in deeper leagues, Darin Ruf, Evan Longoria, Steven Duggar, and Tommy La Stella. You just can’t risk watching your fantasy season be squandered because of benching or cutting a ridiculous performance from these dudes.