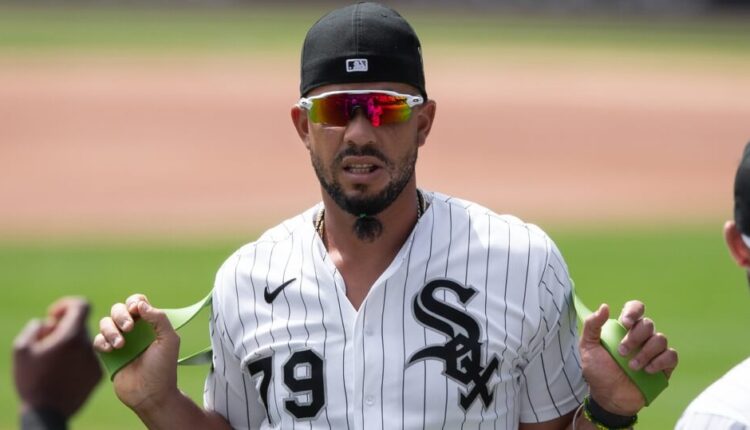 After a hiatus week from the series, we are back helping you get your offense right. Welcome back to the Fantrax Hitting Planner, a matchup-focused look into the hitters and lineups you can Pick (start and trust given their schedule the upcoming week) or Fade (consider sitting, avoiding on the waiver wire due to a rough upcoming week of matchups). All players mentioned will generally be around the threshold of either ownership or starting/sitting for your fantasy team.

Let’s get started with Week 11 (June 14 — June 20). For each team we evaluate, we will note their opponents in italics, including the number of times they play in the week. For this week, stats mentioned from the season until now will be up-to-date as of the end of Friday night games. 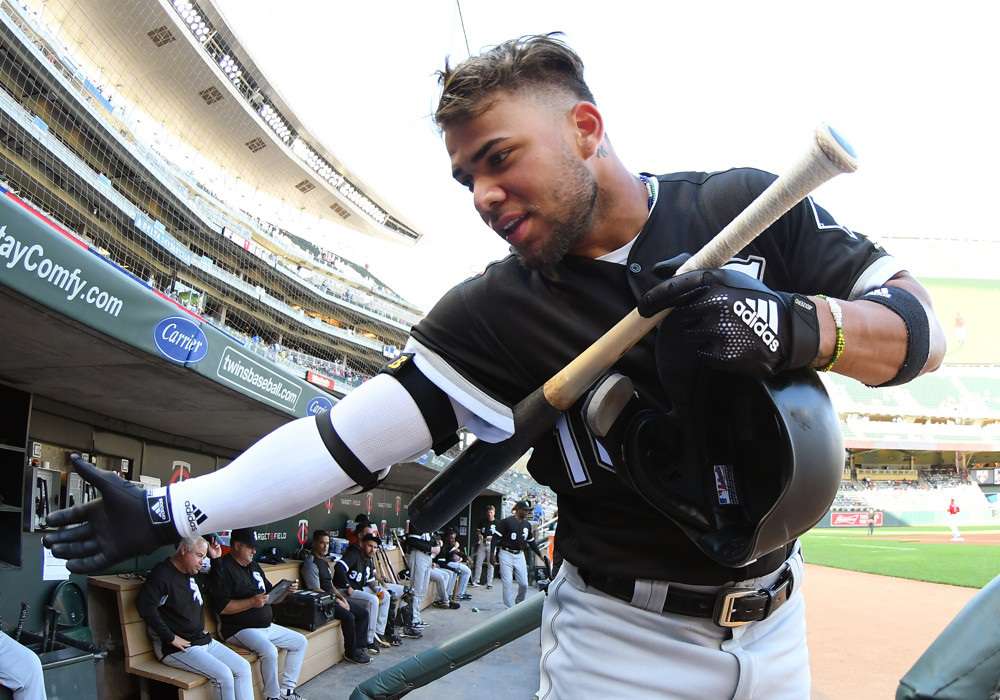 The White Sox offense is electric and a run-producing threat nightly despite the lack of young studs Luis Robert and Eloy Jimenez. Yet, the logic to consider fading their bats is obvious. The Rays and Astros, both known as strong pitching clubs, will tattoo the White Sox’s schedule this week. Furthermore, the Rays will send their ace, Tyler Glasnow, to the mound on Monday and the Astros will send the meat of their rotation, including Jose Urquidy, Luis Garcia, and Framber Valdez who have combined for a 3.13 ERA.

You have to start reigning AL MVP Jose Abreu. You have to start the flaming-hot Yoan Moncada. But be careful with Tim Anderson, Yermin Mercedes, Yasmani Grandal, and company; if you have depth, search elsewhere for better matchups this week.

The Astros have a semi-mild schedule this week with only six games, two of which are against their lackluster foes across the state. But don’t be fooled—the Rangers pitching staff is far from deep but on Tuesday, they will start their 2021 ace Kyle Gibson. On the season, Gibson has a 2.13 ERA and 1.005 WHIP and in two starts against the Astros, he has a 2.08 ERA with an opponent .191 slugging percentage.

After this sneaky-tough 2-gamer against the Rangers, the Astros then face a big-time challenge when they have to face the White Sox. As a pitching staff, the White Sox rank top 5 in ERA, xFIP, SIERA, and strikeout rate. Every member of the Astros’ dangerous lineup should be evaluated. If you have a high-flier name with big draft capital, start him if you don’t have a choice. But if you can lay off the inconsistent Myles Straw or the finally-healthy Yordan Alvarez, look for cheaper options instead.

The Rockies aren’t good but with their superstar talent Trevor Story back in the lineup, their offense poses upside. With the breakout of Ryan McMahon, the high ceiling of Raimel Tapia, the veteran ability of Charlie Blackmon, and the versatility of Garrett Hampson, there are several fantasy-relevant names on this roster. In deeper leagues, you might even be playing Joshua Fuentes or C.J. Cron and if you’re really desperate for a tricky position, the catcher Dom Nunez.

Not a single one of those names should be daily locks in your lineup this week. Facing a 7-game slate of absolute madness on the opposing mound, Coors Field shouldn’t be an excuse to spam Rockies against these matchups. The Padres and Brewers pitching staffs both rank among the sport’s leaders in ERA, xFIP, SIERA, and strikeout rate. To make matters worse, the Rockies will face Dinelson Lamet, Yu Darvish, Brandon Woodruff, and Corbin Burnes.

Need I say more? As staffs, the Padres and Brewers are both filthy from top to bottom. Indeed, the Reds will likely avoid the 1-2 Milwaukee punch of Woodruff and Burnes, but they will still have to face one of the best #3s in the league, Freddy Peralta. And when they get to San Diego, the start of the series against Blake Snell, Joe Musgrove, and Chris Paddack is far from a cakewalk. In shallow, top-heavy leagues, evaluate and seek backups for every member of the Reds lineup. 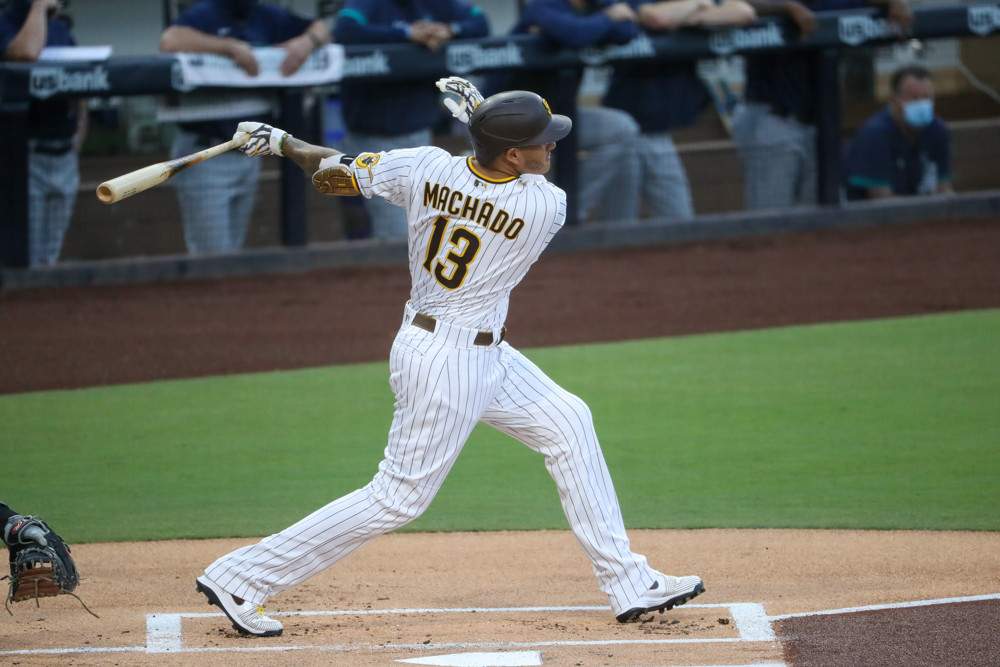 If you’ve been following the hitting planners regularly, you know I like me some Rangers targeting. The Minnesota Twins have recently gotten their groove back offensively despite major injuries, allowing for more run-scoring opportunities. In all fantasy baseball formats, that means the stocks are rising for every hitter in that lineup. The juice here? The Mariners and Rangers are both among the sport’s least dominant pitching staffs. While I did warn you above about the talent of Kyle Gibson leading the Rangers staff, the Twins won’t have to worry about him in their series towards the end of the week.

There are very few challenges for Twins hitters this week — line them all up. The fine wine Nelson Cruz, the multi-position Jorge Polanco, the red-hot Josh Donaldson, and the ceiling Miguel Sano, it’s go-time for the Twins hitters.

The Orioles have been one of the pleasant surprises of June but it’s hardly simply due to dominant pitching. They’ve gotten some solid appearances but the staff is still sketchy with John Means placed on the injury list. As for the Pirates, they’ve done some questionable stuff this season that doesn’t suggest their pitchers will suddenly carry the load. The Orioles and Pirates both rank well below league-average as pitching staffs and the Indians simply have the ceiling to produce runs against them.

You’re starting the elite talent of Jose Ramirez anyway and you’re missing out on the injured Franmil Reyes anyway. But there are plenty of low-cost options elsewhere—leadoff menace Cesar Hernandez, streaky slick Eddie Rosario, versatile Amed Rosario, and even the power and on-base potential of Josh Naylor.

The Rockies and Reds both rank well below league-average in ERA, xFIP, and SIERA as pitching staffs. The Padres get to face those days for a jam-packed 7-game stretch this week. The kicker? The first 3 are in the haven of offense, Coors Field. It’s simple; when the Padres offense gets a chance to rake, they likely will. Fire up all of Fernando Tatis Jr. and his support crew, including utility infielder Jake Cronenworth, the multi-million dollar man Manny Machado, the steady Eric Hosmer, the returning Trent Grisham, and even streaky veterans Tommy Pham, Jurickson Profar, and Wil Myers.