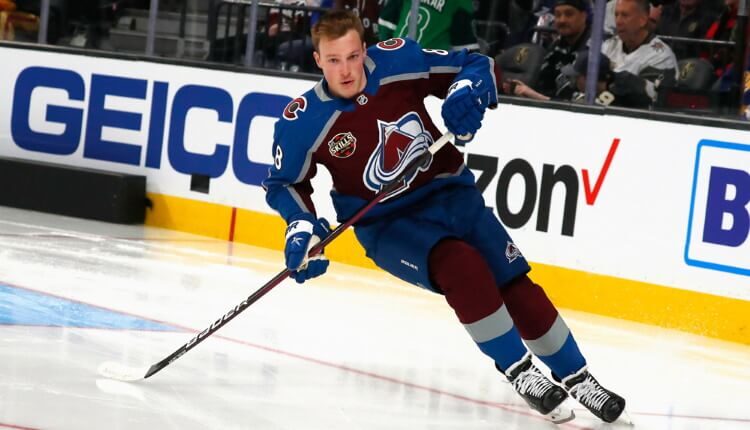 The Fantrax HQ defenseman rankings have been updated, and I’ll be going over the biggest changes to the rankings thus far.

It was a close decision in the initial rankings, with Victor Hedman edging out Cale Makar for the top spot. It still remains close between these two, but Makar takes the top spot in the ROS (rest-of-season) rankings. He has a whopping 18 goals and 49 points in just 44 games. With 20 points on the power play and a plus-32 rating, he’s contributing in several key categories. Makar has earned his place at the top of the rankings.

Tony DeAngelo’s departure from the New York Rangers was not a pretty one, and his NHL career was in jeopardy. He got another chance in Carolina and has made the most of it by scoring 39 points in 40 appearances. Playing on a pairing with Jaccob Slavin has provided results far greater than we anticipated. DeAngelo went from just barely making the list at 49, up to 10th in the ROS rankings.

Nearly everyone in Colorado is having a good year, but a notable standout is Devon Toews. In his first season with the Avalanche, he had 31 points in 53 games, which was a career-high. This year he’s set yet another career-high with 35 points, but he’s done it in just 37 games. Toews-Makar is an elite defense pairing, with plenty of offensively gifted forwards to share the ice with. Toews jumps from 46th up to 11th in the rankings.

Jacob Trouba had a 50-point season in 2018-19, just before signing with the Rangers. His first two years were nowhere near that level of production, with just 27 points in 2019-20, and 12 points last year. This season has been a different story, as Trouba has scored 24 points in 48 games. Not quite the 50-point pace, but a 40-point pace is a great improvement. On top of that he’s shooting the puck more, and he’s dished out 132 hits. He went from missing the initial top 50 to 18th in the ROS rankings.

There’s no one that’s fallen as hard as Jeff Petry. He had 42 points in 55 contests last year and was one of the best fantasy defensemen in the game. As a result, he started seventh in our pre-season defense rankings. Unfortunately, it’s been a miserable season in Montreal, and Petry’s fantasy value has plummeted. He has just seven points through 41 matchups, dropping him out of the top 50 defensemen. It’s possible he gets traded and sees an uptick in production, but I’d steer clear of him in the meantime.

Tyson Barrie is another that’s taken a huge step back. In his first season in Edmonton he scored 48 points in 56 outings, with 23 of those points scored on the man advantage. Playing on a power-play unit with the likes of Connor McDavid and Leon Draisaitl meant Barrie would have no trouble racking up the points. Or so we thought. We had him closing out the top 10 in the pre-season rankings with the thought that his power-play usage would carry his value. So far he has 18 points in 41 games, with nine power-play points. He’s been demoted to the second unit, severely mitigating his production. Without much coverage in other categories, he finds himself missing from the rankings.