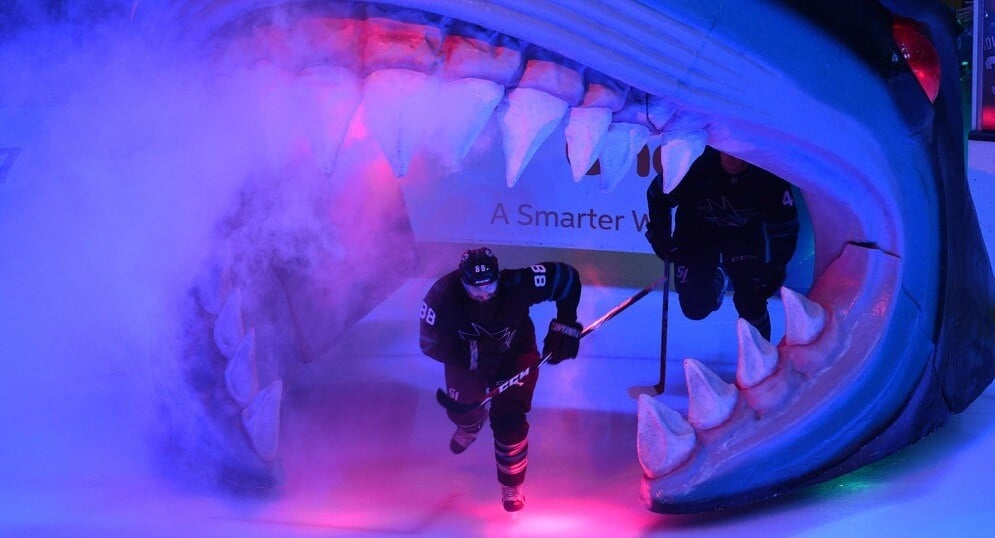 After covering the Atlantic and Metropolitan Division Previews, it’s time to focus on the Western Conference divisions. Our preview will include a predicted order of finish for each team, snapshots to your key fantasy league players as well as a potential breakout player from each team. The Pacific is seen as the weakest division in the league, but it’s also wide open for most teams.

Not using Fantrax for your fantasy hockey league? Check out our Fantasy Hockey Commissioner and find out why you should be. Or maybe our Classic Draft cash leagues are more your style? Either way your time is running out to get on the fantasy ice!

Vegas is the clear favorite to win the division. They’ve done it in three out of the fours years of the team’s existence. Despite losing Marc-Andre Fleury, they still have Robin Lehner who should now see a boon in fantasy value. With Mark Stone and Max Pacioretty up front, Alex Pietrangelo and Shea Theodore on the blue line, this team has plenty of both star power and quality depth. When you’re debating between which player to draft or pluck from the waiver wire, and all the options seem to be similar value, I’d target a Vegas player if available. He’ll have quality linemates, and be able to take advantage of some of the rebuilding teams in this division.

He’s had an injury-riddled career thus far and only scored nine points last season. He gets a fresh start in Vegas and will look to prove why he was the No. 2 selection in the 2017 draft. Expect him to start on the third line with Mattias Janmark and Evgenii Dadonov. If he gets off to a good start, he might even be able to work his way onto the top line, swapping places with Chandler Stephenson for that coveted role.

Connor McDavid and Leon Draisaitl. These are the two that will yet again determine the fate of the club. They finished first and second in league scoring last year, and could repeat that feat this season. Any player on a line with either of them is immediately worth consideration. As mentioned, the division is wide open (aside from Vegas) where a number of teams could finish second. I’m giving the superstars the benefit of the doubt to bring the team success.

This isn’t the first time he’s been expected to emerge. The fourth overall pick from 2016 still has the potential to be a great player. He’s slated to play on the top line alongside McDavid and newly acquired Zach Hyman. A full season of this trio should result in Puljujarvi smashing his career-high 25-point total.

Many are under the impression the Kings are still rebuilding, but I think their rebuild is over and they’re ready to take the next step. This offseason saw them bring in Viktor Arvidsson, Phillip Danault, and Alex Edler. They have several young players on the rise including Gabriel Vilardi, Arthur Kaliyev, and Jaret Anderson-Dolan, among others. And of course the veteran presence of Anze Kopitar and Drew Doughty to lead at key positions.

Petersen played 35 games last year, posting a 2.89 GAA and .911 save percentage with a woeful 9-18-5 record. He’ll be the Kings starter, but this time it won’t be his first season with that role. With more experience and a better group in front of him, I can see Petersen finishing as a top 15 goalie in standard fantasy leagues.

The Canucks have had a busy offseason. There’s been plenty of turnovers, but that isn’t a bad thing for a team coming off a disappointing 2020-21 campaign. Oliver Ekman-Larsson should help stabilize the defense. While he won’t be the main source of offense with Quinn Hughes around, Ekman-Larsson could bounce back to being a 40-point defender. There are many “ifs” with this team, which could cause them to finish either near the top or near the bottom of the division.

Garland scored 39 points in each of his past two seasons. However, he scored at a 65 point pace last year over an 82 game schedule. He’s playing on a line with a now healthy Elias Pettersson, which is a more offensively talented centerman than he had in Arizona. I could see him reaching that 65 point pace, and pushing for 70 if he has good chemistry with his linemates.

The Flames are a team that’s seemingly stuck in the middle. They boast talented players such as Matthew Tkachuk, Elias Lindholm, Johnny Gaudreau, and Sean Monahan. It was just back in 2018-19 where these were some of the best fantasy scorers in the game. They have each declined in their point scoring pace since then. It remains to be seen if they will continue this trend, or if some of them can bounce back. They also lost Captain Mark Giordano to Seattle, leaving a void that won’t be easy to fill.

After winning back-to-back Stanley Cups with the Tampa Bay Lightning, Coleman signed a six-year deal with the Flames. He played on the third line for Tampa but was a top-six player previously with the New Jersey Devils. He’ll be used in a top-six role with the Flames, and get to play with some offensively gifted players. He’s cracked 30 points four times in his career but should push for 40 or even 50 this season.

No, I’m not going to predict they pull a Vegas and finish first — but I wouldn’t rule out that possibility. The NHL’s newest team, it’s simply not possible to tell how they’ll mesh as a team, and how they’ll stack up against their competition. They have plenty of depth, but no true star power. It doesn’t help that Yanni Gourde is out with injury, as he could have been the top center. Jaden Schwartz – Jared McCann – Jordan Eberle is their current top line, and are the ones that will shoulder much of the offensive expectations.

Many were surprised when Seattle passed on Jake Bean and chose Geekie. However, the 23-year-old has been buried behind a Carolina squad that’s deep down the middle. He’s played 38 games in his NHL career, scoring 13 points. Perhaps it’s the recency bias from Vegas, but I see him as being Seattle’s version of William Karlsson, but to a lesser extent.

The Sharks have some big-name players such as Brent Burns, Erik Karlsson, and Logan Couture, but are a team that’s in a rebuild. As a result, don’t expect any of the mainstays to score at the rates they used to. The Evander Kane situation still doesn’t have a definitive outcome, but I wouldn’t have him take up a roster spot on my team unless you can stash him on IR.

Barabanov was acquired from the Toronto Maple Leafs last season after netting just one point in 13 games. Once in San Jose, he scored seven points in nine games. It’s a small sample size, but it shows he’s capable of providing more offense when given the opportunity. I’m very intrigued by the possibility of a William Eklund – Tomas Hertl – Alexander Barabanov line. Eklund is a rookie worth watching, and Barabanov will be given a chance to thrive, including on the power play.

The Ducks are firmly in a rebuild, and shouldn’t be expected to make the playoffs. They’ll compete with the Sharks for seventh in the division, but aren’t likely to push any higher. Rookie Trevor Zegras will be given a top-six role, likely playing with Rickard Rakell. There aren’t many other notables on the team, except another rookie in Jamie Drysdale. John Gibson is one of the best in the league, but a goalie playing for a team at the bottom of the standings doesn’t bode well for fantasy value.

He’s expected to play in the top six, perhaps with Zegras and Rakell. Comtois scored 33 points in 55 games last season. As someone who will be relied upon to provide offense on a team that doesn’t have much of it, Comtois should surpass his previous point total, and push for 45 to 50 points.