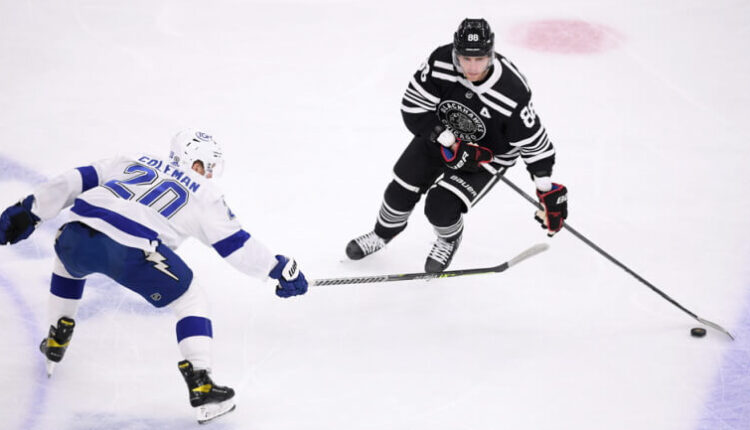 When compiling your draft lists in fantasy hockey, the goal should be to maximize the value of each draft selection. An ideal draft will be one where each player’s value exceeds the position you drafted them in. This is clearly more difficult to do in the early rounds of a fantasy draft but if your selection keeps its value in the spot you drafted him, you should be in good shape in your league play.

This article is going to look at player’s to avoid drafting too early based on their average draft position (ADP).

10 Players to Avoid Drafting too Early

There are a few factors to consider when looking at Perron. His age (33) jumps out and his career point per game average (PPG) of 0.67. Last season he finished at slightly over 1.0 PPG. It would be very reasonable to expect his production to return to his norm, especially as he is at an age where players overwhelming are declining. While he will get powerplay time, Perron does not offer much in most other categories your league may support. I would move Perron down my draft board significantly and look to pick him below 150, depending on how deep your draft is.

Kane is still an excellent offensive hockey player. However, he only had 15 goals last season and a career-low 7.9 shooting %. At 32 years of age, I would highlight this as a warning sign. Kane is still a player you will want to invest in early in your draft, as he still projects to be a PPG player and he will get his PP points. His name recognition will likely be enough for many to still select him in the top 12 of their drafts. I would target him around the 25-30 mark.

This projection is one that may not age well, but go big or go home, right? Barrie has scored pretty consistently over his career. After a pretty dismal year in Toronto in 2019-20 he bounced back with strong offensive numbers in 2020-21, primarily on the back of the lethal duo of Connor McDavid and Leon Draisaitl. There is definitely a reasonable chance that Barrie can repeat these numbers in 2021-22 but the holes in Barrie’s defensive game are quite significant and I am expecting the acquisitions of Cody Ceci and Duncan Keith and the emergence of Ethan Bouchard to cut back on Barrie’s ice time. More specifically I expect Barrie to get less time with the Oiler’s dynamic duo, reducing his secondary assists total which inflated his overall points. Barrie is one dimensional as far as fantasy value is concerned so any drop in production will see his value fall. I would grab him in the 80-100 range but hesitate any earlier.

I’ll start by saying Guentzel is an excellent hockey player. He is just hitting the prime of his career and should continue to score. My red flag with Guentzel is based on his pretty high shooting % over his career (16.2%), which on paper does not seem sustainable. He has had the benefit of playing with one of the best 1-2 centre punches of recent times in Sydney Crosby and Evgeni Malkin. Both these players have now hit their mid-30’s and logic tells you their production will more likely decrease than increase. They have both battled injuries over the past few years and without an heir apparent centre in the Penguin’s system to fill in any gap in production, Guentzel’s ability to produce at the same rate he has over the first 5 years of his career will be challenged. As another winger who doesn’t provide point values in other fantasy categories other than the PP, you would be prudent to let him hopefully fall a couple of rounds from where his 29 ADP sits.

“Patches” had a very good season last year. He was on pace for 40 goals and he averaged over a PPG. So why not pick Pacioretty early? First off, he has battled injuries the past 4 seasons, so questions about his ability to put a full season in now that he is about to turn 33 should be asked. Secondly, he has a career PPG average of 0.75, so his production of last season should be viewed as an outlier. With last year’s COVID schedule, Vegas played all their games against some of the weakest competition in the league. You have to believe that Pacioretty’s offence benefited from that advantage. He’s a player who does not offer much support in other fantasy categories other than offence related ones. I have a buyer beware sign on Max and I would target him about 20-30 spots lower.

Despite his almost PPG season in 2020-21, Wheeler has started to show signs of slowing down. A couple of years back he would be a lock for being picked in the earlier rounds of fantasy drafts, so the fact he is at an ADP of 60 is evidence of how he is currently viewed. At 35, and showing to be more of a defensive liability, his role is primed to be redefined and his significance on the Jets reduced. His fantasy value will plummet sooner than later. I would avoid Wheeler until around pick 100.

Jones had a career-high in points in 2017-18 with 58 and he complimented that with almost 250 shots on goal. As he was doing that at the young age of 22, you could not help but to expect that Jones was just beginning to tap into his full potential. Unfortunately since that time his production has dipped significantly and all his numbers have levelled off. Along with the drop off in points, Jones also became the poster child for the analytics community where his advanced stats indicated that he could be one of the more over-rated players in the league. Perhaps his off-season move over to Philadelphia will be the answer but fantasy managers should not ignore the warning signs. I would target Jones around pick 75.

The reality of a player like Ehlers in fantasy hockey is that despite his very good offensive point totals his value is limited by a few factors. He can only play one forward position (LW), which limits his versatility in manager’s lineups. He doesn’t provide scoring in other categories such as face-offs, hits, PIMS, etc. Even his PP production is only so-so. Of course, it is dependent on the categories one’s fantasy league use, but even if you get a best-case scenario of a PPG production out of him, I don’t see his value being any higher than around 65. Ehlers value should be more around the 75 pick mark.

Nylander is a gifted offensive player. I often watch Nylander and wonder why he isn’t a PPG player. He is somewhat a victim of being the 4th wheel on the Leafs top 4 forwards of Austin Matthews, Mitch Marner and John Tavares. This results in him not getting as many opportunities on the top line or on PP1. He still has the name cache that makes many fantasy managers notice and he can be expected to put up 0.80 PPG production. As he doesn’t add support in other categories, his value shows that he should likely be drafted in the 90-100 range of most fantasy drafts.

Rielly is still riding the wave from his 72 point season in 2018-19. Since then he has had two quite average offensive seasons, especially when you consider the role he holds with the Leafs as their primary offensive weapon from the back end. His value in fantasy drafts is still influenced by that one great year. His shooting % that season was more than double his career average. Rielly should be regarded as around 0.60 PPG player, who offers very little production in other categories. Managers should target him in the 100+ range when drafting.

We made a point of targeting 10 players who have a significant profile and reputation in fantasy hockey. It should be noted that all of these players will provide value to your team if you had them on your roster. Our goal was to look at where the majority of managers in fantasy leagues have been drafting these players and highlight why we believe they should be drafted in a lower position so that you maximize the potential of each pick you make.

For more rankings and analysis check out the 2021-22 Fantrax Fantasy Hockey Draft Kit.