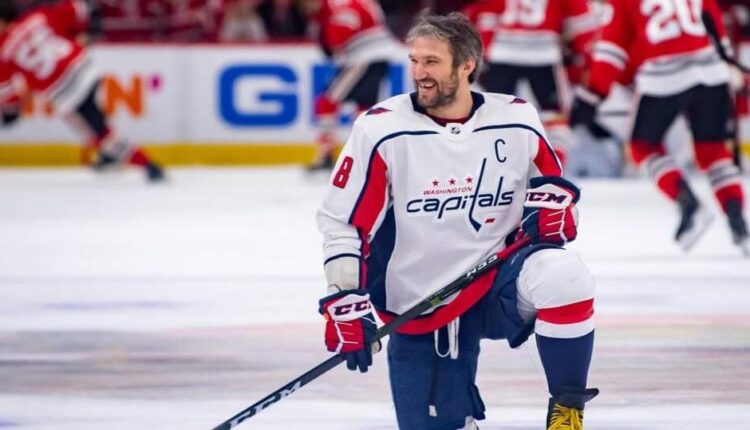 With the Atlantic Division preview in the books, we now set our sights on previewing the other Eastern Conference division, the Metropolitan. Our preview will include a predicted order of finish for each team, snapshots as to your key fantasy league players as well as a potential breakout player from each team. The Metro is arguably the deepest division in the league with at least six of the eight teams seemingly having a shot at the playoffs.

Not using Fantrax for your fantasy hockey league? Check out our Fantasy Hockey Commissioner and find out why you should be. Or maybe our Classic Draft cash leagues are more your style? Either way your time is running out to get on the fantasy ice!

It’s taken me a while to buy in to the Islanders and accept them as one of the top teams in the league but I’m now convinced that Barry Trotz is a magician and I’m a believer. The Isles can roll out 4 lines and 3 pairings of defense that really have no holes in them. They then back it up with one of the best goaltending tandems in the league.

While the Isles don’t have elite or must-have fantasy players, Mathew Barzal, Brock Nelson and JG Pageau are all players that can offer good value to a fantasy managers. Don’t shy away from the newly acquired Kyle Palmeri either. He had a tough year in 2020-21 but Palmeri is a consistent 25 plus goal scorer and I would expect a return to that form with the Isles.

Wahlstrom was a highly touted goal scorer when drafted 11th overall in 2018. It’s been a bit of a slow burn in becoming a regular in the Islanders lineup. After hitting 12 goals in 44 games last season, a 25G and 50PTS is a doable projection for Wahlstrom in 2021-22

The Rangers have been rebuilding on the fly and I believe they will make the jump this season to serious contender, finishing 2nd in the Metro. The Blueshirts have accumulated some exciting young talent to go along with their superstars. Mika Zibanejad, Artemi Panarin and Adam Fox are all must have fantasy players. Kaapo Kakko, Vitali Kravtsov, and K’Andre Miller are all young players for fantasy managers to keep tabs on.

There was a lot of pressure on last year’s #1 overall draft pick and Lafreniere had an inconsistent rookie season. He still managed to score 12 goals despite his struggles. Look for Lafreniere to break out this season as he has way too much talent to not become an impact player.

The Canes have embraced “hockey is fun” by owning the bunch of jerks comment that came from former hockey analyst, Don Cherry. The Canes ARE fun! They have a high-powered offense led by Sebastian Aho, Andrei Svechnikov, and Vincent Trocheck. Though the loss of Dougie Hamilton on defense will hurt they have a strong corps led by Jaccob Slavin. You may want to consider newcomers Tony DeAngelo on D and Fredrik Andersen in goal for your fantasy teams as they both have an excellent chance to be valuable sleeper picks this season.

I feel Montreal will regret not hanging onto this former #3 overall draft pick. Kotkaniemi already has 3 years of NHL experience under his belt, and at 21 years of age, he is only scratching at the surface of his potential. His elite play-making skills will undoubtedly be a great fit for the high-flying Canes.

The Caps are a veteran team who continue to be in a win-now situation. With long-time stars Alex Ovechkin and Nicklas Backstrom as well as their heart and soul player, T.J.Oshie all in the back 9 of their careers, the Caps are still poised to take a run at the Cup. John Carlson is still a go-to offensive threat on defense and they have a solid tandem in goal with Ilya Samsonov and Vitek Vanecek. Tom Wilson offers great value in fantasy league play with his multi-faceted game.

Mantha may not be a traditional breakout candidate, but as he fell a bit of the map with a couple of sub-par seasons in Detroit, I look for him to regain his 30 goal scoring form and provide a lot of offense both 5v5 and on the PP

The Flyers have a team that is capable of competing for a playoff spot and if all goes well, they may squeeze in. There are question marks as they will need Carter Hart to bounce back in goal after a disastrous season in 2020-21. Claude Giroux, Sean Couturier, and Travis Konecny will be relied on to carry the offense but there are questions as to whether there is enough scoring depth down the lineup. Ryan Ellis and Rasmus Ristolainen were new additions on defense this offseason. Both do have question marks around but are traditionally good fantasy league players.

Farabee had a great sophomore season, finishing with 20G and a shade under 40PTS. He will get consistent top 6 and PP minutes this year. Look for his production to continue to grow.

The safe bet is to slide the Devils into the #7 slot in the Metro, but I like the makeup of this young team and with the offseason signing of Dougie Hamilton and trade for Ryan Graves they have stabilized their D. Jonathan Bernier was brought in to back up Mackenzie Blackwood and you may find these two splitting the net. The Devils’ strength is down the middle as they will be rolling out Jack Hughes, Nico Hischier, and Pavel Zacha. All three are capable of putting up good numbers this season. I think the Devils will surprise a lot of teams this year and may even push for a playoff spot.

Sharangovich may be one of the best-kept secrets in the league. He quietly put up 16G and 14A in his rookie year, and hardly anyone noticed. He’s a goal scorer, and with the expectation being, he will skate alongside Hughes this season he isn’t likely to fly under the radar much longer.

It feels strange dropping the Penguins this low but when I look at their roster and take note of the injury issues Evgeny Malkin and Sidney Crosby have and are continuing to deal with, I don’t see enough on the Pens roster to overcome the strength of the division they are in. Jeff Carter looks to be starting their season as the #1C which should raise eyebrows. They have excellent scoring wingers in Jake Guentzel and Bryan Rust but the drop-off is fairly significant after that. On D they are still counting on 34-year-old Kris Letang to lead the way. Goaltending was an issue last season and with Tristan Jarry and Casey DeSmith. The Pens will need a 180-degree turnaround from this pair to have any shot at a top 4 finish and a shot at the playoffs.

Who? I’m guessing only die-hard Pens fans are familiar with Zohorna. That said, there are openings in this roster and with a lack of A-level prospects on the horizon, Zohorna will have an excellent chance to find a niche in the Pens lineup. My suggestion is to keep an eye on the waiver wire in case he gets hot as there is no need to invest in him too early.

The Jackets have turned over a lot of players the past couple of years. There are some solid NHL players on this roster but they lack depth and skill and appear to be destined to a bottom 5 overall finish in the league. Patrick Laine and Jakub Voracek will lead the offense. Look for Jack Roslovic to improve on his decent numbers from last season, where he put up 34 points in 48 games with Columbus. Zachary Werenski will log big minutes this year and I expect him to return toward the top 10 fantasy defensemen.

Texier has been waiting for his chance the past couple of seasons to make an impact in the Jackets lineup. It looks like he will be thrust into a top 6 role this season, perhaps even centering a line with Laine and Voracek. He has excellent speed and playmaking ability. With this kind of opportunity, he is definitely a player you will need to keep your eye on as this season gets underway.