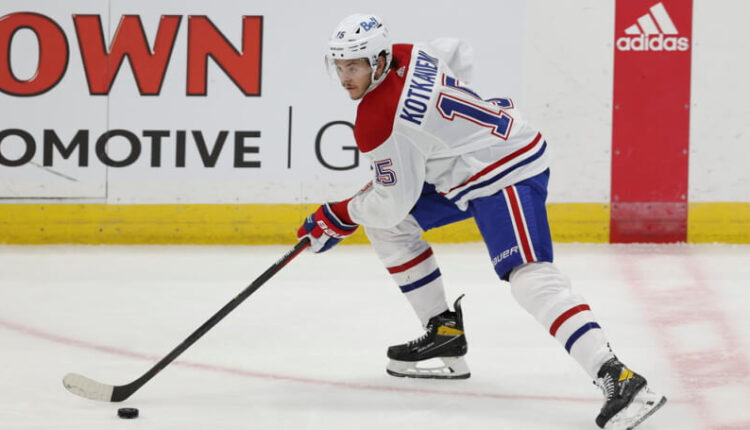 There may not be a more rewarding feeling in fantasy hockey than targeting a player in the later rounds of your draft who exceeds all expectations and becomes a go-to guy for your fantasy team. Moments like that have made many a fantasy GM feel like they are smarter than everyone else, even if just for a moment.

We’ve highlighted 5 skaters who will be either drafted in the late rounds of a draft or perhaps not at all. All players will be below 200 in Fantrax average draft position (ADP) and below 25% of being drafted by fantasy managers (D%).

The offer sheet the Canes gave Kotkaniemi this offseason was one of the most interesting transactions that occurred this summer. The 1-year, $6.1M deal with a $20 signing bonus had a lot of people questioning whether the Canes were motivated by revenge. The previous year the Montreal Canadiens had tendered an offer sheet to the Canes, Sebastian Aho. Maybe it’s a coincidence that the Canes went after a Habs player, but that $20 signing bonus that was included in the offer sheet, indicates that there may have been something more going on.

The gamble on Kotkaniemi ultimately comes down to the fact that this former 3rd overall entry draft selection is still only 21 years old, with already three seasons of NHL experience and still a huge upside in his game. He has had playoff success with Montreal and in my view is on the cusp of evolving into a legitimate top-six forward in the league. The Canes have a very skilled set of forwards and over the last few seasons, they have been dominant in offensive zone possession and generating shots. Their style of game should be a great fit for Kotkaniemi’s skill set. With a group of centers that include Aho, Jordan Staal, and Vincent Trocheck, Kotkaniemi is likely to play more left wing this season which will also ease the pressure that he may have felt as the heir apparent top 1 or 2 center in the hockey-crazed market of Montreal.

I look for Kotkaniemi to be one of the surprises of this upcoming season. If he’s available in the late rounds of your draft, he should be worth the gamble.

In 2018-19 Tuch put up 20 goals and 50 points for the Golden Knights. He seemed on the verge of becoming a star player in the NHL. After a down year in 2019-20, Tuch re-emerged as a 25-goal and 50-point player last season. He is one of the more dynamic players to watch in the league and you can’t help but feel there is even more offense in his game. His poor statistical season in 2020 has clearly pushed Tuch off the radar of many fantasy managers. This would be an excellent opportunity to take advantage of that apathy, grab Tuch with a late-round pick and watch the other managers in your league kick themselves for their oversight.

It took longer than hoped but in 2020-21 Zacha finally began to show why the Devils selected him 6th overall in 2015. The 24-year-old had a mini-breakout year, scoring at a 27 G and 57 PT pace. Zacha generated more shots on goal, won more face-offs (51%), and was on his way to a career-high in PP points. He is expected to get first-line PP minutes again this season and if one is to believe last year was the beginning of the growth of his game a 30 G and 65 PT season could be in the cards for the big Czech center. As a late selection, he could be the steal of your draft if he picks up where he finished last season.

Since being drafted 6th overall in 2018, Zadina has played sparingly over three seasons with the Wings, averaging .35 PPG. This upcoming season you can expect the 21-year-old Zadina to get top-six minutes as well as being on the first PP unit for the rebuilding Wings. Zadina is a dynamic offensive player. He was a dominant player in his one season with the Halifax Mooseheads of the Quebec Junior League as well as his draft year appearance at the World Junior Championships with the Czech National team. The Wings have high expectations for Zadina and he will be given every opportunity for this season to be his breakout year.

Thomas was the Blues 1st round selection in the 2017 NHL draft coming in at #20 overall. A gifted offensive player, he was a shade under 0.65 PPG in 2019-20. He dipped back somewhat last season but now with a new contract in his pocket, he is locked into a top-9 forward position and he can also expect to get significant PP minutes. There is a lot of growth to come in this 22-year-old’s production. This could be the year that Thomas takes it to the next level.

These 5 skaters all appear to be sitting under the radar of most fantasy leagues. There is always a risk factor when selecting a player who hasn’t shown consistency at the NHL level. However, these highlighted players all have the potential to see their production and value grow from where they are currently. As the saying goes; no risk, no reward!

For more help in preparing for the fast-approaching NHL season, check out our 2021-22 Fantasy Hockey Draft Kit!