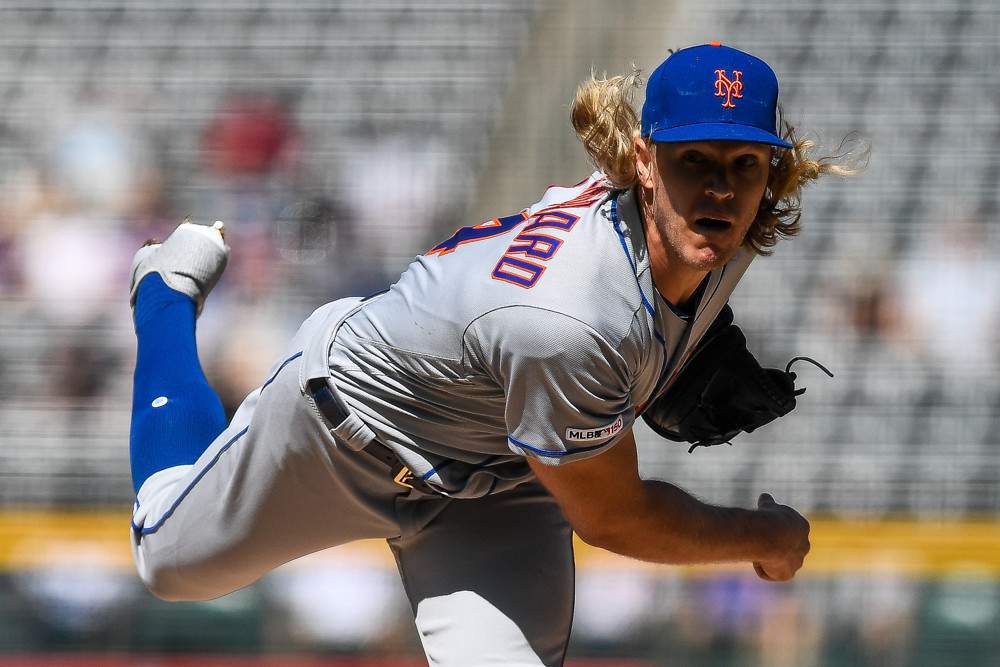 Nic Civale is a Doctor of Physical Therapy and former NCAA Division I Baseball athlete. He combines his knowledge of anatomy and physiology with that of baseball mechanics to provide expectations for players who will be rehabbing this offseason. Utilize The Offseason Injury Report to start your planning for 2021 drafts and keeper decisions.

“Thor” is temporarily hammerless as he completes rehabilitation from Tommy John surgery, which was performed on 3/26/2020. The surgery was performed in the Hospital for Special Surgery in West Palm Beach, FL. Syndergaard was not displaying any symptoms of forearm pain in the original spring training in early March, so the Ulnar Collateral Ligament (UCL) tear was a bit of a surprise.

In fact, Syndergaard was throwing bullpens up to a week before the actual diagnosis. He did not have a particular injury or debilitating pain to indicate a UCL tear, but multiple imaging tests and opinions confirmed the diagnosis. This shows that above all things, Thor is a beast! Pitching well in Spring Training and having successful bullpens, and his UCL may have been torn for who knows how long!

Recovery from Tommy John Surgery for high-level baseball pitchers takes 12 months at the earliest to return to game action. The general window is 12-15 months, and as we know from previous surgeries, different athletes require varying amounts of time.

Despite the lengthy return, Syndergaard has one of the best in the game in charge of his rehab. Eric Cressey of Cressey Sports Performance has been monitoring and overseeing Thor’s rehab down in Florida. Eric Cressey and his team were able to identify that the changes in the injured elbow were likely chronic, which could explain the struggles of 2019. Cressey has also commented that Syndergaard is taking his rehab process very seriously and has been an excellent rehab participant.

Syndergaard has always been seen as an athlete who has been in great shape and it’s apparent based off of taking one look at his impressive frame. To have an athlete who knows how to take care of his body and is active in his rehab process is extremely important for rehabilitation. Pairing these attributes with having Eric Cressey in charge of the rehab process bodes very well for a strong and speedy return.

Although there’s no way we can reasonably expect Syndergaard back for the start of the year, there is a good possibility he is back by May or June. If Syndergaard falls in drafts and he’s available at a discount, it may be a good idea to jump on that opportunity. He can be expected to miss about 4-6 starts at the beginning of the year if things go as expected.

I would gladly take 26-28 starts from Thor, especially knowing he’s worked with one of the best Certified Strength and Conditioning Specialists in the country in Eric Cressey. We hope to see Syndergaard back as soon as possible to join Degrom atop a potentially devastating rotation- if the Mets manage to make a splash in free agency this offseason.

The Washington Nationals followed up a magical 2019 with a 2020 to forget; a sentiment that can be shared with anyone who lives on planet earth. Stephen Strasburg certainly had a disappointing year, as he totaled only 5.0 innings this year. The reason for Strasburg’s limited playing time was a neurological injury that began to develop back in Summer Camp. Carpal Tunnel Syndrome (CTS) is something most of us have heard of, but rarely from pitchers or baseball players in general.

CTS is a neurological issue that affects the way nerves can transmit information from our brains down to the hand. The brain attempts to send a signal down through the spinal cord and into the median nerve. The median nerve travels from your spinal cord shown the entire arm and approaches the carpal tunnel, which is an actual tunnel created by a ligament (the flexor retinaculum) that runs laterally across the wrist.

When this ligament gets compressed or swollen from overuse or misuse, the nerve cannot deliver its messages to the hand accurately or in a timely manner.

Nerves deliver information that is necessary for muscles to function as we intend. Every movement of a muscle in your fingers derives from a signal from the brain. Nerves are also responsible for returning information from the hand to the brain.

This is where we gather any indication of pressure, sensation, proprioception, pain and temperature. For Stephen Strasburg, any combination of these functions could have been limited with varying degrees of intensity. There were multiple reports about his feeling numbness while trying to get a feel for the ball, but the depth of his symptoms were not fully reported.

“CTS is a very uncommon injury in baseball pitchers,” per Dr. Anthony Alessi, neurologist and on-air contributor for ESPN. CTS is more commonly derived from typing, sewing/crocheting, or consistent use of power tools that vibrate, such as a jackhammer, or chain saw.

Regardless of Strasburg’s reason for the injury, what we want to know in the baseball/fantasy community is when will he return and how good will he be. What we do know is that surgical repair and decompression of the carpal tunnel was performed on 8/26/2020. We know that following surgery, most patients are placed in a splint for the first few weeks after surgery.

Following this, light range of motion exercises will be performed with progressing degree of muscle activation. Stretching, progressive strengthening, and then throwing will ensue while Strasburg is monitored closely for any of the symptoms mentioned above.

To put in perspective a time frame for such a recovery, there are many cases in which people have this surgery and never truly recover to their previous form. Even with physical therapy, there are no guarantees the athlete returns to his or her sport pain-free. In this case; however, we have a 32-year-old male with some of the best physical therapists and trainers in the world with an endless supply of medical funding. Strasburg has a good prognosis to return to full strength, but I would not feel confident in saying it will be by April.

By the time we hit draft season/keeper decision time, we should have more updates of Strasburg’s progress. This could range from his being on a throwing program (likely only flat ground at that point), to ongoing complications with nerve pain, or numbness/tingling. We will certainly be hoping for the best outcomes for Strasburg, a pitcher who has always shown a love for the game with the intensity he competes and his professionalism.

His workload for next year will most certainly be limited, even if he returns by April. Projections will range vastly for 2020, but with a career 3.19 ERA, 1.09 WHIP, 10.6 K/9 and tons of experience, I wouldn’t count Strasburg out. You’d have to sell at a major discount in dynasty leagues due to the uncertainty, so hold on to him for now.

If the universe is listening, please let Strasburg and the rest of us have a better 2021. We may not be starting the year at 100%, but hopefully, by the end, we are hitting our stride and have returned to some kind of normalcy.