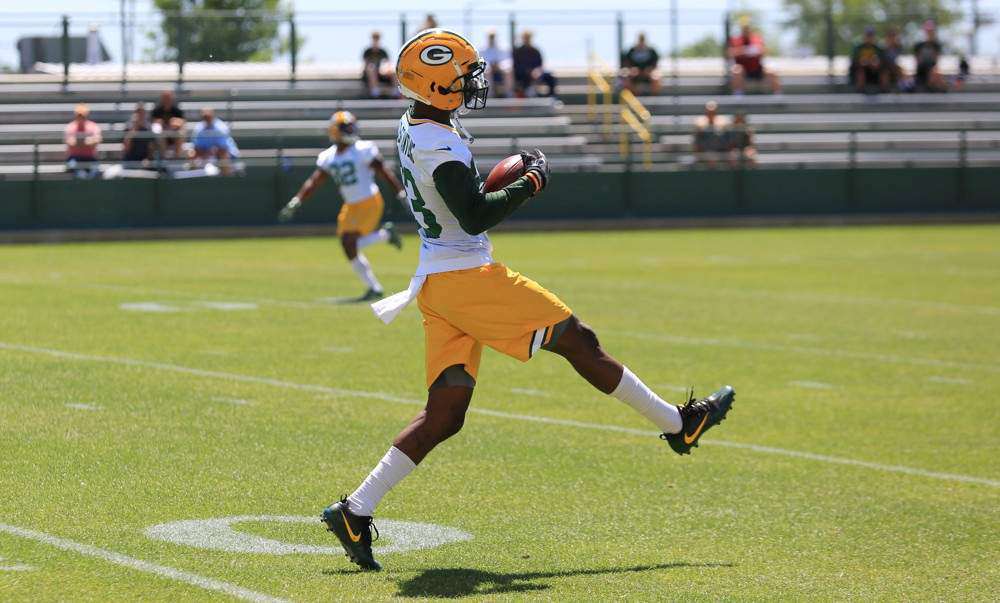 The weekly fantasy football waiver wire will include players in shallow and deep leagues. Some players expect to be season-long producers, while others could be short term help. At each position, players are listed in priority order. With week one in the books, let’s dive into the fantasy football Week 2 waiver wire.

In Sunday’s surprise loss to the Jaguars, Philip Rivers threw 46 pass attempts for 363 passing yards with one touchdown and two interceptions. Although we expect the Colts to be a bit more balanced on offense, we love the passing volume for fantasy purposes. Rivers is the top quarterback option in the Week 2 waiver wire.

On the flip side, Gardner Minshew II led the Jaguars to an upset win against the Colts. Minshew went 19-for-20 with 173 passing yards and three touchdowns. He also rushed for 19 yards on five carries. Minshew was one of my quarterback sleepers coming into 2020, and add him as a streamer that could eventually be your starting quarterback.

In the Raiders and Panthers shootout, Teddy Bridgewater passed for 270 yards and one touchdown. He also carried the ball four times for 26 rushing yards. Like Rivers and Minshew, Bridgewater is a streaming option.

In Sunday’s win against the Lions, Mitchell Trubisky threw for 242 passing yards and three touchdowns with no interceptions. He also chipped in 26 rushing yards. I wouldn’t be rushing to the waiver wire or blowing a bunch of FAAB for him, but worth monitoring or adding in 16-team leagues or deeper.

James Conner left Monday’s game due to an ankle injury. As a result, Benny Snell Jr. received 19 carries for 113 rushing yards. The Steelers played with a lead for most of the game with their dominant defense that stifled the Giants offense outside of two touchdowns to Darius Slayton. Snell and Joshua Kelley are the top two waiver wire pickups of the week.

With Justin Jackson banged up, add Joshua Kelley, in case it’s a lingering injury. I liked Jackson as a breakout running back candidate coming into the season with his pass-catching ability. Kelley provides a different skill set and more of a grinder between the tackles. He had 12 carries for 60 rushing yards and a touchdown. If Kelley is available, then he is arguably the top 2020 fantasy football week 2 waiver wire player to add.

Nyheim Hines received seven carries, eight targets, and eight receptions for 73 total yards with two total touchdowns. The Colts gave him touches before and after the Marlon Mack injury. According to Tom Pelissero of NFL Network, Mack tore his Achilles, meaning that ends his season. With Hines usage, he’s one of the top running back week 2 waiver adds.

When the Rams depth chart listed Malcolm Brown as their lead back, most scoffed at it. In Sunday’s win against the Cowboys, Brown led the backfield with 18 carries for 79 rushing yards and two rushing touchdowns. He also chipped in with three catches for 31 receiving yards. Brown totaled 21 touches with 110 total yards and two touchdowns. Rookie Cam Akers received 14 carries but was less effective with 39 rushing yards. If Brown is available, he’s worth an add, although Akers expects to lead the backfield eventually.

The Jaguars placed Ryquell Armstead on the reserve/Covid-19 list, and James Robinson received buzz coming out of camp. Jaguars GM, David Caldwell, claims that Robinson’s performance in training camp factored into the decision for releasing Leonard Fournette. Robinson finished Sunday’s game with 16 carries for 62 rushing yards and targeted once for a 28-yard reception. Interestingly, Chris Thompson only received two targets, but the Jaguars kept the game close and beat the Colts.

With DeAndre Washington released, Darrel Williams projects as second on the depth chart for the Chiefs behind Clyde Edwards-Helaire. Williams logged seven carries for 23 rushing yards and caught both targets for seven yards. If there’s an injury, Williams is worth a speculative add.

Jerick McKinnon finally made it back after missing the last two seasons. He had three carries and three catches for 44 total yards and a receiving touchdown. McKinnon is worth a speculative add in deeper leagues with the fruitful 49ers running back production.

Myles Gaskin is more of a deeper league add, but he led the Dolphins with nine carries for 40 rushing yards and also received four targets and four receptions for 26 receiving yards. Barring an injury to Jordan Howard and Matt Breida, it’s hard to envision Gaskin receiving more touches. Warning – it’s probably safe to stay away from the Dolphins backfield.

Antonio Gibson led the team in rushing yards, but Peyton Barber finished with 17 carries for 29 yards and two touchdowns. Per usual, Barber’s production looked similar to his time in Tampa Bay. In deeper leagues, he may be worth an add in case he continues to receive goal line touches, although he’s more of a backend waiver claim.

Both Marquez Valdes-Scantling and Allen Lazard scored a touchdown in Sunday’s game against the Vikings. Valdez-Scantling received six targets, four receptions, and 96 receiving yards with a touchdown. He also dropped a wide-open crossing route that would have added to his production.

Lazard caught all four of his targets for 63 receiving yards and one touchdown. Both could be viable options if Aaron Rodgers has more games as he did on Sunday with 44 pass attempts for 364 passing yards and four touchdowns. Either of these wide receivers should be two of the top 2020 week 2 waiver wire adds.

In an offensive explosion on Sunday, Robby Anderson caught six out of eight targets for 115 receiving yards and one touchdown. Most of the production came off a 75-yard receiving touchdown, and Anderson has the boom potential.

In Sunday’s high scoring game, Russell Gage received 12 targets, nine receptions, and 114 receiving yards. He was one of three Falcons receivers to go over 100 yards receiving on Sunday. In a high volume passing offense, add Gage as a WR4 with upside.

Although the Washing Football Team beat the Eagles on Sunday, the offense struggled with just over 250 total yards on offense. Steven Sims Jr. finished with three targets, three receptions, and 50 receiving yards. The target total is slightly concerning, but Sims is a deep league target as we expect this team to play from behind in more games.

The Buccaneers offense as a whole struggled against the tough Saints defense on Sunday. However, Scotty Miller finished second on the team in receiving yards with six targets and five receptions for 73 receiving yards. With Mike Evans banged up, that could have contributed to the increased involvement for Miller.

More of a deeper league add here, but Quintez Cephus led the Lions in targets on Sunday with ten targets and three receptions for 43 receiving yards. The production from Cephus is likely a result of Kenny Golladay out with an injury.

Chris Herndon finished second on the team with seven targets and grabbed six catches for 37 receiving yards. The Jets offense struggled as a whole, but it was good to see Darnold target Herndon on Sunday.

Logan Thomas received a ton of buzz coming out of training camp. At the NFL Combine, he displayed off the chart workout metrics. The former college quarterback received eight targets for four receptions, 37 receiving yards, and one touchdown. Thomas reached that typical streaming tight end line of four receptions for 40 yards, and fortunately also had a touchdown. However, the eight targets are the most notable stat to keep an eye on in the coming weeks.

Bears tight end Jimmy Graham finished second on the team with seven targets and hauled in three of them for 25 receiving yards and a touchdown. He is more of a streaming tight end at this point in his career.

Veteran Greg Olsen caught all four of his targets for 24 yards and a touchdown. Olsen falls into the streaming tight end category depending on the matchup.