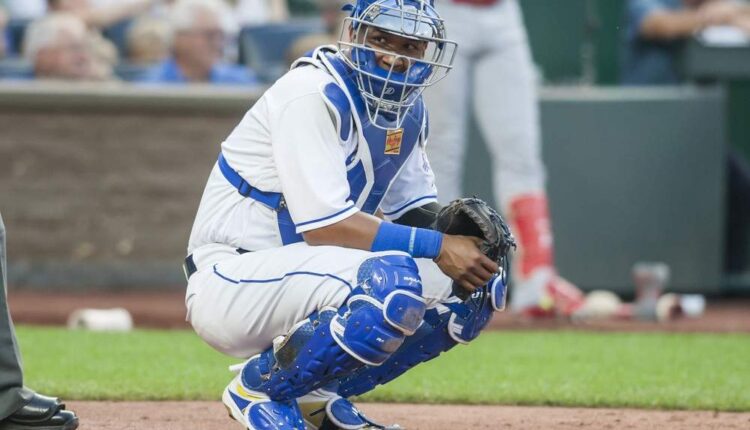 Every year we try to identify the players that will win us our leagues, the next breakouts. But just as significant are the ones that we miss on. The players that fail to return their draft-day price can play a role in sinking our season. So as we all have those favorite players we have to draft, there are also ones that you purposefully pass on when you’re on the clock. Who am I avoiding this season? I give you my fades at each position for the 2020 season.

Player to Avoid at Each Position

Salvador Perez was coming off a 2018 season in which he hit .235/.274/.439 with 27 home runs. After tearing his MCL early in spring training, he didn’t make his debut that year until April 24. Playing 30 games at DH and three at first base allowed Perez to make up for lost time. Then before the 2019 season, he suffered an injury to his UCL that required Tommy John surgery, forcing him to miss the entire year.

Perez enters the 2020 season healthy and ready to bounce-back. But at his current ADP, it seems he’s being drafted with the expectation that he will return the same player as before. As the seventh catcher off the board on NFBC and sixth on Fantrax, that’s a fade for me.

Perez’s previous value had a lot to do with the amount of playing time he was getting. Coming off a significant injury, I don’t think the same volume will be there. He played all those games at DH, who’s at DH now? Jorge Soler. Perez isn’t taking time from Soler. At first base? Ryan O’Hearn, who was having a tremendous Spring Training, and Ryan McBroom are expected to platoon at the position.

Playing time aside, I tend to avoid a player in their first year back from a significant season-ending injury. Even if we can expect the same season he gave us in 2018, a .274 OBP isn’t going to cut it at that price.

Yuli Gurriel had a career year for the Houston Astros. The thing is, it came at the age of 35. Trusting a player to repeat a breakout at the age of 36 is a gamble I don’t see worth taking at his price. If you look at Gurriel’s season, he hit .298/.343/.541 with 31 home runs and five steals. A lot of that production came on the back of a ridiculous month of July in which he hit .408 with 12 home runs. The numbers aren’t sustainable.

A contact hitter for his career, Gurriel was absolutely helped by the juiced ball. In 2017, he had a higher hard-hit percentage, average exit velocity, and xWOBA, among other Statcast metrics. But he hit only 18 home runs that season. A 3.8% barrel rate doesn’t say much to his power either. Even if he did pull the ball more, can we really credit the Crawford Boxes for 13 more home runs than he put up in 2017 with better-batted ball quality? I have some serious doubts and avoiding Gurriel at his price.

Gleyber Torres is another player I’m fading this season. Yes, he hit .278 with 38 home runs. And his success against the Baltimore Orioles is well documented, with 13 home runs against the division opponent. But this is about the draft-day price you’ll have to pay, in hopes he repeats that.

With a 49th percentile average exit velocity and .262 xBA, I’m not counting on the same production, let alone in the second round of 15-team leagues or third round in 12-teamers. You aren’t getting much in terms of speed either, at a position you hope to get steals from, as Torres only stole five bases last year.

Are we forgetting the fact that Miguel Sano’s career-high in games played is 116, four years ago? He’s never surpassed 500 plate appearances. While it’s enticing to grab as much of the Twins’ offense as you can, I’m avoiding Sano at his ADP. This is especially so in H2H formats, where you can’t count on him to come through for you week in and week out.

There’s no doubt that Sano has monster power. Maybe he’s worth a gamble in Roto leagues where you can have a replacement player add their stats to what Sano gives you. But even so, with a strikeout rate over 35% in every season, his batting average is incredibly volatile. Here’s are his averages since 2015: .269, .236, .264, .199, and .247. So what can we expect, a .250 average and 30-35 home runs in maybe 500 plate appearances? How many of those players can we find later in the draft?

And while we love the Minnesota lineup, where is Sano hitting? You’ve got Max Kepler, Jorge Polanco, Josh Donaldson, Eddie Rosario, Nelson Cruz, Mitch Garver, and Luis Arraez, all likely to bat ahead of him. Maybe you slot Sano in at seventh, it’s still not ideal. He may pay off for someone else, but he’s a fade for me.

Don’t get me wrong, I’m a fan of Marcus Semien, but I’m avoiding him in the top 100. Semien had a career year, hitting .285 with 33 home runs and 10 steals. While he has improved his plate discipline and increased his contact rate over the last three years, a .030 increase in batting average is a lot to ask for. Now we’re asking a career .256 hitter to do it again at his ADP. I don’t expect his average to fall back down to his career norm, because he has made gains there, but I wouldn’t expect .285 again.

Semien led all of baseball with 747 plate appearances in 2019. Only nine hitters exceeded 700 plate appearances. In 2018, that number was 10, and yes, Semien was one of them with 703. But it’s unlikely that Semien reaches the mark he set last season. So I would expect regression across the board. With a 44th percentile exit velocity and an 8.5% barrel rate in a cavernous home park, I think 25 home runs is a realistic expectation.

Danny Santana came out of nowhere last season and hit .283 with 28 home runs and 21 steals. When a 29-year-old journeyman breaks out and is now a top 150 pick, it’s going to draw my skepticism. Santana had a lot go his way in 2019. His .353 BABIP was well above his career norm, and he displayed a career-worst contact rate at 71.5%. The plate discipline is just downright terrible with a 15.7% swinging-strike rate and 41.9% chase rate, giving him a 4.9% walk rate. If the batting average drops as it’s expected to, we could be looking at an OBP under .300 for Santana. And if that’s the case, you have to wonder how safe his job would be given that the Rangers are looking for a spot to play Nick Solak once Willie Calhoun recovers from his broken jaw. At his price, I’m avoiding Santana.

Part of Bauer’s value came in the fact that he was able to pitch deep into games with Cleveland, even if it wasn’t a quality start. So he was still able to redeem some value for those in H2H leagues or chasing strikeouts in Roto. But in Cincinnati, he failed to pitch at least six innings five times in 10 starts. Meanwhile, he had the same number of sub-six inning starts in 24 chances with the Indians. The venue change certainly didn’t help given that Bauer had allowed the highest fly-ball and hard-hit rates in the last three years. At his price, I just won’t have any Bauer this year, fading him for others going much later.

The problem, apparently, stemmed from arm fatigue. Hand had been pitching through it, which ultimately led to him being shut down for a period in September. Arm fatigue isn’t something you like to hear from a pitcher that only pitched 57 innings. Hand has plenty of skill. His strikeout stuff is elite, but the injury to end the season does worry me along with the team context. He could be one of the first players traded this season, and if so, it’s no guarantee that Hand would be closer elsewhere given that he’s a lefty. Not to mention the young arms behind him, such as Emmanuel Clase and James Karinchak. There’s just too much risk for me to take Hand where he’s going, making him someone I’m avoiding this season.